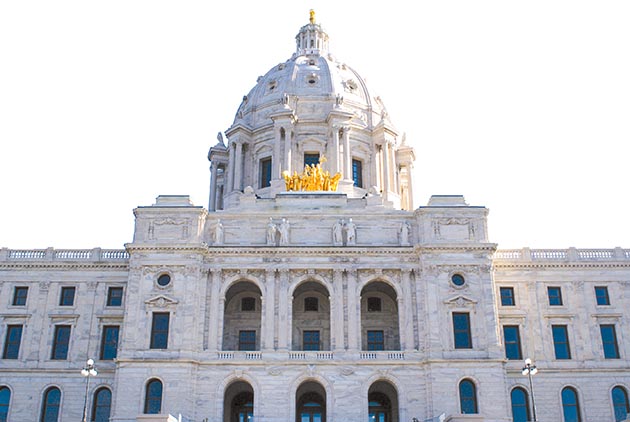 State Rep. Ilhan Omar’s decision to run for Congress opened her seat in the Minnesota Legislature, where she represents a district located east and north of downtown Minneapolis.

Mohamud Noor had just two hours to decide if he was going to run again to represent District 60B.

Noor was thrown into a “quick decision making process” whether to fill the vacuum left by one-term incumbent state Rep. Ilhan Omar when she decided not to run for re-election, but for U.S. Rep. Keith Ellison’s congressional seat.

Noor said the district is unique because of its assortment of demographics, from immigrants and low-income families to University of Minnesota students.

“You have to be more fluent in all those cultures, and be able to communicate and engage them,” he said.

Education is a central issue for Noor, a former director of Minneapolis Public Schools whose wife is teacher and four kids attend public school in the city. If elected, Noor said he would pursue free tuition for young people unable to pay for college and focus on gaps in funding for special education.

The majority of the district is renters, Noor said, and residents are having trouble funding subsidized and naturally occurring affordable housing. A solution is needed to create a model that can protect existing housing and create more sustainably.

“If we don’t address that, we’re going to have a major crisis in a few years,” he said.

Representation is key. Noor said he may be the state House’s only black male legislator, a demographic that faces high disparities in education, employment and wealth. If elected, he said he’d be a “champion” of addressing those issues.

Glencoe, Minnesota native and college student Joseph Patiño is running to represent an area that includes the University of Minnesota, which is reflected in his platform.

Patiño, who did not return several requests for comment, is an operations manager at a real estate investment company and a student at Western Governors University, according to his campaign website. Previously, the Como resident interned for Sen. Mike Lee, the junior Republican senator of Utah.

Much of Patiño’s platform is focused on reducing costs for students and making it easier for them to get a degree, including supporting an associate degree program for Minnesota high school students.

Patiño would like to see a year-long program for out-of-state residents to become temporary residents of Minnesota upon their acceptance to a local college or university. For in-state students, he would support reducing taxes for families of enrolled students. Universities should be subject to review to freeze or reduce tuition, his campaign website says.

Immigration reform is also a big part of his platform. Patiño, who said he’s the son of an immigrant father and Hispanic mother, would work with federal officials to reform immigration policies and reinforce the state’s current stance on Dreamers, or undocumented children and young adults who have lived in the country for years and have a right to stay in the U.S. under the federal DACA program.