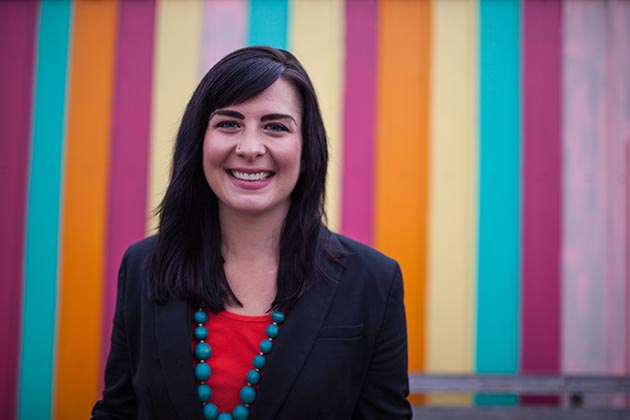 Jillia Pessenda is a communications and development consultant

A Duluth native who resides in Northeast’s Windom Park neighborhood, Pessenda said Ward 1 needed “a progressive champion with the vision and courage to challenge the power brokers in City Hall” in a press release announcing the formation of a campaign committee. This would be her first run for public office.

“I believe that now more than ever in recent history, we need proactive leadership in City Hall who are going to drive progressive issues forward and be a champion for a shared progressive values,” she added in an interview.

Asked about her top priorities if elected, Pessenda said she would fight for working families, “and that means passing a minimum wage of $15 an hour,” she said.

Pessenda said she wanted to “keep Northeast an affordable place to live,” and would support doing so through an ordinance that required mixed-income housing development.

Pessenda is also a proponent of urban agriculture. She is a cofounder of Northeast’s California Street Farm and serves on the Homegrown Minneapolis Food Council.

Reich confirmed he plans to run for re-election to a third term next year. The ward he has represented since 2009 stretches from Columbia Park and Waite Park in far Northeast to the Southeast neighborhood of Como, near the northern edge of the University of Minnesota’s Minneapolis campus.

On the issue of a $15 minimum wage ordinance, Reich described himself as an “aim and shoot” policy maker, preferring to wait until the city has conducted further engagement and outreach with residents and business owners to make a decision. The ordinance is expected to come back in front of the council next spring.

He said Council members must get a better sense of how local minimum wages have played out in the other cities that have enacted them while also keeping in mind the ordinance’s potential impact on small and mid-sized businesses.

“Ward 1 is defined by small businesses,” Reich noted. In the mid-city industrial area, Ward 1 has one of the largest concentrations of jobs outside of the downtown core, he added. 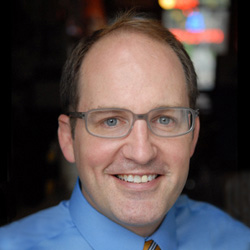 Reich said he aims to move on the issue of housing affordability in part by addressing another significant cost-of-living expense: transportation. The chair of the Council’s Transportation and Public Works Committee, he said he would work to support existing transit options and expand service by promoting housing density on transit corridors, which creates the conditions needed to introduce more high-frequency routes.

Reich said he also has made pollution remediation a priority, noting his ward contains a large amount of active and historic industrial properties.

Responding to Pessenda’s call for more “proactive” leadership at City Hall, he said, “I don’t know how I could be more proactive, when a lot of the work I’m continuing to work on are issues I was working on before I was elected.”

Reich had about $18,000 to run a re-election campaign at the time of his latest financial filing with Hennepin County. He said he’d started fundraising for a 2017 run and planned a formal campaign launch next year.

Pessenda moved to Northeast Minneapolis in 2005 after graduating from the University of Minnesota. She previously worked with Project 515 on the successful campaign to pass a marriage equality bill in Minnesota and was also a staff member at OutFront Minnesota, a nonprofit working for LGBTQ equality.

As the finance director for Omar’s successful campaign, she helped to elect the first Somali-American state legislator in the country.

Pessenda was one of several people in recent weeks to announce plans to challenge a sitting council member in 2017. In Ward 7, Janne Flisrand plans to run against incumbent Council Member Lisa Goodman. Challengers have also announced campaigns in North Side wards 4 and 5.