One-hundred and six people died in traffic crashes in Minneapolis in the last decade, and a new study is looking into where and why those crashes happened and what can be done to prevent more from happening in the future.

The City of Minneapolis recently released a pedestrian crash study looking at 3,016 crashes from 2007 to 2016. The study will be used to inform the City’s “Vision Zero” effort to eliminate traffic fatalities by 2027 and to help prioritize pedestrian safety investments.

The study does not include people injured or killed in 2017. So far this year, six people have died while walking in Minneapolis.

Thirty-three-year-old Yasin Dualeh and 70-year-old Michael Webb were killed in separate instances while trying to walk across Hennepin Avenue downtown. Three-year-old Hamza Abdillahi was killed trying to cross the street to his house in Phillips. Charles Coleman, 46, was killed by a semi-truck, and 19-year-old Jordan Nisan was killed by a train, both near the University of Minnesota. Stacy Buckanaga, 49, was purposely run over and killed in Corcoran. They all died too soon.

We can and must do better. Hopefully this crash study can help.

Busy commercial streets have most crashes

Perhaps unsurprisingly, busy commercial streets have the most crashes.

Hennepin Avenue has seven of the 25 worst intersections in the city. Lake Street and Franklin Avenue each have six. Lyndale Avenue has four.

The four worst intersections for walk crashes are:

Much has been made of the City’s recent traffic calming on 26th and 28th streets and Blaisdell Avenue. That work is being driven by data that clearly show that the more lanes, the less safe the street for people walking. 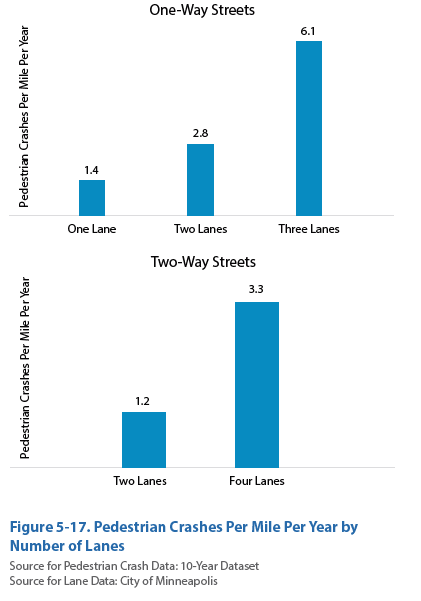 The study found “there is an overrepresentation of crashes in non-white and/or impoverished areas” and notes that is consistent with national trends, which show that indigenous people, African Americans and Latinos are more likely to be killed while walking.

The study also found older adults are most likely to be killed while walking. 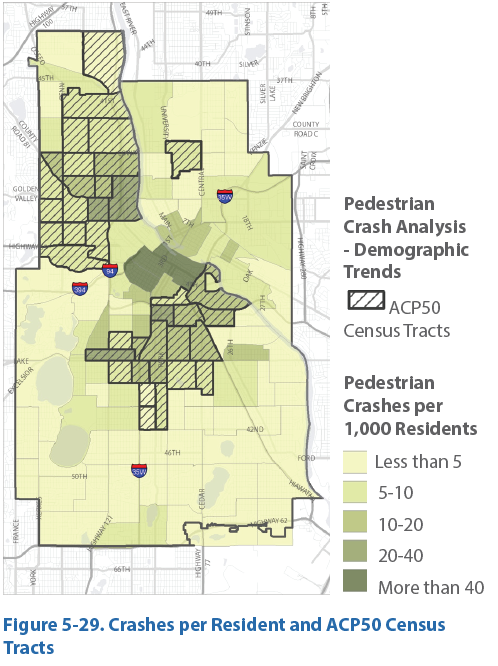 Watch out when turning left

The most likely situation for a pedestrian being hit is when a driver fails to yield when turning left with a person walking straight. Please pay attention when turning and watch out for people walking. 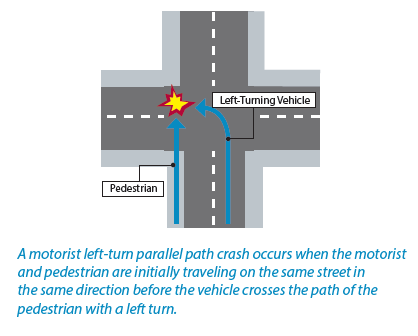 Open Streets Minneapolis events attracted nearly 100,000 people this summer, but they aren’t done yet. The first-ever Winter Open Streets at Holidazzle is 11 a.m.–5 p.m. Saturday, Dec. 16 on the newly reopened Nicollet Mall in the heart of downtown Minneapolis.

Join the celebration of streets and winter! The event is brought to you by the City of Minneapolis, mpls downtown council, Our Streets Minneapolis and Center for Prevention at Blue Cross and Blue Shield of Minnesota.

For more details, go to openstreetsmpls.org.

Ethan Fawley is executive director of Our Streets Minneapolis.