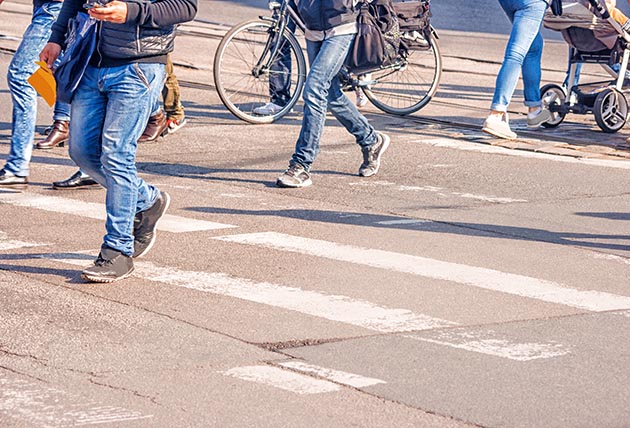 The way we build our streets and neighborhoods shapes our lives.

It determines whether we have a real choice to walk, roll or bike as we run errands, go to work and visit friends and family. It impacts whether people of all incomes can afford to live in and get around our city, whether people are safe in every neighborhood, whether air is clean and whether residents can be healthy.

Every ten years, cities across the region update their comprehensive plans, which guide long-term development, growth, housing, transportation and more. Minneapolis released their draft plan, called Minneapolis 2040, this spring and recently closed a public comment period. Planning department staff will review thousands of comments and will release a revised draft in late September before additional conversation and eventually City Council approval of a final plan later this year.

While housing rightly has garnered much of the discussion around the draft plan, I wanted to take a look at how the draft plan would impact walking and biking. Here are three key points.

One of the plan’s goals is Complete Neighborhoods, about which the plan states: “In 2040, all Minneapolis residents will have access to employment, retail services, healthy food, parks, and other daily needs via walking, biking, and public transit.”

This is an important goal because it gives residents the option to live without a car, which is currently challenging in many parts of the city.

To achieve this goal, the plan allows more housing to be built, especially near transit, retail, and jobs; allows more commercial development in areas of demand; looks to build new parks where there are gaps in park access; and looks to improve access for walking, biking and transit.

The plan’s transportation sectionstates: “The Transportation policies of this plan support a multimodal network that prioritizes walking, biking and transit. The policies are intended to achieve outcomes that increase equity in our transportation system, address climate change and reduce carbon emissions, improve human health through improved air quality and increases in active travel, and enable the movement of people, goods, and services across the city.”

The prioritization of improvements for walking, biking and transit recognizes the Complete Streets policy the City Council adopted in 2016.

That is because the Minneapolis 2040 draft was created by the city’s Community Planning and Economic Development, not the Public Works Department. Public Works has started the process for updating the city’s Transportation Action Plan, which will include a lot more details.

For people interested in forthcoming street improvements in walking and biking, you’ll want to track the Transportation Action Plan update. That is where the future bicycle network will be set, where policy around potential greenways will be adopted and where the dity could look at policies to make walking safer through traffic calming.

Public Works will be sharing more information this fall and engaging with people on the update. You can learn more about the plan and sign up for email updates at ci.minneapolis.mn.us/publicworks/gompls/comp/index.htm.

A complaint I have heard in recent years is that much of new development is not very focused on creating a great walking environment.

The draft Minneapolis 2040 plan has an entire policy, “Pedestrian-Oriented Building and Site Design,”that looks to change that. This section is one of the most important improvements for walking and biking in this plan.

This policy requires new buildings have direct connections to the sidewalk, have windows facing sidewalks, do not have long blank walls facing sidewalks and be conscious of wind currents and shadows.

The policy also tries to reduce the impact of car parking and auto-oriented businesses on walking safety and comfort. It would no longer require car parking in any new development.

The policy also would prohibit new drive-throughs and gas stations, which create safety challenges for people walking. It would ensure that bicycle parking, storage lockers and changing and shower facilities are included in more new development as appropriate.