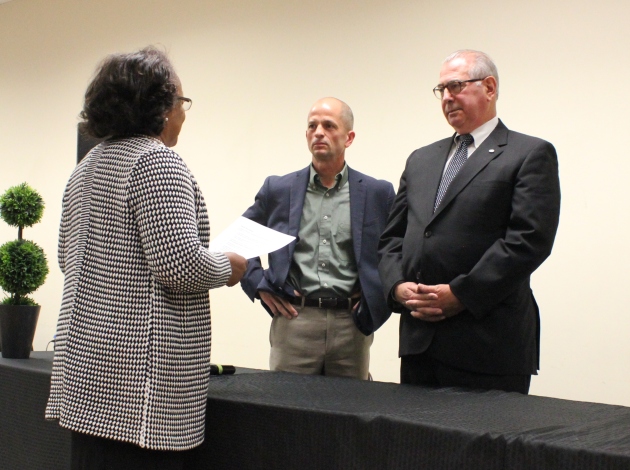 The race for Hennepin County Attorney offers a challenger focused on second chances and an incumbent focused on deep experience.

The DFL-endorsed challenger, Mark Haase, said he grew up getting into trouble by shoplifting, damaging property and smoking marijuana before school in sixth grade. When good people intervened, he said he went on to attend college and enter the Coast Guard.

“I thought that I had pulled myself up by my bootstraps,” he said. “…If my skin had been a different color, things might have turned out differently.”

Haase co-founded the Second Chance Coalition, served on the Council on Crime and Justice and led the campaign to “Ban the Box,” which stops employers from inquiring about criminal history in initial applications.

Incumbent Hennepin County Attorney Mike Freeman’s background includes eight years in the Minnesota Senate and 19 years in the attorney’s office, where he highlighted his work to open a domestic abuse service center, operate gun collection programs and work to divert curfew cases from court. A civil trial specialist, Freeman said he aims to try at least one case every year. The “scariest” thing he ever did was appear before the Supreme Court in 1993, Freeman said, adding that he’s glad he didn’t have to appear before Supreme Court Justice Brett Kavanaugh, who he has a “hard time calling a justice.”

The candidates covered a wide range of topics in a debate Oct. 9 hosted by Black Votes Matter and moderated by former Minneapolis Mayor Sharon Sayles Belton (Video is available via North News.) 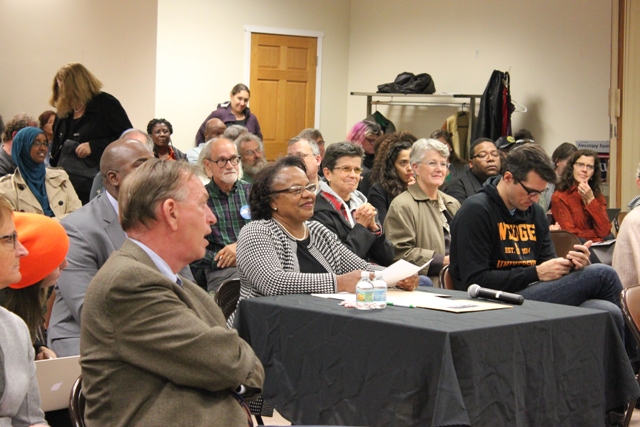 Haase said he would move away from prosecuting marijuana offenses and would advocate for legalization, partly because of racial disparities in prosecution. If the public defender’s office had not highlighted a downtown marijuana sting, in which 46 of 47 people arrested were black, people’s lives were nearly ruined, he said.

Freeman said those cases arrived over a three-month period along with 1,000 other cases. He had diverted some of the cases and later dismissed the rest, he said, adding that he typically does not charge cases involving small amounts of marijuana.

Freeman said his office diverts one-third of juvenile cases and has reduced school referrals by 70 percent. Youth in juvenile detention dropped by more than 50 percent in the past five years, he said, and he highlighted special courts focused on drugs, mental health and veterans.

Haase said the county must expand diversion and restorative justice programs, however, and he pressed for restorative justice in felony cases as well. Sitting across from people you’ve harmed is a greater level of accountability than a fine, he said. 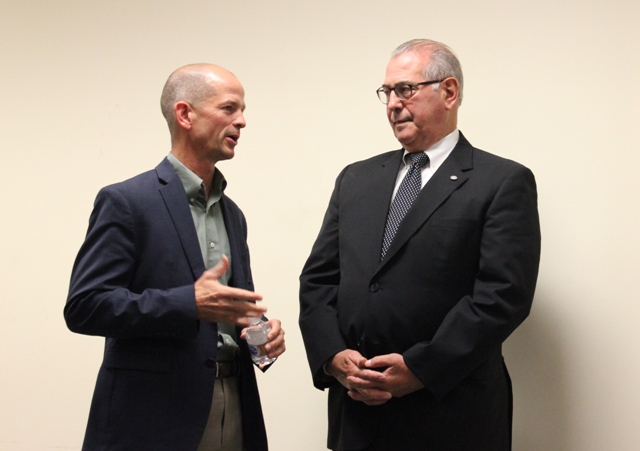 Haase also wants to give judges more discretion on whether to hold public hearings for juveniles charged with felonies, rather than automatically create a public record that can create barriers later in life.

Freeman disagreed. In such cases, he said, the community is entitled to know who perpetrated serious crimes.

Haase said he wants to move toward ending cash bail. Cash bail hurts people with lower incomes, he said. Freeman countered that 80 percent of people are released from jail before their case, and most others are detained in the interest of public safety. He noted that Minneapolis police no longer take people to jail who don’t show up in court, and instead issue a new court date.

Sayles Belton asked Freeman whether race played a role in his decision to charge officer Mohamed Noor, who is black, in the fatal shooting of Justine Damond.

Freeman said he strongly disagreed. He said he relies on the evidence and police standard in each case, charging and convicting nine Minneapolis officers in the last six years for a range of crimes. He explained his decision not to use a grand jury, a process that conceals details from the public, and said all of the case information is posted online.

“It’s the most transparent process in police officer shooting cases that I’m aware of in the United States,” he said.

Haase also would not use grand juries and would make charging decisions himself, he said, relying on a new panel that’s representative of the community to advise him.

“If we don’t trust the system, the system is not going to work from top to bottom,” he said.

Haase said he would not second-guess Freeman’s police charging decisions from afar.

Freeman said plenty of others have tried to Monday-morning quarterback, and he challenged Haase to evaluate the evidence and tell voters his opinion.

A second debate is Oct. 23 at 6:30 p.m. at North High School, hosted by the National Council of Jewish Women, Jewish Community Action, League of Women Voters and the American Civil Liberties Union. 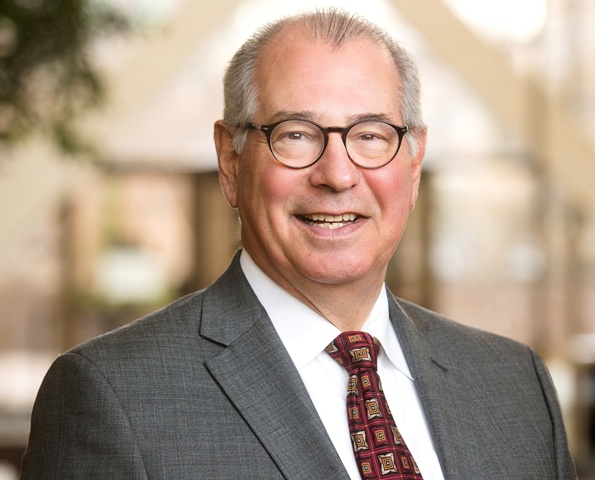 Top priorities for a new term: First, automatic expungement for those who successfully complete diversion. Second, legislative reform of our existing expungement process to allow other low-level offenders to more readily obtain expungements. Third, restoring the right to vote to felons as soon as they are released from prison. Fourth, I will work on reducing the time between the criminal charge and resolution of the case.

How would you approach police shooting cases in a new term?

I listen to community input. These conversations prompted me to discontinue the 40 year practice of utilizing the grand jury to make the charging decision in officer involved shooting cases. This decision has expedited the process and made it more accountable and transparent. The residents of Hennepin County deserve to know who makes the ultimate decision and what evidence the county attorney uses to make those decisions.

I am supportive of a statewide conversation about whether county attorneys should continue to handle officer involved shootings that arise in their own county.

How should the office continue to address racial disparities?

We have already mandated training for all staff to help us understand implicit bias and provide strategies for assuring that our decisions are based on evidence.

We must increase the diversity of our office to better reflect the community we serve. Since 1991 our attorneys of color have increased from 3 percent to 24 percent.

Our office has funded a full-time outreach coordinator to contact juvenile youth of color eligible for diversion. Disparities in this area have dropped precipitously.

We are also responding to disparities and reviewing practices in the child protection system.

We have invested in juvenile justice reforms, diversion programs, and specialty courts. We have also helped lead the sweeping drug sentencing reforms during the 2016 legislative session. Going forward I will be working with leaders, advocates, and communities across Hennepin County to address disparities and make the system work for everyone.

Why are you best for the job?

As Hennepin County Attorney, I have dedicated my career to protecting public safety through strong ethical prosecution.  I have worked hard to make our office more diverse. I have also tried to find creative alternatives in handling low-level offences. That, in turn, has allowed us to use our resources to attack the crimes that everyone rightly fears and take on complicated cases other prosecuting offices cannot handle.

A prosecutor’s decision to charge or to decline to charge starts the process or ends it. I insist my prosecutors approach those decisions with integrity, a complete understanding of all available evidence, and a strong commitment to justice.

I spent eight years in the Legislature crafting laws, where I helped pass laws that made the criminal justice system more transparent and just. I continue to advocate for laws to ensure all people, no matter which community they live in, or how they identify, can feel safe, are treated fairly and with dignity, and that they will receive justice.

I believe that I have made the tough decisions this job demands with thoroughness and with integrity. Even if some may disagree with the decisions, they believe they were treated with respect and fairness. 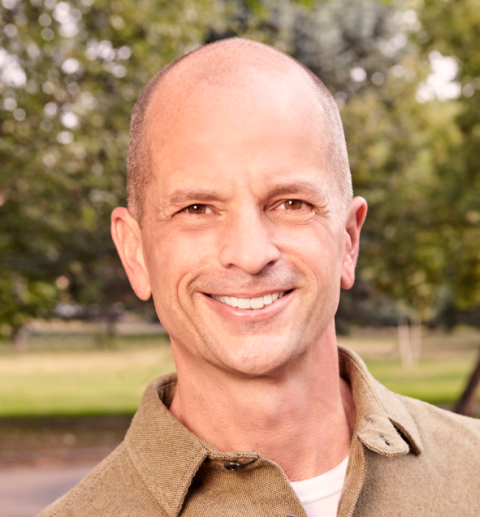 Top priorities: I’m running for Hennepin County Attorney to create a fair and accountable justice system. As the next County Attorney my priorities are as follows: bring transparency and accountability to the system, implement fairness in charging and sentencing, refocus resources on sexual violence and other violent crimes, reform cash bail, and promote second chances through expungement and expanded diversion.

How would you handle police shooting cases?

To ensure transparency and accountability in charging decisions regarding police use-of-force cases, I will make several changes. First, I will create an advisory panel with appropriate independence and autonomy to provide charging recommendations in police-involved incidents. This change can be started immediately. The panel will consist of experts who reflect the diversity of our community, and will assist me in making the most sound decision, as well as mitigate any internal biases. The ultimate charging decision will still be mine to make.

I will also advocate for the broader changes necessary to create an independent prosecutor’s office to handle police-involved incidents.

How should the office address racial disparities?

I will end practices in Hennepin County that perpetuate and deepen the racial inequities in our society, for example the inequitable prosecution of marijuana laws. For over a decade I’ve been at the forefront of statewide reforms such as ending the use of criminal records on job applications, expanding grounds for juvenile and criminal records sealing, and reforming Minnesota’s drug sentencing laws.

As County Attorney, I will release an annual report with data about race, age, and charge to show who we have prosecuted, what sentences we have sought, and whether we have followed through on our vow to reduce the disparities of our system. I will broaden expungement access and utilize the full extent of expungement law. I promise to support and participate in regular warrant forgiveness days.

In addition to those specific reforms, I’m dedicated to actively involving community in my policy making process. Through an innovative Community Advisory Board I’ll work to rebuild trust in our justice system.

Why are you best for the job?

We need a new kind of leadership in the County Attorney’s Office, one that accepts responsibility for shortcomings, creates system transparency and accountability, and works with the community and other stakeholders to problem-solve both within and upstream of the justice system.

I’ve spent the last decade identifying and solving problems in our justice system. I will continue this kind of leadership as County Attorney, and will develop structures and policies that will institutionalize system transparency, accountability, and collaboration. I also have extensive management experience and a deep and broad understanding of our legal system, developed through my policy work, civil litigation practice and representation of the State in felony sentencing at the Ramsey County Attorney’s office.

The incumbent has been in office 20 years and is only now, in response to a challenger, starting to change some of the policies that have led to mass criminalization, some of the highest racial disparities in the country, and inadequate responses to violent crimes like sexual assault. I am the best for the job because I have the vision, skills and experience needed to make the changes we need and that will help to build a safer and stronger Hennepin County.