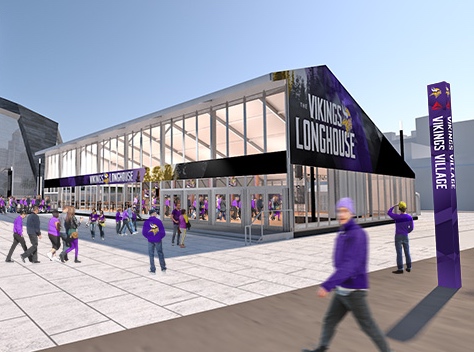 Images courtesy of the Minnesota Vikings

An 800-person bar and music garden will be open before and after games.

The Minnesota Vikings now have a stadium nearly twice the size of the Metrodome, and the team hopes to have a pregame experience to match its new home.

The Vikings are planning to expand on game-day activities for fans with or without tickets through an 800-capacity bar and concessions building in a Vikings Village area outside the $1.1-billion stadium. The Longhouse, an aluminum-frame structure with glass walls measuring 67 feet wide and 115 feet long, will welcome football fans all season with its climate-controlled space, according to a release.

The team is encouraging fans to hang out before and after games by opening the Longhouse two-and-a-half hours before home games and keeping it open two hours after games. Outside the venue Vikings fans can also enjoy a stage with live music, a beer garden and interactive displays near the U.S. Bank Stadium light rail station.

“It’s really an extension of all the different hospitality spaces within U.S. Bank Stadium on non-Vikings game days,” said Dannon Hulskotter, the team’s vice president of marketing and fan engagement, in a statement. “It’s not just a game-day asset. I think it’s going to be something that the [Minnesota Sports Facilities Authority] and [stadium operator] SMG will want to utilize.” 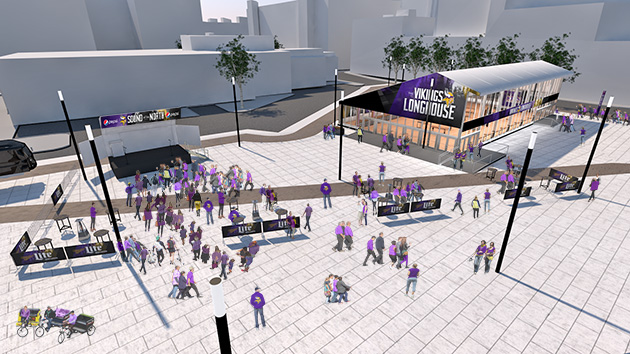 Game-day activities will also spill over onto the eastern half of the two-block Commons park adjacent to U.S. Bank Stadium. The grassy area, located between 4th and 5th streets and Portland and Park avenues, will feature family-friendly activities and will be alcohol-free. With the recent opening of the park’s western block, the entire Commons is now open to the public.

“I think for residents that have families, The Commons is a great option for them, even if they don’t have a ticket for the game,” Hulskotter said. “They can come and take part in those activities, and there’s going to be a certain level of excitement and atmosphere that the expanded fan-engagement area outside of U.S. Bank Stadium will bring.” 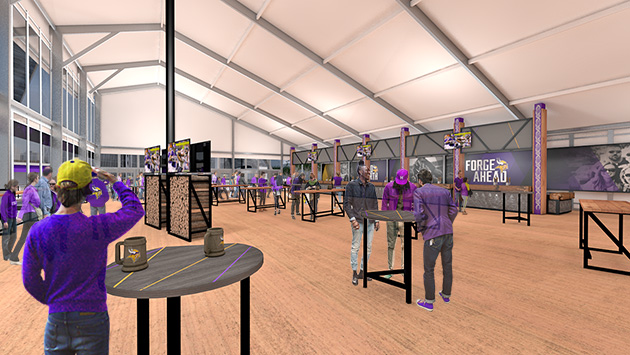 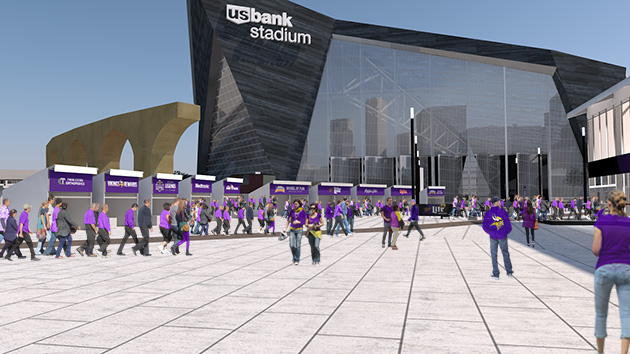