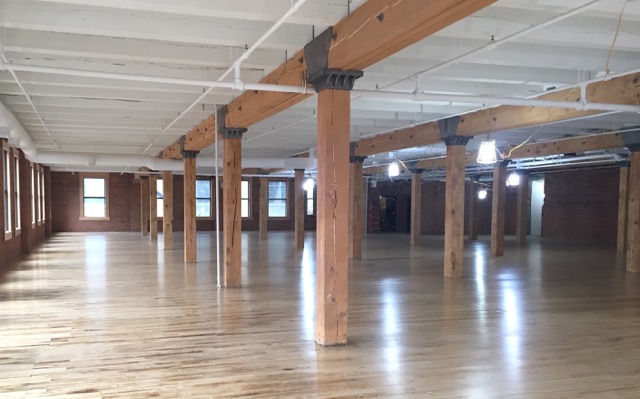 Gordy Stofer, the Minneapolis-based developer’s vice president of office development, said the project gives them an opportunity to “imagine new possibilities” for the nearly 150,000-square-foot building, a downtown mainstay since 1896.

“Kickernick has its own compelling character, which is impossible to recreate, and our renovation simply enhances that character, adding creative and appealing new office spaces that are unique to Minneapolis,” Stofer said in a statement.

The renovations will bring the building closer to what it looked like at the end of the 19th century. The work will consist of removing non-original dropped ceilings and drywall to expose original building materials. United Properties plans to build a new lobby atrium with open seating, collaboration stations and a more prominent entryway on 1st Avenue. The building will get new elevators, renovated bathrooms and amenities like bike storage and showers.

The developer expects to complete the project in the third quarter of this year. Work on the sixth floor is already done and leasing has begun for the 22,000 square feet of office space.

The Kickernick Building, at 430 N. 1st Ave., was originally built as a factory and warehouse for the North Star Boot & Shoe Co. Its name is a relic from the Kickernick lingerie company, which once occupied the building.

The building is 75 percent leased. Tenants include a Commes les Cafés/Tara Café on the ground floor.

The project is one of several historic renovations United Properties has done, including the nearby Ford Center and the Loose-Wiles Building in the North Loop.

“Similarly, Kickernick building has a rich architectural history that we look forward to celebrating with this renovation. It is also part of our ongoing commitment to help maintain the relevance of historic buildings in the Warehouse District and North Loop,” Stofer said.