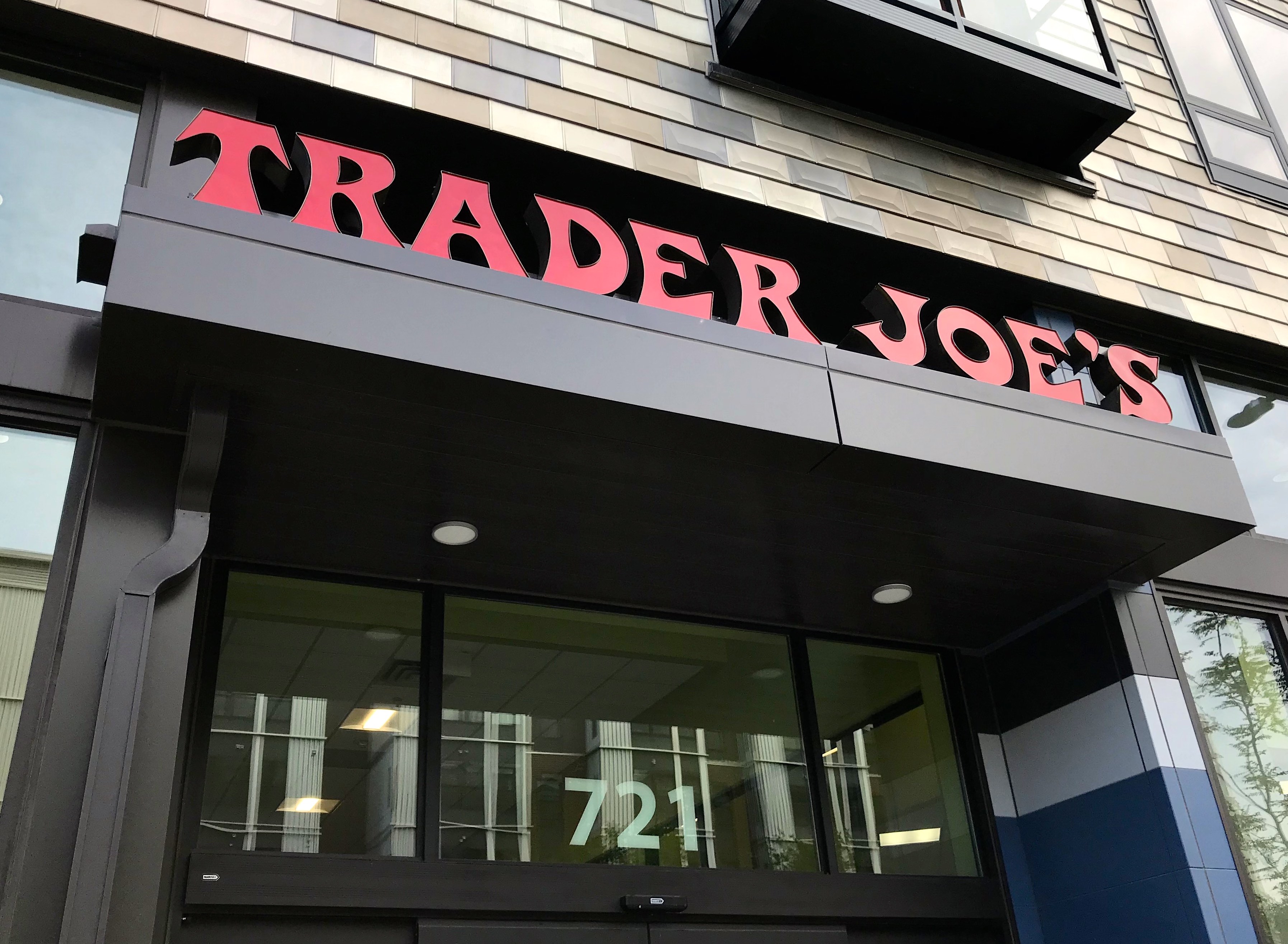 Trader Joe’s opened a grocery store July 20 inside the East End apartment building at Washington & Chicago. The 10,700-square-foot store is the California-based grocer’s eighth location in the Twin Cities metro area. Alongside the grocery store is a separate 1,600-square-foot liquor store with wine, beer and spirits. It’s the latest commercial tenant in the 181-unit apartment building developed by Sherman Associates. A Jimmy John’s restaurant opened earlier this year on the main level of the building and a Starbuck’s café will soon follow. Trader Joe’s is the only major grocer on the east side of downtown, which has seen the openings of a Lunds & Byerly’s in Loring Park and a Whole Foods in the North Loop.

After an accepted proposal from Mortenson failed to move forward, the city has reopened a request for proposals for 800 S. Washington Ave., which has garnered four responses ranging from eco-friendly offices to condominiums. St. Louis Park-based 45 North Group is proposing a five-story, energy-neutral office building. Oppidan is proposing an office building of up to eight stories. AECOM is proposing an 80-unit condo building with retail and office space. Sherman Associates, one of the original developers that was vying to develop the parcel near the Guthrie Theater, is proposing a 10-story building with a two-story Pinstripes restaurant and bowling alley, apartments, office space and a skyway connection. The city hopes to enter negotiations with a developer early this fall. 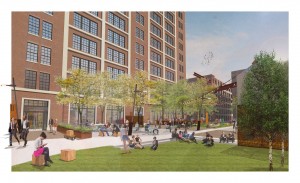 United Properties and Greco have announced the branding for their latest residential project in the North Loop. Sable will be a 57-unit residential building alongside the Nordic Building, a nine-story office and retail building under construction on Washington Avenue. Sable will be home to “boutique-styled” apartments, including two two-story, one-bedroom penthouses, five two-bedroom penthouses and 50 alcove and one-bedroom units. Amenities will include a lounge with bar service a couple nights each week, an outdoor rooftop lounge with grilling kitchens and fireplaces and smart home technology. Ovative Group has signed on to anchor the 200,000 square feet of office space in the projects. The developers are pursuing Well certification for the building, a complementary designation based on its use of green materials and energy efficiency. 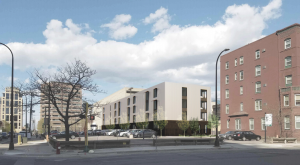 House of Charity is moving forward with a proposal to replace a vacant one-story building and expand its footprint in downtown Minneapolis with permanent supportive housing. The nonprofit is planning to construct a new four-story, nearly 37,500-square-foot building on Park Avenue between 7th and 8th streets. The building will have 61 single-room efficiency apartments, along with management offices, a bike storage room and a community room. The City Planning Commission voted July 16 to approve the plans via its consent agenda. The proposal doesn’t include any parking on the site. Residents would have access to a secured outdoor space and a pet relief area.

Sherman Associates has formally submitted a preliminary proposal for a group of buildings, a 22-story market-rate apartment building among them, that surfaced in reports earlier this summer. The Minneapolis-based developer is proposing the 222-unit tower with 220 parking stalls for the northeast corner of the site at Washington & Portland. The project also calls for a six-story mixed-use building with 90 units of affordable housing at 3rd & Portland, a new, three-bay, roughly 20,000-square-foot fire station and a 312-stall parking ramp off 3rd Street South. Amenities in the tower would include a pet area and spa, Wi-Fi coffee lounge, fitness center, yoga studio, pool and terrace deck. There is no height limitation under the site’s current zoning, B4S-2 or Downtown Service District.

After another month of meeting with Loring Park residents and refining its proposal, Reuter Walton Development got the approval of the City Planning Commission for a new six-story apartment building on the downtown end of Eat Street. The CPC approved a rezoning to a C2 Neighborhood Corridor Commercial District, a conditional use permit to allow for a height of six stories and several variances related to setbacks. The project has drawn criticism for displacing several restaurants and residences on the popular stretch of businesses and low-rise buildings. ESG Architects is responsible for the building’s design. It features 8,850 square feet of retail space, 162 parking stalls and recessed walls to make room for outdoor dining.

Doran Cos. and CSM Corp. are in the planning stages of redeveloping the former General Mills Riverside Technical Facility in the Marcy-Holmes neighborhood, a site that could see multiple residential towers or apartment buildings. The 6.8-acre site, located along University Avenue Southeast, is home to the 1970s–’80s-era facility, which the city has determined has no historic relevance. Under the Minneapolis Plan for Sustainable Growth, the site, zoned I-1, could see up to 200 units per acre. Or, due to its location near downtown and the University of Minnesota, it could see as much as 800 units per acre, according to the developers’ assessment submitted to the City Planning Commission Committee of the Whole. They are currently building The Expo, a 25-story apartment complex, on the neighboring block, which used to be a surface parking lot.

Abdulle Properties is proposing to build six owner-occupied single-family homes in the Beltrami neighborhood of Northeast Minneapolis. The developer is planning the homes as a cluster development, a designation that will allow the homes to share a lawn, which would feature a children’s play area, six patios and a fire pit. The homes are proposed for a roughly 30,000-square-foot, irregularly shaped lot at Winter & Fillmore that the applicant says has been vacant for decades, according to plans approved by the City Planning Commission on July 16. 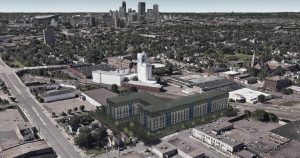 Schafer Richardson has unveiled a preliminary proposal for two new buildings in Northeast Minneapolis, a 175-unit affordable apartment building and a 5,250-square-foot maker space. The residential building would rise six stories on a nearly 117,000-square-foot 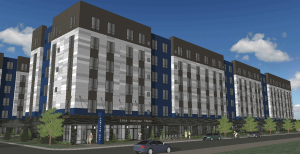 industrial site that currently serves as vehicle and trailer storage, according to plans submitted to the City Planning Commission Committee of the Whole. The “H”-shaped residential building would be 210,000 square feet and include public gallery space, a playground and a fitness center. The building, with a combination of studio, one-bedroom, two-bedroom and three-bedroom units, would be affordable for households at 60 percent or below the area median income.