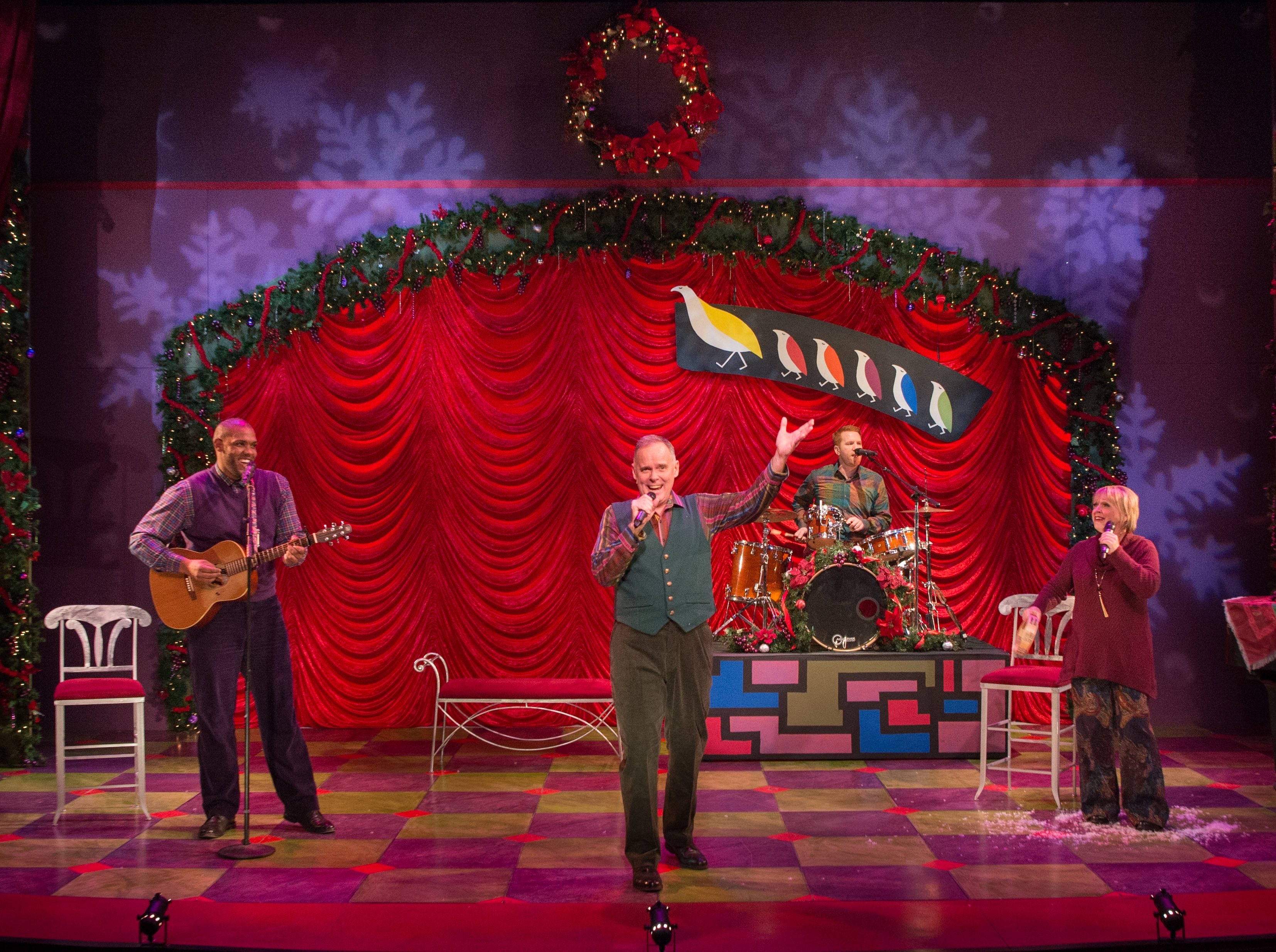 Tod Petersen is spending the holiday season pretending to be his mother on stage at the Ritz Theater in Northeast Minneapolis.

The actor and Columbia Heights resident is the star of “A Christmas Carole Petersen,” a 17-year-old show directed by Peter Rothstein, Theater Latté Da’s artistic director, that offers a twist on the popular tale of finding faith in Christmas.

The show, a staple from the rising non-profit musical theater company, has traversed venues over the years, from the Ordway Center to the Ritz, which Theater Latté Da purchased last year to make its new home. With its stage and admin offices in the historic building, staff with Theater Latté Da say the company is poised for growth.

“It really feels good to have a home and a neighborhood,” Petersen said.

The former movie theater has been a fixture in the Sheridan neighborhood for more than 90 years. The Ritz opened in 1926 and, over the years, has been the home of two performing arts company: Cricket Theatre in the 1970s and the Ballet of the Dolls for roughly the past decade. Without a permanent home, Theater Latté Da began using the roughly 240-seat theater a few years ago and moved ahead with the purchase last year.

The company, now in its 20th season, is no stranger to small theaters. Rothstein’s company got its start at the now-defunct Loring Playhouse, a 120-seat venue in Loring Park. The small size has led to longer runs of shows and more ambitiously creative work, Rothstein said.

“I’m not afraid to put adventurous work there because I don’t need to sell 2,000 seats a night,” he said. 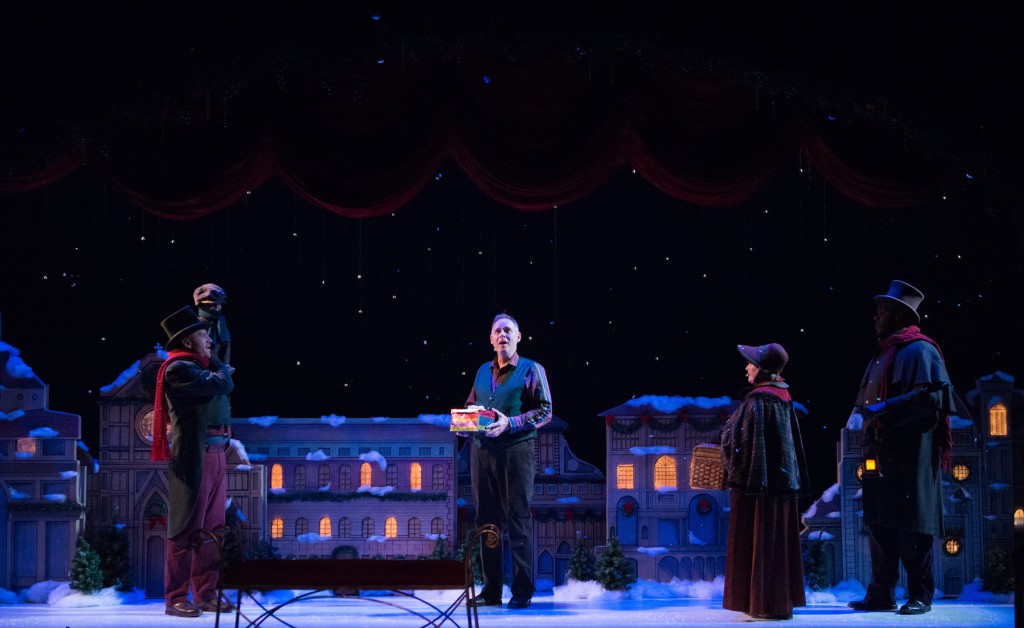 Not your mom’s “A Christmas Carol” 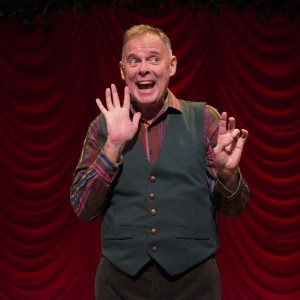 Petersen, an artistic associate and regular actor with Theater Latté Da, brought back “A Christmas Carole Petersen” by Rothstein’s request. The largely one-man show combines campy Christmas cabaret with the “A Christmas Carol” narrative of finding goodwill and the magic of the holiday.

For much of the show, the 6-foot-3 Petersen, this tale’s Scrooge, plays several characters, from the titular character — his mom with her Minnesota accent, Midwestern sensibilities and all — to a young, wide-eyed version of himself. The actor said the show isn’t exactly a documentary. Each character has several layers of enthusiasm added on.

“[My mother] is not as expressive, but as an actor I have to define my characters,” he said.

Straying from the traditional holiday story, “A Christmas Carole Petersen” delves into new territory as Petersen grapples with an over-functioning family, being a non-believer during Christmastime and depression. At one point, Petersen’s mom invites his ex-boyfriend to their holiday celebration during the height of his seasonal malaise.

Bringing the show back was an easy decision for Petersen, he said. For many actors, he said, Theater Latté Da is a company they aspire to work with.

“If they haven’t, they want to,” he said. “I think Theater Latté Da holds a valued place in the theater community just for excellence.”

Rothstein is a big reason why. Asked what he expects when he joins a Rothstein show, Petersen said the word “fun” comes to mind.

“Peter, along with his meticulous, thoughtful artistry, he’s hilarious, lighthearted [and] doesn’t take himself too seriously — [he] takes the work very seriously — but it’s a blast,” he said.

Rothstein said Theater Latté Da’s unique focus on musical theater, something theatergoers would typically see on Broadway, gives them a niche. A Stephen Sondheim show makes its way into each season.

The director said he wants the company to be “at the table” in producing the next generation of great American musical theater. As an art form, Rothstein said, musicals are shortchanged.

“It’s poetry. Its’ fashion. It’s drama. It’s putting all those arts forms on to the stage, and it’s thrilling to me,” he said.

Despite its humble home, Theater Latté Da is one of the fastest-growing performing arts companies in a dense Twin Cities theater scene.

Andrew Leshovsky, a marketing manager with the company, said the company’s subscriptions have exponentially grown in recent seasons. Theater Latté Da is adding more artistic and leadership staff while several of its most successful musicals are being restaged nationally in larger cities and getting globetrotting tours.

“We’re growing very quickly, which is a great problem to have,” Leshovsky said.

What’s next for the company? Building its audience in its new Northeast Minneapolis community. Many locals are still unaware that a high-profile theater company is producing nationally recognized work in a building that they may still think is vacant.

“We’ll have people that’ll just knock on the door and say ‘What’s going on? Who’s in here?’” Leshovsky said. “More than anything else, I think the neighbors were happy to have somebody come in and inhabit the space again.”

Rothstein said he wants the Ritz to be the area’s neighborhood theater. Theater Latté Da is building programs to reach residents, including a 13 for 13 program that allows people living in the 55413 ZIP code to buy $13 tickets.

The Ritz — an “icon of the neighborhood,” Rothstein said — gives the company a stage to be in the national dialogue on musical theater and grow their local audience.

“We’re invested locally in a way we have never been before because we’re owners of a building in a neighborhood of diversity [and] cultural exchange,” he said.