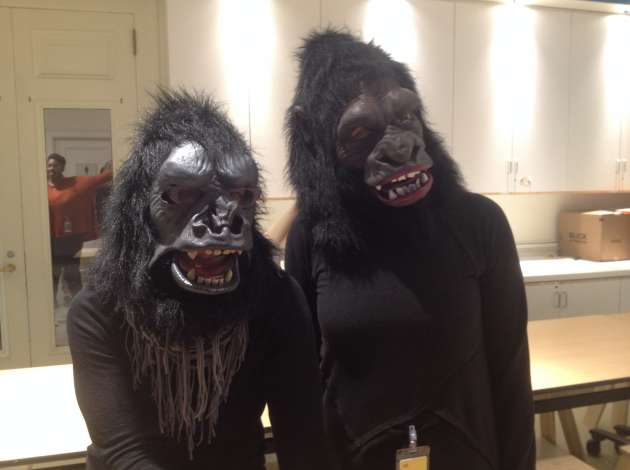 WHITTIER — It’s said a primatologist can tell members of a gorilla colony apart by the sizes and shapes of their noses. A reporter encountering two gorillas in a classroom at Mia — to use the Minneapolis Institute of Arts’ freshly rebranded nickname — must rely on other cues.

Across the table sits the gorilla known as Frida Kahlo, a smudge of magenta lipstick brightening her rubbery lips, and on her right is Käthe Kollwitz, who has also borrowed her pseudonym from a deceased female artist and whose distinguishing features include a scarf and fingerless leather gloves. Both are dressed head-to-toe in black.

These are the Guerrilla Girls — or at least two founding members of the feminist art collective — and the impassive masks they’re wearing are both a 30-year-old pun and a first-line defense of their anonymity. They’re in Minneapolis this early October day on a scouting mission several months ahead of a planned “takeover” of the Twin Cities art scene.

It was 1984 when the Guerrilla Girls debuted their brand of pointed, tongue-in-cheek activism, or “creative complaining with humor and facts,” as Kollwitz put it. That year, the Museum of Modern Art in New York City opened a survey of international contemporary art that included just a handful of women and almost no artists of color, a feat of astonishing narrow-mindedness by one of the art world’s most influential institutions.

The imbalance went way beyond MoMA’s hallowed hallways, so a small group of women decided to adopt guerrilla tactics and take on the art world’s patriarchal powers that be. Their hit-and-run advertising campaigns blasted the largely white, largely male gatekeepers of culture. The Walker Art Center recently acquired a set of 88 posters created by the group over three decades.

The Guerrilla Girls are still attacking racism and sexism in the arts, culture and politics, even joining the 2012 Vote No campaign to defeat a constitutional gay marriage ban in Minnesota. Recently, they’ve had their sights set on the distorting effects of income inequality.

The Guerrilla Girls are used to lobbing their critiques over museum walls, but in the case of the Twin Cities takeover the Walker, Mia and other local arts institutions are inviting them inside. It may be uncomfortable, the women acknowledged, but it will be exciting, too.

“We always knew there were good people inside institutions who wanted to change them, and now we’re making networks and webbings with them,” Kahlo said.

But it’s not just about them; dozens of planned events during the takeover, from workshops to gallery exhibitions to pop-up actions, aim to spread the Guerrilla Girls’ spirit of artful protest and help others find their voices. Whether it’s “creative complaining with humor and facts” or activism in an entirely different groove doesn’t much matter to them.

“Anyone who wants to be a Guerrilla Girl could do what we do on their own,” Kollwitz said. “They don’t really need us.” 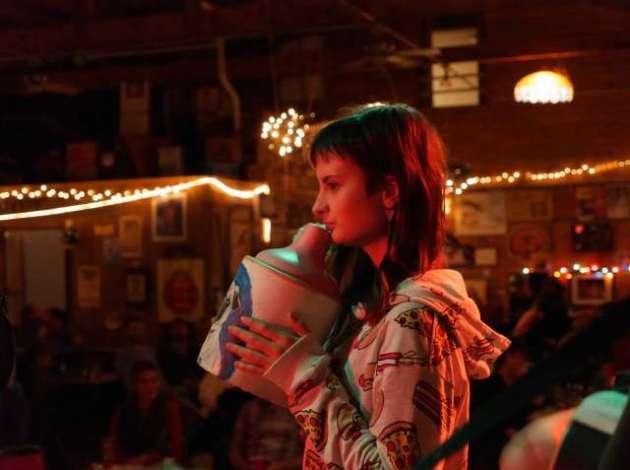 The annual Minneapolis Battle of the Jug Bands, a West Bank tradition going on 34 years, is billed as “the oldest and longest-running jug band get-together in the known universe.”

It’s also quite the party, and among the jolly faces in the crowd last year was East Harriet musician and filmmaker Jack Norton, just returned to Minneapolis after four years in Nashville with his wife, Kitty. He was shooting the final scenes of “Jug Band Hokum,” a documentary getting its world premier during this month’s Twin Cities Film Festival.

In Nashville, the Nortons created and co-starred in “The Zinghoppers,” an Emmy-winning hip-hop children’s show they produced for the local PBS affiliate. A break in filming gave them a chance to try something else, which turned out to be shooting a jug band documentary on a shoestring budget.

The exploration of a quirky, little-known subculture is a tried-and-true documentary format, but the jug band scene is a subculture with more quirk than most. The film includes guest appearances by Garrison Keillor and the ’90s hip-hop group Bone Thugs-n-Harmony, a clue to just how off-the-wall things get.

The film focuses on two Minneapolis bands: the Yoga Jug Benders, who Norton said spent far more rehearsing yoga poses than songs; and Show Me Your Jugs, whose name is maybe half as provocative as attention-seeking front woman Amnesia Starr.