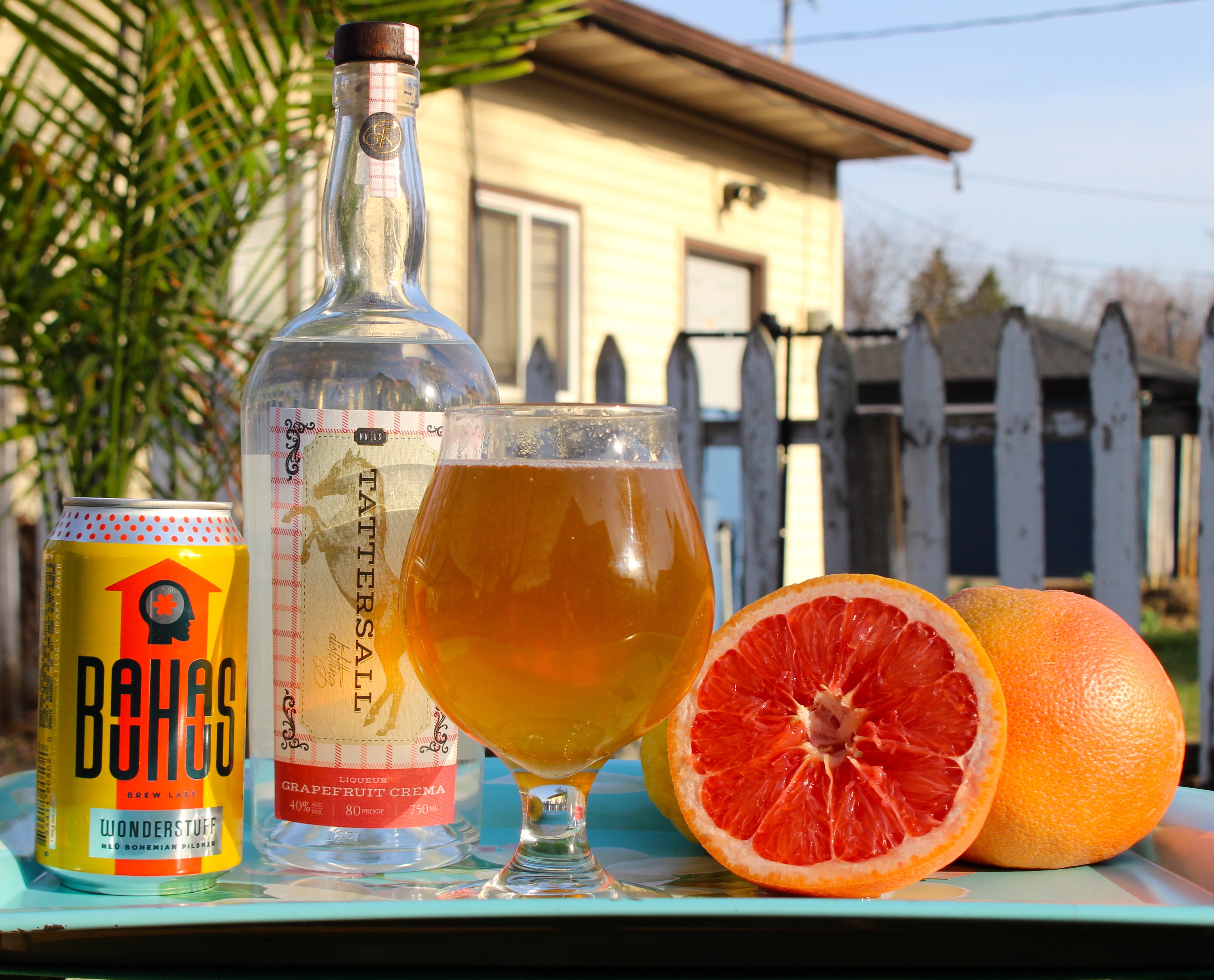 The Raddler from Tattersall Distilling. Photo by Eric Best

Art-A-Whirl is a more than a busy day at Tattersall Distilling Co. Staff are a little fearful of the open studio tour that takes over Northeast Minneapolis for three days.

“We just get crushed. It’s a day people are afraid of,” co-founder Jon Kreidler said.

Luckily, the micro-distillery has learned a thing or two over the past two years since Kreidler and Dan Oskey founded it inside Logan Park’s Thorp building, the birthplace of Art-A-Whirl.

Tattersall will have multiple bars inside and outside the building. The distillery has had an open call for artists without studios in the Northeast Minneapolis Arts District in order to bring in fresh artwork and put further emphasis on local creatives.

Beyond Art-A-Whirl, the distillery’s cocktail lounge is still at capacity nearly every night, Kreidler said. Tattersall has rapidly outgrown its original 9,500-square-foot space in the back of the historic warehouse complex on Central Avenue. It’s tripled in size in order to house hundreds of barrels so it can age new whiskeys, rums and other spirits.

The footprint of its spirits has followed suit. Tattersall released its first whiskey over the winter and Kreidler said it has flown off shelves, but they should have more in the fall. The distillery’s aquavit and barreled gin receive most of the critical acclaim, Kreidler said, and recently its bitter orange liqueur picked up a best-in-class award from the American Craft Spirits Association.

Fueled by demand from bars and restaurants, Tattersall’s distribution will hit the 20-state mark this spring. Kreidler and Oskey work with eateries to get their spirits on the menu, even consulting with restaurants to design cocktail menus with various Tattersall spirits at no cost so they can build long-term customers.

“It’s always better for somebody else to give you a compliment than to say something good about yourself, and that’s what restaurants do,” he said.

In addition to consulting for restaurants, Tattersall has resources for home bartenders to try their hand at making the distillery’s recipes. The goal? To make Tattersall a starting point for any beverage.

“We want to become the go-to authority on cocktails,” Kreidler said.

Tattersall puts out two seasonal “Cabin Cocktail Recipes” books each year with step-by-step guides to creating simple cocktails during a weekend getaway or backyard barbecue. Think beverages made from whatever is in that flask in the tackle box and a couple mixers, or a big pitcher of ingredients people likely already have at home.

“Think about how Minnesotans drink during in the summer, if it’s at the cabin, at the patio, at the boat. How do you do it? You’re not taking six bottles and mixing all sorts of stuff,” Kreidler said.

From this summer’s “Cabin Cocktail Recipes,” Tattersall has two simple drinks to make. The first, the Bootlegger, is “probably the Minnesota cocktail,” Kreidler said. Tattersall consulted with Target Field’s new Bat & Barrel Bar, which has it on its menu.

The second is a Raddler, a drink combining a pale lager, lemon juice and the distillery’s unique grapefruit liqueur.

“They’re really easy, but for the summertime they’re great,” he said.