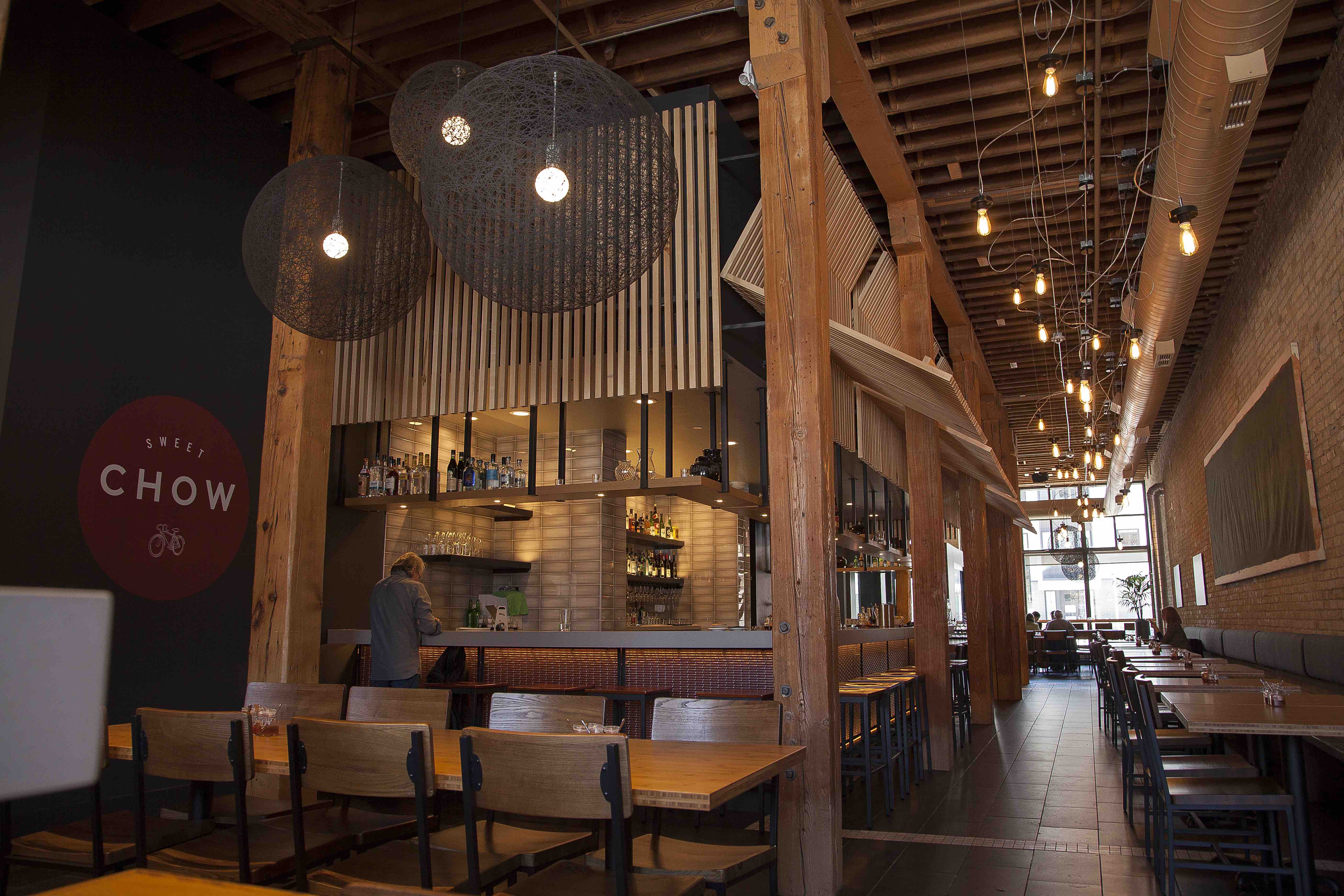 Founders found inspiration in a bike adventure in Southeast Asia

A few years ago, Greg Cummins and Julie Hartley biked across Vietnam and Cambodia, enjoying the Southeast Asian street food that fueled them along the way.

“Essentially, we saw there was nothing like this available in the North Loop and really not in Minneapolis,” Cummins said. “There are a number of Asian restaurants but nothing that was doing the foods that we were interested in.”

All three partners have traveled extensively for both work and fun. It was during these travels that they gained an appreciation for food from Southeast Asia that helped inspire their restaurant idea.

“We became very interested in the flavors,” Cummins said. “We enjoyed the people and the menu offerings.”

Sweet Chow provides their own spin on the flavor profiles from traditional Thai, Vietnamese, Cambodian and Korean meals.

Cummins and Hartley both started in the film industry, where they met and became friends.

Francis, Hartley’s daughter, Cummins and Hartley have long discussed a move into the restaurant business. It was Francis, who had also ended up in the film business and was frustrated in her current position, who finally pushed for Sweet Chow to become a reality this past year.

Cummins said they always wanted the restaurant to be in the North Loop, largely because of the high standard of food in the area that they were inspired to meet.

Sweet Chow executive chef John Krattenmaker had not previously traveled in Southeast Asia, although he had always enjoyed the food. Before opening Sweet Chow, he and Francis spent ten days eating their way across the region.

“He really found that interesting and he was able to really understand what the cuisine was about by being there,” Cummins said.

Their inspiration for food comes from far away, but Sweet Chow tries to keep ingredients local. Both their meat and fish providers are local, and Cummins said they’re trying to build relationships with other local purveyors.

Beyond supporting local suppliers, Sweet Chow aims to serve its North Loop residents the best they can. Cummins said the people, as well as the density and nearness to downtown, drew them to the neighborhood.

While none of the owners are North Loop natives, they’ve lived in Minneapolis for much of their lives.

“We know the neighborhood really well, but we wanted to be part of [it],” Cummins said.

With traffic and parking in mind, Sweet Chow owners decided the fastest takeaway service they could provide was by bike.

Benjamin Davies, one of the owners of Rock-It Bicycle Delivery, lives in the North Loop and said he stopped by Sweet Chow for dinner and inquired about their delivery method. When the restaurants owners said they were going to start bike delivery, Davies told them he was with Rock-It and would be happy to join forces.

Davies said this is how Rock-It makes most of their connections. He said being local allows for them to better interact with the community than a national group like Bite Squad or Uber Eats.

“Our biggest pride is that we work directly with our clients,” Davies said. “We also retain a lot of relationships with the people we are delivering to. … We get an actual personal interaction.”

Davies said that Rock-It and other bike courier services are more efficient because they are constantly in contact with each other and adjusting their service on the go, versus a car delivery service that follows navigation and yields to traffic.

“For us you’re critically thinking on the street and changing your route. I know every address in the city and how to get there the most efficient way,” he said.

One of Rock-It’s 12 couriers took a Sweet Chow meal to the 25th floor of a downtown office on a test-run delivery, making it door-to-door in four-and-a-half minutes.

Another courier took an order for 30 people in one gigantic bag.

“He delivered everything just perfectly all by himself. I was kind of astounded,” Cummins said.

Beyond speed, Cummins said bike delivery is more environmentally conscious, adding that the “guys enjoy riding,” which the owners of Sweet Chow value as fellow bikers.

Davies said most of their riders started as professional messenger couriers and have been carefully recruited from within the bike community. With technology taking away the need for traditional messengers, they’re trying to stay relevant by moving into food delivery.

“We treat each job like it’s the only job because we’re passionate about what we do,” said Davies. “For us if [a delivery] isn’t there on time then we’re personally bummed.” 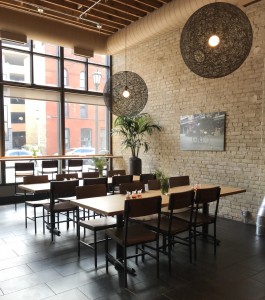 Sweet Chow will put the ‘sweet’ in Sweet Chow and further serve the neighborhood with the opening of an ice cream portion of their restaurant.

Cummins said it was always part of the plan to open the sweet portion, but they wanted to get up and running first.

Krattenmaker is currently crafting a selection of 10–12 flavors, both traditional American and of Asian influence.

“It’s meeting our expectations, which is making us very happy,” he said.