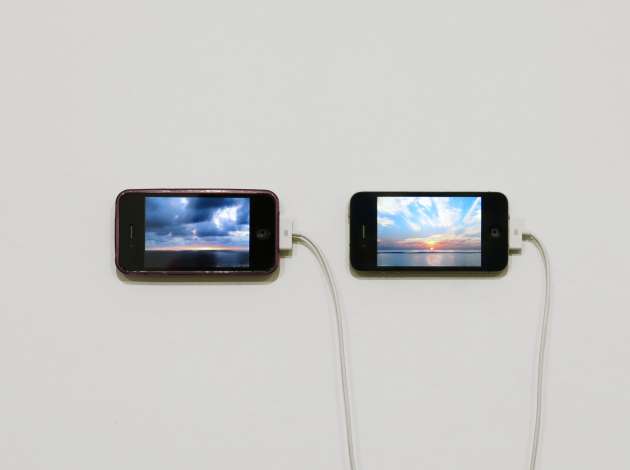 Shot by the artist and his mother, two videos show the sun simultaneously rising and setting on opposite sides of the globe. Credit: Submitted image

In Â“Current Location,Â” artists ponder our perception of scale and distance

LORING PARK — “Current Location,” the title of the six-artist group show now up at Waiting Room, might turn visitors’ thoughts to the smart phones they carry into the gallery in their purses and pockets.

Our “current location,” the Google Maps app reassures us, is a blue dot on a glowing screen. The blue dot represents a technologically aided shift in our perception of space; instead of searching for our location on a map, the map centers itself on us.

The artwork of “Current Location,” co-curated by Mary Coyne and Jehra Patrick, recalibrates our senses to the three dimensions of physical space by playing with scale and distance. And it often pushes into a fourth dimension: time.

The showstopper is a deceptively simple video installation by New York artist David Horvitz, a 12-minute loop that plays over two iPhones mounted on a gallery wall. One video, captured by Horvitz from a beach in California, shows the sun setting over the Pacific Ocean; the other, shot simultaneously by his mother while on vacation in the Maldives, shows the sun rising over the Indian Ocean.

Two people, on nearly opposite sides of the globe, turn the ordinary spectacle of the earth’s rotation into something extraordinary. Space and time fold up like origami.

Duluth artist Kristina Estell gathered up jagged stones of North Shore granite from around her house, boxed them in small cubes made of drywall panels and sent the packages on round trips, via international mail, to points around the globe. The packages returned unopened to Duluth, where Estell disassembled the six-panel boxes into the cruciform figures that now hang from the wall in Waiting Room gallery.

The drywall is punctured and pocked, a record of the weeks-long journeys the boxes went on with through the global postal system. The rocks they once contained are displayed on the floor below, tiny monuments to the eons-crossing expanse of geologic time. The rocks, and the scale of time they represent, crush the boxes, both literally and metaphorically.

Isa Newby Gagarin’s “Mirfak” series is named for the Perseus constellation’s brightest star, which, even at a distance of about 600 light years, outshines many stars closer to earth. Gagarin’s crayon and acrylic on paper works are based on the images produced by spectrographs, a tool used to analyze starlight for information about a star’s distance and composition. She turns them into prismatic abstractions of spindly, color-shifting lines against a black background.

For a separate series of works on paper, Gagarin, who lives in Minneapolis, started with stock photos of rainbows from Hennepin County Library’s picture files (a service made nearly obsolete by Google Images and other online resources). Transferred to transparencies, the black-and-white images become an arcing shadow; Gagarin then places these over paper covered in washes of acrylic in primary colors.

Chicago-based artist Joseph G. Cruz presents a large-format color photo and a book, both the products of his intense study of a former mine in Germany used during World War II by the Nazis for the development and testing of V-2 rockets. Cruz impresses with his efforts, but the project seems too dense to dig into during a brief gallery visit.

Coyne and Patrick said the Cruz’s project fit the theme of the show because it explores how an early ballistic missile, which had the longest range of any rocket developed up to that point, changed our perception of space and distance. Knowing that the V-2’s chief developer, German scientist Wernher von Braun, would later come to the U.S. and help develop the early space program only deepens the metaphor.

Kathryn Miller tells an oblique personal story through a collection of three maps. Coyne and Patrick said the Minnesota Geological Survey quadrangles show a bird’s eye view of locations within the state important to Miller, including the area around tiny Ada, located just north of Fargo-Moorhead; the physically isolated territory of the Northwest Angle; and Tulaby Lake on the White Earth Reservation.

Those maps are specific and utilitarian. “Wayfinding,” a series of digital prints by St. Paul artist Jessica Henderson, uses a modern place-finding technology to turn the landscape into one undifferentiated blur.

In the prints, heavily pixelated images of roadways and horizons are overlaid with the crisp arrows and lines of Google Street View. The Street View technology often inspires first-person journeys through both familiar and foreign locales, but Henderson transforms that idle, desktop exploration into something dreamlike and suggestive, an open-ended story. 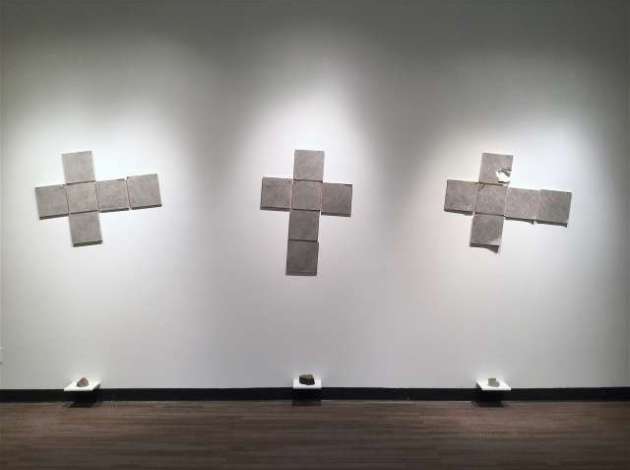 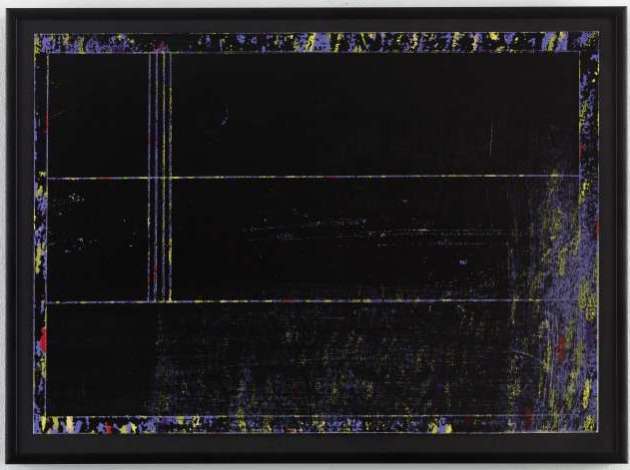