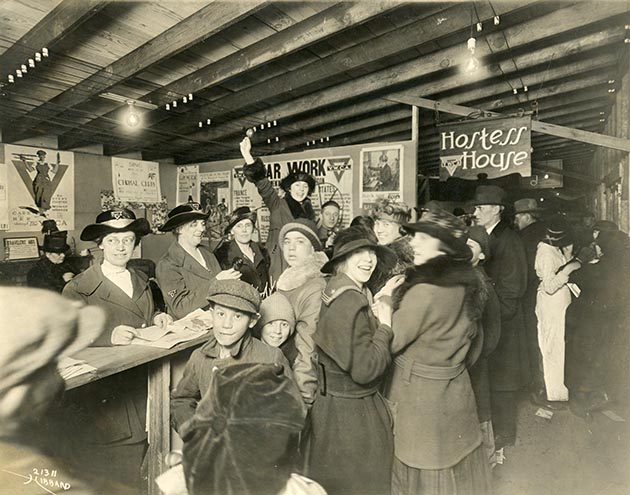 April 2017 marks the 100th anniversary of the United States’ entry into World War I.

The “hostess house” shown in this photograph was a replica erected in downtown Minneapolis as part of a wartime liberty bond drive. The real houses were designed by the YWCA to provide a suitable place for women visiting or living in wartime military camps.

In the United States, these houses allowed women to visit their husbands or loved ones before the soldier left for the battlefields. The real houses provided beds, a cafeteria and a nursery.

This replica gave Minnesotans an opportunity to learn more about the wartime work of the YWCA.

Cedar Imboden Phillips is executive director of the Hennepin History Museum. Learn more about the museum and its offerings at hennepinhistory.org or (612) 870-1329.