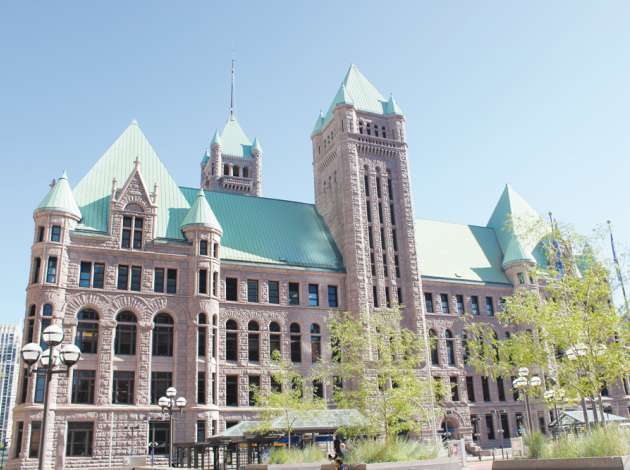 Voters may have a chance this fall to change a system that gives the Minneapolis mayor near-total authority over the police department.

City Council Member Cam Gordon gave notice June 29 that he plans to introduce a charter amendment that would share that authority between the mayor and the 13-member City Council. Mayor Jacob Frey said he opposes the idea, and not every council member thinks change is needed.

The city charter gives the mayor “complete power over the establishment, maintenance, and command of the police department,” including the hiring and firing of officers and the chief. Gordon is among several on the council who view a charter amendment as one way to respond to community frustration stemming from the most recent shooting by Minneapolis police officers. In a Facebook post, Gordon described the current system as “outdated and unwisely authoritarian.”

“Right now, we have more oversight of our potholes than we do of our police,” Council Member Andrew Johnson (Ward 12) said during a June 27 Committee of the Whole meeting.

The comments by council members followed more than 30 minutes of public testimony on the death of Thurman Blevins, who was shot and killed by police June 23. Many of those who spoke called for changes to the department, and they urged Frey to use his authority to release video captured by the body-worn cameras of officers Justin Schmidt and Ryan Kelly.

Activist Nekima Levy-Pounds said Blevins’ death was evidence “the problems have not been rooted out within the Minneapolis Police Department.”

Although it would require fast action by the council and the city’s Charter Commission, Johnson said it would be possible to place a question on the ballot this November, adding that he believes there is support on the council to do so.

The city charter can also be amended by a unanimous vote of the entire council and the approval of the mayor, but Johnson was skeptical of taking that path.

“We’re going to have a high-turnout election, and I think we should leave it up to the voters to decide on this issue,” he said.

To go before voters in 2018, the final language of the ballot question must be submitted to the Minnesota Secretary of State by Aug. 24. If the deadline is missed, the next chance doesn’t come until the 2020 election.

“This would be a tight timeline even for the council to agree on it,” said Charter Commission Chair Barry Clegg, noting the “multiple steps” proposed charter amendments must take before reaching the ballot. Those steps include passing through the Charter Commission, which can take up to 60 days to review the proposed language of the ballot question — a period that can be extended to 150 days — before forwarding its recommendation to the council.

Clegg said he only learned of the council’s interest in fast-tracking a ballot question in a conversation with Gordon that took place the same day as the Committee of the Whole meeting. He said the idea of amending the charter to give the council more power over police hadn’t come up since he joined the commission in 2003, but it will be on the agenda when the commission meets July 11.

“It’s amazing, the language. It says the mayor has ‘complete power,’” Clegg said, noting that similar language doesn’t appear anywhere else in the city’s charter.

The charter gives the council a limited role in the appointment of a new police chief. Once the mayor nominates a candidate for chief, that nominee is reviewed by an Executive Committee comprised of the mayor, City Council president and three members of the council. The Executive Committee may then forward a recommendation to the City Council. The council can only vote to appoint a chief that has the committee’s recommendation.

Johnson said the council’s “watered-down oversight” of the police department means the 13 members of the council have limited ability to weigh-in on department policy. The council frequently issues staff directions that require action from other city departments, but it doesn’t have that same authority with police.

“I will say there have been things absolutely in the past I have asked for, including basic crime statistics and information for my own ward, which I had an extremely difficult time … and what felt like feet-dragging from the previous administration in getting that to me,” Johnson said.

With more authority over the police department, the council could, for example, order the release of the body camera footage in the Blevins case, Johnson said. But that is currently Frey’s decision alone. Frey said June 26 he planned to use his authority to release the footage as soon as possible, but would wait until Blevins’ family members were consulted and the BCA had interviewed key witnesses.

Johnson also suggested the development and initial implementation of the department’s body camera policy would have gone differently.

It wasn’t until after the 2017 death of Justine Damond that officers were required to activate their cameras for all dispatches. Damond, also known as Justine Ruszczyk, was shot and killed by police after calling 911 to report a possible assault, but the incident wasn’t recorded because neither officer at the scene had activated his body camera.

Johnson said “a number” of council members were interested in implementing a stronger body camera policy from the start.

He noted a September 2017 audit of body camera use by officers showed they were activated for only about two-thirds of dispatches. The rate of noncompliance dropped slightly after Chief Medaria Arradondo ordered changes to the body camera policy in the wake of the Damond shooting.

“That’s what happens when we don’t have as your elected representative the ability to take on and implement and amend these policies,” Johnson said.

But not all of his colleagues agree

Council Member Linea Palmisano (Ward 13) noted that, in addition to its role in the appointment of police chief, the council also approves the department’s annual budget and votes on every city contract worth more than $50,000.

“For me, I feel we have quite a few checks and balances on our police department,” she said.

As chair of the council’s Audit Committee, Palmisano asked for and has so far received quarterly reports on officers’ compliance with the department’s body camera policy — an example, she said, of how the council operates within its existing authority to exercise oversight of the department.

That the charter grants “very unique” powers to the mayor with regard to the police is not well understood, Gordon said during the June 27 Committee of the Whole meeting, noting the lesson he learned as a rookie council member in 2006.

Gordon described a charter amendment that would share that authority with the council as a “critically important step.” Two days later, when he formally introduced the proposal at a City Council meeting, Gordon said he’d been thinking about just such a change for at least a decade.

Frey said he’d opposed the change as a council member and continued to oppose it as mayor.

“Effectively responding to the demands of policing requires an ability to receive clear — and at times quick — direction,” he wrote in a June 29 emailed statement. “That direction would be practically impossible with 14 cooks in the kitchen.”

Johnson anticipated that argument in an interview that took place a day earlier, but he said those “fear tactics” were easily countered. He noted that the 13 council members and mayor share oversight duties for all other city departments.

“They don’t need to get a council committee meeting together in order to condemn a public safety nuisance in terms of a property or to confiscate tainted food or to clear a road that’s been obstructed by a downed tree,” he said.

Johnson said a charter amendment would also respond to calls for more police accountability and oversight, concerns he said every council member heard leading up to last year’s city election.

Council Vice President Andrea Jenkins said while the call for police accountability was loud and clear, but the call for a charter amendment was not.

“I do know that there is a strong, strong deep desire to rein in the Minneapolis police and bring some more accountability to that process, but I didn’t hear a charter amendment to the structure of authority and reporting as one of the solutions,” Jenkins said.

She also questioned whether the abbreviated timeline for the charter amendment process would allow the public to fully weigh in on the issue. Jenkins said the lack of community engagement was a “really, really big concern of mine.”

“Sometimes change is really good and really necessary to disrupt systems of oppression,” she said. “I know that there are structures that are different in other cities and it hasn’t necessarily resulted in less black, unarmed people being shot.”