In August 1936, Minneapolis lost a native son. “One arid afternoon, the people buried Floyd Olson under the trees by a lake,” journalist Eric Sevareid remembered. “When the news hawkers shouted the announcement from their corners, the noises of the street died down and their voices with the shocking sentence were unbearably loud and distinct in the unnatural stillness. I saw a streetcar motorman get down from his car and walk back from the newsstand with tears streaming down his cheeks. Many thousands had a feeling that someone in their family had died.”

Mourners massed in the Municipal Auditorium to commemorate Olson’s legacy. A more intimate group gathered at Lakewood Cemetery to lay him to rest in a glass-topped coffin. 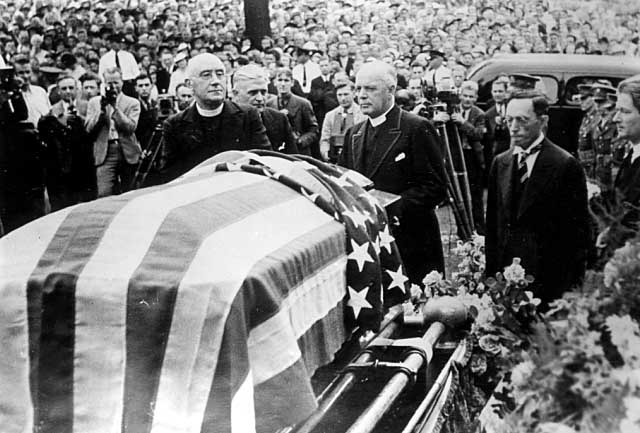 During that hot summer week, the city gave itself to bereavement. But not everyone was as sad as the motorman — or Sevareid — to say goodbye to the 44-year-old governor of Minnesota.  The populist politician was reviled by many who saw him as a ruthless demagogue who had served at the behest of the city’s crime bosses.

At the depths of the Great Depression, Olson had come to embody hope for Americans seeking real economic and political change in the United States. A compelling orator and charismatic personality, Olson was a masterful coalition-builder. Most important to young  people like Sevareid who wanted fundamental transformation of the political and economic system, he was not afraid to call for dramatic action in the wake of the worldwide economic collapse. “I am not a liberal,” Olson declared to the Farmer-Labor convention in 1934. “I am what I want to be–a radical.”

The son of Scandinavian immigrants, Olson had grown up on the near North Side of Minneapolis, surrounded by Jewish and African-American neighbors. After becoming Hennepin County Attorney in 1920, Olson’s priorities were shaped by these formative years in this diverse and struggling neighborhood. In a city not known for its tolerance, Olson was keenly aware of the dangers of the growing Ku Klux Klan. As the county’s top law enforcement man, he worked to expose the operations of the white supremacist organization in the city, winning enthusiastic support from the city’s Jewish and African American communities.

Olson’s sensitivity to those on the social margins was endearing to some and enraging to others. The County Attorney was no saint. And his coming of age in a quarter known for its gambling houses, brothels and after-hours tippling spots made him suspect. Critics were quick to link Olson’s personal history to the Prohibition-era growth of crime under his watch. 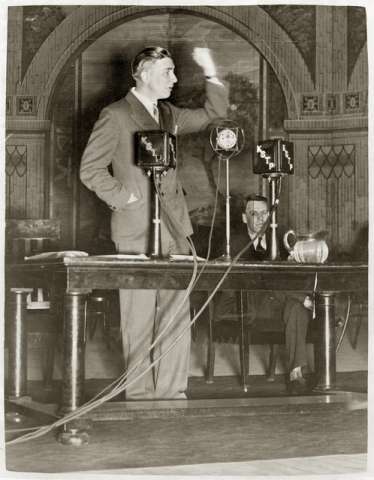 Olson’s political career was ascendant when he was diagnosed with inoperable pancreatic cancer at the end of 1935. Already serving as governor, Olson was on the cusp of winning a seat in the United States Senate. Young progressives held him up as the great hope for a dark decade, the person best suited to challenge Franklin Roosevelt as a third-party presidential candidate. Olson’s death punctured this vision. “I walked out into the parched, lifeless streets with a numb feeling of dismay,” Sevareid remembered. “Could one never win? How weak we were, when so much had depended upon one human being.”

Had Olson survived, could he have changed national politics? There is no way to know. But it’s something to ponder during a visit to the bucolic Lakewood Cemetery, where so many tears were shed for one of the state’s most compelling and enigmatic politicians.