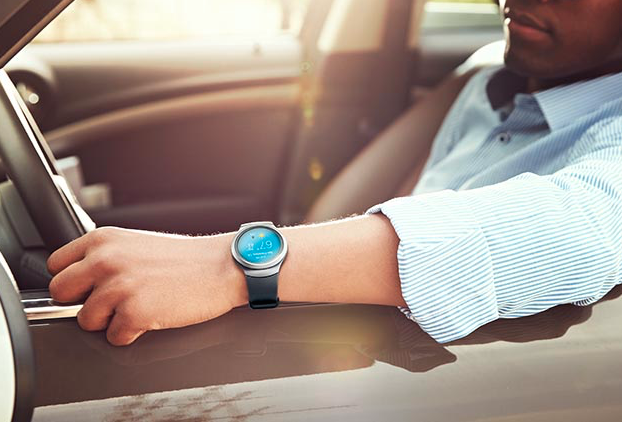 Wearable technology is a category of tech devices that are worn by the user. This includes smartwatches, smartglasses, fitness trackers and more.

Recently, I was provided with the opportunity to try out three wearables available through Verizon Wireless (they were loaned to me for review purposes). While wearables have been slow to catch on, I happen to be a fan. I wore a Fitbit for a couple of years before getting my current smartwatch, which I wear daily.

The first wearable I tried was the Verizon Wear24. It is an Android smartwatch and very similar to my daily wearable, the LG Watch Urbane, a device that is now almost two years old. The difference between the two is the Wear24 has cellular built into it. One can make and receive calls directly on one’s wrist, a feature I have to admit I didn’t find useful.

All in all, it is a solid smartwatch that can help with providing notifications on your wrist for calls, texts, emails, reminders and more. I also liked that, when used with the Google Fit app, the smartwatch could track your steps and activities. I liked the watch altogether and enjoyed wearing it.

Next, I tried the Samsung Galaxy Gear S2 smartwatch. The Gear S2 runs on the Samsung-developed Tizen operating system and can work with Android and iOS (iPhone) phones.

The Gear S2 works with all sorts of apps for notifications, including Google apps like Gmail and Google Calendar. For fitness, it is closely tied into Samsung’s S Health suite, and I did not get to experience just how that would translate over to a non-Samsung phone.

My favorite feature with the Gear S2 was that the bezel could be rotated to take one through the various options on the smartwatch. That being said, I found the Gear S2 needed quite a bit of customization to get the most use out of the apps that can be loaded from it and the quick access notification buttons. I liked the smartwatch, but recognized that more time would be needed to get it fully optimized to have all of the shortcuts and needed apps fully set up.

The Fitbit Charge 2 is a wearable, but not a traditional smartwatch; however, it is close. The wearable shows the time and provides notifications for calls and texts, but it does not allow the user to initiate any actions on the smartphone. For example, you can receive a text message but you cannot reply from the Charge 2; you have to reply from your phone.

As a fitness tracker, the Charge 2 is great. You can see your step count, heart rate, calorie count and more. It is easy to access the various readings by simply tapping through them.

Wearables really depend on the person wearing them and their purpose. If one is looking simply for tracking fitness, then Fitbit’s line of products is worth a gander. If the goal is to replace a watch and have the ability to receive notifications and quickly respond from the wrist, then a smartwatch is the route to take. All of the above are worth taking a look at.

Paul Burnstein is a tech handyman. As the founder of Gadget Guy MN, Paul helps personal and business clients optimize their use of technology. He can be found through gadgetguymn.com or via email at [email protected].