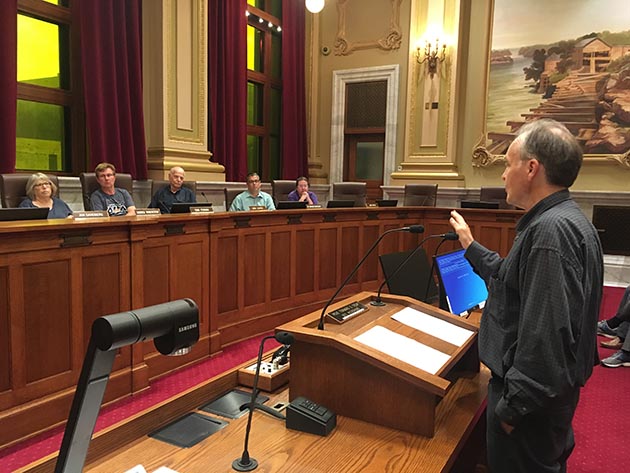 A controversial proposal to give the City Council more direct authority over the Minneapolis Police Department will go before two City Council committees Aug. 1.

After an extended debate over whether to even consider the proposal, council members on July 20 voted 10–2 to keep the proposed charter amendment alive. Drafted by Ward 2 Council Member Cam Gordon, it would remove language from the city charter that gives the mayor “complete power” over the police department, instead dividing that authority between the mayor and the 13-member council.

The change is opposed by Chief Medaria Arradondo and Mayor Jacob Frey, who at a press event several days before the vote warned that the charter amendment would “dilute” accountability for the department, get in the way of swift decision-making and lead to a “ward-by-ward patchwork” of policing strategies. Gordon rejected that characterization, and said constituents eager for reforms are urging their council members to “lean in” and help set department policy.

Although the charter gives the council a role in approving the appointment or removal of the police chief and setting the department’s budget, members don’t have the same policymaking authority that they enjoy with other city departments. Ward 4 City Council Member Phillipe Cunningham said there were very few options for influencing the department “except to make threats with the budget, which goes against my deep respect for Chief Arradondo.”

Cunningham said he wasn’t yet convinced the charter amendment was the right approach. But he opposed an effort by Ward 13 City Council Member Linea Palmisano to postpone debate on the proposal indefinitely, saying it was at least worthy of more discussion.

Palmisano said she not only objected to the charter amendment, she was also concerned about the tight timeline for debate. To go before voters in November, it must go through the committee process, be reviewed by the Charter Commission and win approval from a majority of council members no later than Aug. 24.