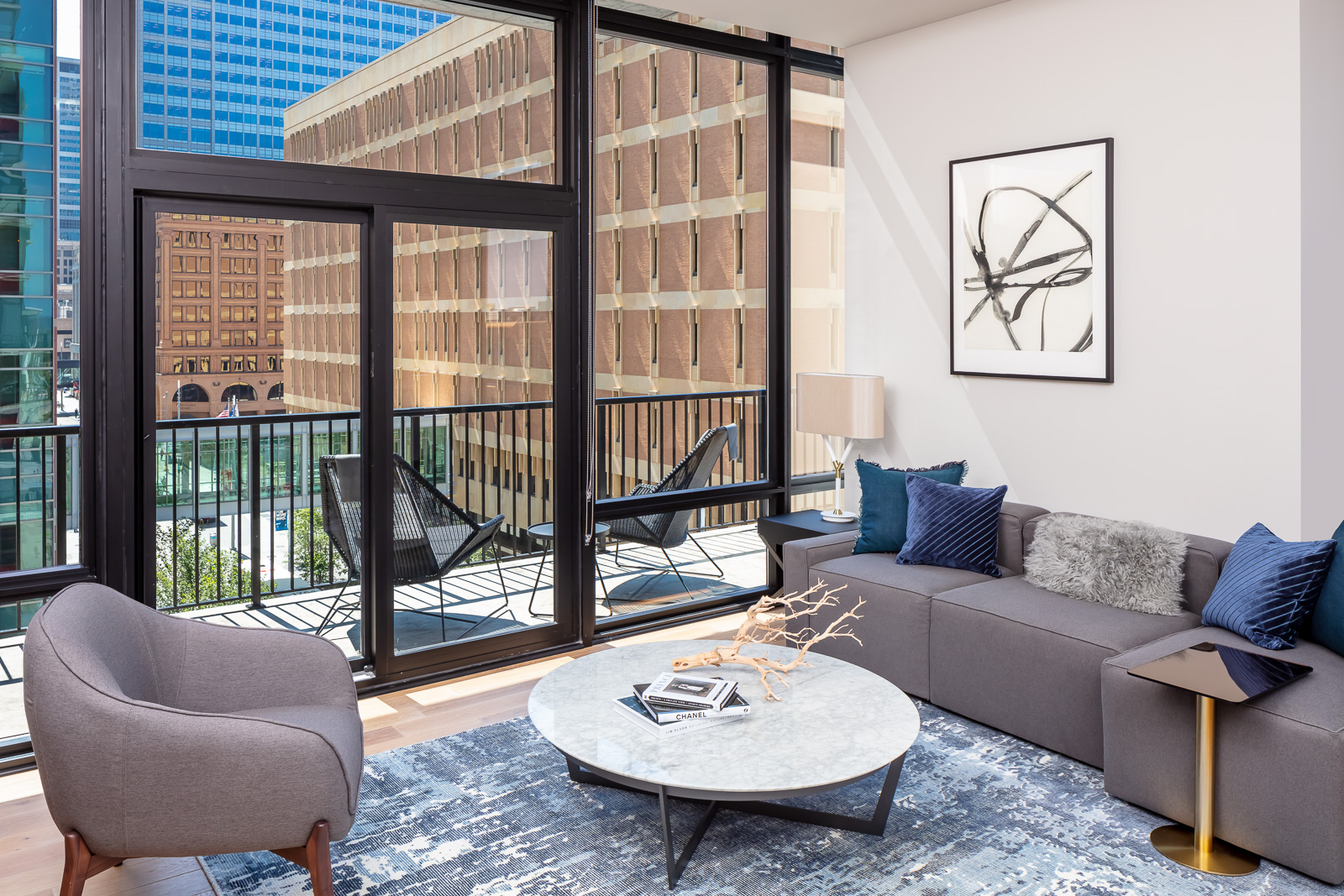 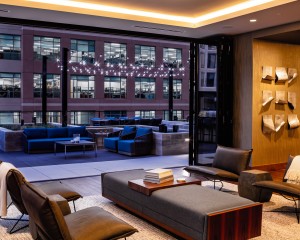 Opus officially opened its latest Nicollet Mall apartment tower Oct. 3. The developer’s most recent Nicollet project is 365 Nicollet, a 30-story high-rise with 370 units and nearly 10,000 square feet of retail space. The building, which is designed to be LEED certified, features communal social and wellness areas with a sports simulator, an outdoor pool and a penthouse amenity deck on the 27th floor. The project follows two other similar residential towers on the north end of Nicollet Mall, 4Marq and Nic on Fifth.

A United Properties spokeswoman said the Minneapolis-based developer has submitted a land-use application for the Gateway tower that includes a hotel, a component that has been taken out of previous versions of the proposal. The updated proposal will feature class A office space anchored by RBC Wealth Management, condominiums and the luxury hotel, according to the statement. United Properties has had several variations of the high-rise proposed for Washington & Nicollet on the north end of Nicollet Mall, including a 36-story building with 300 high-end apartments and a 182-room hotel. The developer last unveiled a proposal without residential or hotel components. The tower’s height has fluctuated, but United Properties agreed to develop a building of at least 30 stories in its agreement with the city of Minneapolis. The hotel brand has yet to be announced. Four Seasons Hotels & Resorts had been in talks with the developer as first reported in 2016.

The Dunwoody College of Technology has unveiled a completed first phase of a multimillion-dollar redevelopment of a portion of its campus near downtown Minneapolis. The engineering, design and technology school cut the ribbon Sept. 28 on an approximately 24,000-square-foot addition that replaces an under-utilized gymnasium with common spaces for students, 16 admissions offices and flexible classroom and event space. A new library built within the brick gym walls features research rooms for students and more collections space. Mortenson Construction was the builder and Credo Campus Planning & Architecture was the designer. The work is part of a $50 million campaign first launched in 2014 to overhaul the campus to meet the school’s changing needs. President Rich Wagner said Dunwoody has raised about $44 million so far. Future work will renovate welcome, admissions and other spaces. Wagner said that the school may break ground next year on another phase and complete renovations in the spring of 2020. 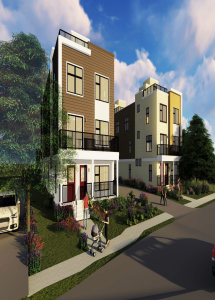 M Club Properties is back to the City Planning Commission to get several variances approved for a low-rise apartment building it’s planning in the Sheridan neighborhood. The developer is proposing a three-story building with four residential units. The variances would increase the allowable impervious surface coverage, allow parking stalls within an interior side yard and reduce the minimum distance of the parking stalls from the residential units. M Club Properties is also behind an approximately 29-unit building at 9th & Marshall in the St. Anthony West neighborhood.

The Elliot Park Hotel has officially opened in the neighborhood of the same name, completing the block home to the new Kraus-Anderson headquarters, HQ Apartments and a Finnegans micro-brewery. The 168-room hotel and Tavola, a 126-seat Italian restaurant on the main floor, opened Sept. 20 at 9th & 5th. Wilkinson Corp. developed the hotel, which is part of the Marriott Autograph Collection. ESG Architects designed the hotel’s rooms and common areas in the spirit of “hygge,” a Danish concept embracing comfort and contentment.

Catholic Eldercare has opened a new green space at 8th & Main on its Northeast Minneapolis campus. The Green at Catholic Eldercare features new trees, garden beds and, soon, a Christmas tree, which will be relocated this year from its traditional spot. The project, funded by a year-long fundraising campaign, adds accessible walking paths around the perimeter for the non-profit senior housing and program provider’s residents, staff and caregivers. A founder’s fountain inside a patio area is meant to further beautify the space adjacent to the St. Anthony of Padua chapel on the campus.

The Minnesota Timberwolves and Lynx are putting another $2.5 million into the renovation of the Target Center to cover the total cost of the venue’s premium level space, Club TI, named for Treasure Island casino. The additional work will open up the Club TI space to create a symmetrical layout with eating areas, pool tables and shuffle boards on either side. The project also calls for upgrades to the furniture and a walk-up merchandise store that will service Target Center’s premium level. The Target Center reopened last October after an approximately $145 million renovation, about half of which —$74 million — came from the city of Minneapolis.

Chicago-based CA Ventures is planning a 111-unit apartment building that would replace several multi-family properties near Dinkytown in the Marcy-Holmes neighborhood. The six-story, approximately 74-foot building would include one underground parking level with 70 spaces for cars and 300 for bikes, according to plans submitted last month to the City Planning Commission Committee of the Whole. The property would have walk-up units along 4th Street Southeast and the property line adjacent to the Southeast Minneapolis Library. A central courtyard, library and fitness room are proposed for the ground floor. The property consists of five parcels that make up the northwestern corner of the block home to the library. The site is home to several two- and three-story homes as well as a two-story apartment building.

Minneapolis-based developer Curt Gunsbury of Solhem Cos. is calling his latest proposal Archive, a six-story, nearly 200-unit building planned for a surface parking lot near the Federal Reserve Bank of Minneapolis. Preliminary plans for the project went before a joint meeting of the Planning Commission Committee of the Whole and Heritage Preservation Commission, whose members critiqued the project’s massing and an exterior decorative band. The building would fill the space between the Foster House building to the east and the Chicago House Hotel building to the west.