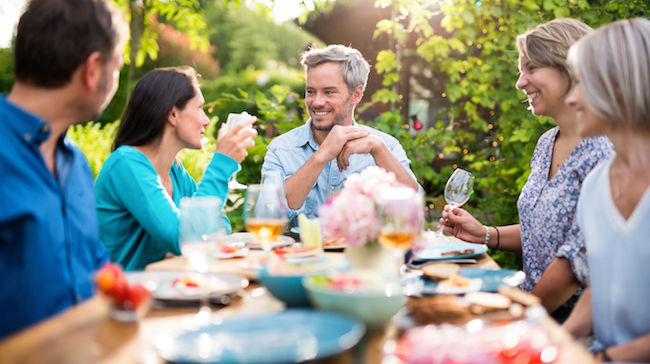 I’m a divorced man in my 40s, and I have a new girlfriend I’ve been dating for six months. She gets upset when I hang out with my female friends, even though I’ve known most of them for many years. My question is, can men and women just be friends? And if so, how do I explain that to my girlfriend?

Your girlfriend is trying to keep you lassoed in, and this is not healthy for either of you, certainly not in the long term. Nor does her shielding of you get to the real issue: Your girlfriend is struggling with insecurity right now.

Does she really expect you to drop your friendships just because they are female? I find that extreme. Nor should you demand she cut off all friendships with men. If you are, that’s a double standard, and I’ll get to that in another column.

To quote Maya Angelou, “When someone shows you who they are, believe them the first time.”

Your girlfriend is showing you she’s struggling with confidence in herself or in committed relationships or both. Do not brush this under the rug just because you’re rolling in those feel-good pheromones at the beginning of a relationship.

Kindly set the record straight that you came into the relationship with pre-existing friendships that you plan to maintain, and that you support her to do so as well. Make this known before you fall into patterns you later resent.

The longer the friendship, the more likely that friend is like family. As far as I’m concerned, you have a right to make totally new friendships with people of the opposite sex after the onset of a new relationship as well. Some couples allow old friends to be grandfathered-in yet don’t approve of their partner creating new connections with someone after they’ve committed to each other. Every couple has to negotiate what works for them.

We can all struggle with pangs of jealousy intermittently in a long-term relationship. However, straight out of the gate she is already getting upset with you repeatedly. You would both benefit from having a conversation to find out if she’s had a history of betrayal or abandonment.

If so, it will take time for her to develop trust. This can be earned by a combination of your communication with her, your actions and her own inner work to build self-worth and resilience. Make clear to her your intentions, whether it is devotion to her or not.

When appropriate, you should include your girlfriend in your activities with your female friends to reassure her. If one of these friends has a partner, you could have a double date so you can interact together and put a human face on those individuals your girlfriend perceives as potential threats.

Of course men and women can be friends. Sure, there are plenty of friendships out there engaging in a dance of subtle attraction or sexual tension. But does that mean they act on it like savages? Only a fraction of the time.

Connection, chemistry, attraction and friendship can look a variety of ways. To assume that is the only reason you would be spending time with someone of the opposite sex (or same sex or the full spectrum of sexes or the non-binary, whatever you prefer) is narrow-minded and archaic.

We are drawn to people for all sorts of reasons: spiritual, emotional, as a role model/mentor, due to nostalgia or shared history, familial ties and friendship. Yes, platonic friendship.