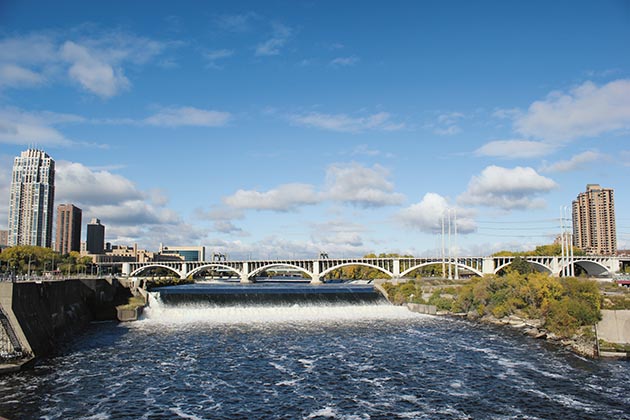 The Crown Hydro project aimed to use the power of St. Anthony Falls to generate electricity. File photo

News that Xcel Energy took steps in October to cut off planning for a proposed hydropower facility at St. Anthony Falls was cheered by elected officials who represent the Minneapolis riverfront area.

Crown Hydro had since 1991 been pushing a plan to harness the falls to generate electricity. It was an industrial vision for a riverfront that has been revitalized with new parkland and housing.

In October, Xcel issued a notice of termination to Crown Hydro that would cut off funding from a 2002 grant. Xcel’s decision followed the Minnesota Public Utilities Commissions’ decision earlier in the month to withdraw the remaining $3.5 million in funds from what had been a $5 million grant to Crown Hydro.

Both the city and the Minneapolis Park and Recreation Board, which plans to significantly expand riverfront parkland, opposed the Crown Hydro project.

“In the 25 years since hydropower on the Mississippi River was first contemplated, the Minneapolis central riverfront has been transformed into a home of dynamic and growing neighborhoods, recreational activities and entertainment. The actions of the PUC and Xcel ensure this revitalization will continue, with the St. Anthony Falls as its heart and soul,” Mayor Jacob Frey said in a statement.

Dziedzic and Champion represent Minneapolis districts on either side of the Mississippi River.