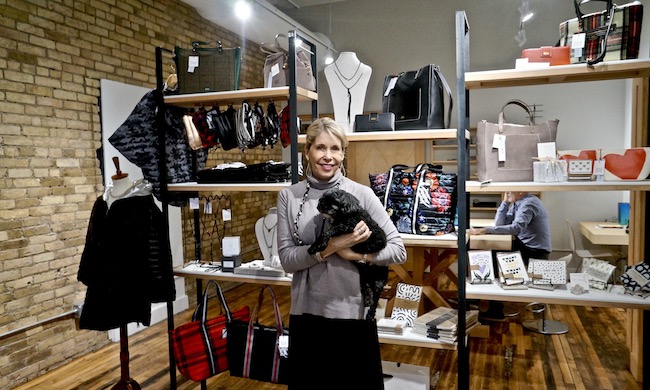 At her North Loop boutique, Denise Houser sells jewelry designed by her and handcrafted in Thailand. Photo by Brian Lambert

The saying goes, “Everyone has a story.” Some are just a bit more interesting than others.

Down on North 2nd Street, around the corner from the Monte Carlo, Denise Houser has recently opened her first retail shop. And a new chapter in her life.

In the process she’s putting to work a team of people in a small northern Thailand village who otherwise likely would be uncomfortably close to subsistence farming.

Called simply Houser, the barely 1,000-square-foot shop features simple but elegant handcrafted silver jewelry — necklaces, rings and bracelets designed by Houser and a couple far-flung colleagues and manufactured by the Lawla hill tribe of Thailand — along with chic handbags, scarves, candles and other upscale accessories she’s come across via connections she’s made in New York and elsewhere over the years.

She’s making a point of contracting with other companies that are similarly giving back to distressed cultures. They include the manufacturer of Bitchstix, a line of emollients that contributes a portion of income to aid battered women.

Divorced with two mostly grown children, Houser, a LaCrosse native with “12 years of Catholic education,” reached the point where her main gig — benefits consulting in the insurance agency — wasn’t doing what she wanted in terms of fulfillment.

“I just realized I had arrived at the second part of my life and found myself thinking a lot about what I really wanted to do instead of what I had to do,” she said.

She took “a lot of arts classes,” Houser said, most at Minnetonka’s expansive art center, and became convinced that fulfillment, or at least something more satisfying than the insurance industry, required her to “follow (her) curiosity.” Knitting and silk painting were interesting, but jewelry was her primary focus, she said.

“If I was going to make a business of it,” she laughed, “I had to admit that there was probably more money in jewelry.”

She connected with Grethen House and sold through both of their two locations (in Edina and Northeast) as well as a bit online. Soon enough, though, she understood the need to develop a production line, which involved a sometimes improbable series of connections from New Ulm to Bangkok and the relatively well-known Raintree Foundation (focused on economic development for rural areas in Thailand) to eventually the Lawla hill tribe only two miles from the politically dicey Myanmar border. 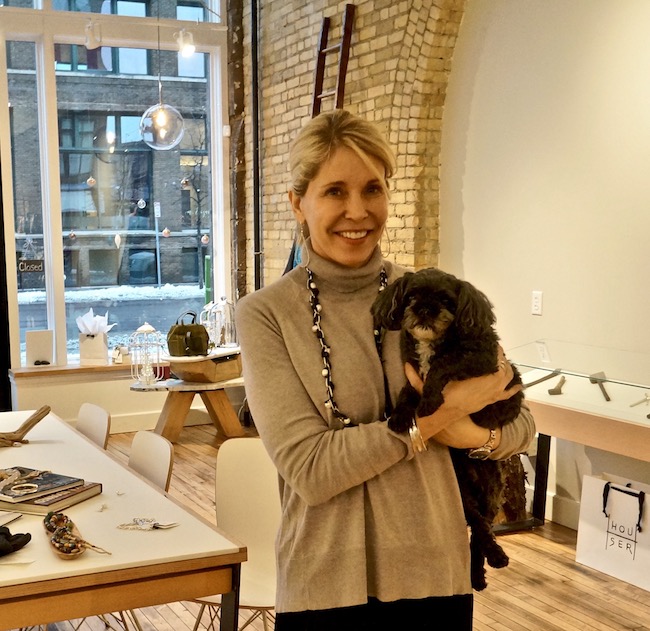 “The situation in the area is pretty bad,” Houser said. “You have a lot of neighboring tribes fleeing ethnic cleansing. It’s pretty chaotic. And as you can imagine most of the people are really poor and uneducated.

“The younger people in particular have no hope and believe the only possibility is migrating into Bangkok or some other big city where their situation often gets worse. It’s not unusual that adults will abandon their children in these villages and move into the city. It’s really sad.”

By virtue of the chief of this particular village being a silversmith, a by-product of a history of blacksmithing, Ralf Oberg, the Raintree connection, put Houser and him together.

As Houser tells the story, the chief and his people were eager enough for the work, but that work had to stop when their essential agricultural duties required them to be in the fields for rice-planting and harvesting seasons. Likewise, although Houser has made two trips to the village, in April and November of 2017, the need to have consistent communications with the craftspeople meant shipping in computers and printers so the tribe could have clear visual representations of the styles Houser was looking for.

The pipeline of materials and talent expanded further when Houser met up with “a guy from Seattle at the gem show in Tucson.” He became the go-to source for stones she was designing into the pieces she’d sketch out and send to the village chief.

As you might imagine for a village that’s a rocky, muddy, four-hour bus ride from Chiang Mai, getting the raw materials — the beads and silver granules — up to the Lawla craftspeople is a whole other adventure.

In the comfort of her bright, comfortable North Loop shop, a small staff bustling around on one the first days of business, Houser was asked if she feels a special responsibility now to the Lawla people, after providing them with a source of income they otherwise would not have had.

“Oh yeah, I do,” she replied. “I feel a responsibility to them. But I’m not worried. I know all the stories about brick and mortar, but I believe this is going to work.”

Along with finishing off the interior decor of the shop, Houser said part of the business plan is to stage events where customers, assisted with a couple glasses of wine perhaps, can come in, sort through drawers of beads and silver and in a sense design their own pieces, which will then be custom manufactured and delivered back to them within a very short time.

“Obviously, I’ve always been interested in fashion. But with this store, with the brands I’m bringing in and with the jewelry from the Lawla, I wanted to offer things that I’d buy anyway, regardless of some good cause they might be associated with,” she said. “I want to offer things people will use and wear, not something they’ll just buy to feel good about making a donation or something and then go home and throw in a drawer.”