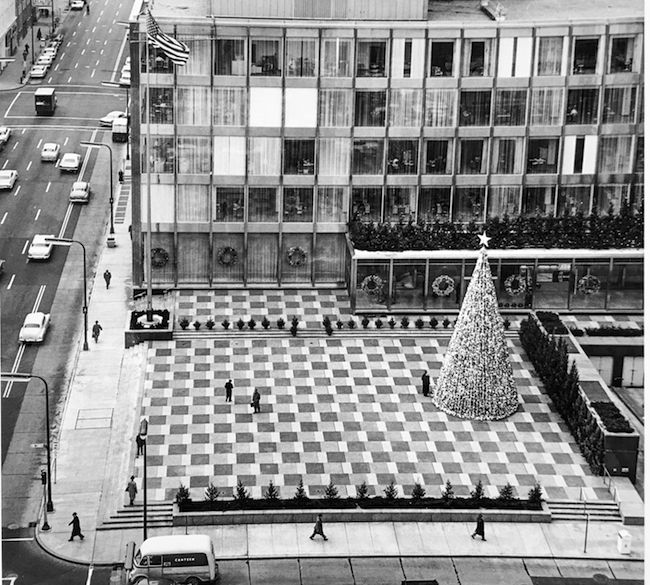 That’s not just any Christmas tree standing in the First National Bank Plaza in downtown Minneapolis; in 1960, it was the largest artificial Christmas tree in the upper Midwest. But like so many similar claims, the assertion was not without controversy. Boosters from nearby Crystal protested that the Crystal Shopping Center’s artificial tree was much taller and with more lights. Follow-up reports in the Minneapolis Star clarified that the tree shown here was “the biggest artificial tree which can be dismantled and re-used.” There was no information on where one finds room to store the region’s largest reusable artificial tree during the remaining months of the year. The steel tree towered 45 feet above the plaza and was covered with 1,000 white lights (Crystal’s tree featured red).

Learn more about the museum and its offerings at hennepinhistory.org or 870-1329.