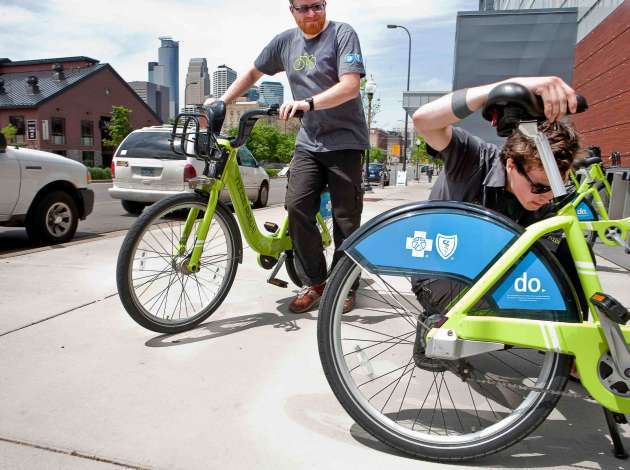 Nice Ride Minnesota has chosen a vendor to start and operate a dockless bike-sharing system in the Twin Cities.

The nonprofit announced Jan. 16 that Brooklyn-based Motivate will lead the transition to a dockless system. Motivate will add dockless bikes beginning this summer while continuing to operate Nice Ride’s station-based system through 2021.

The transition plan is subject to approval by Nice Ride’s federal funders, the City of Minneapolis, the University of Minnesota and the Minneapolis Park and Recreation Board.

Nice Ride operates a system with over 1,850 bikes and 200 docking stations spread across Minneapolis and St. Paul, thanks to a combination of private and public funding. The nonprofit began operating the system in summer 2010.

This past summer, Nice Ride decided to start transitioning to a dockless bike-sharing model, spurred by trends in the industry. It envisioned a board of directors with representatives from the Twin Cities’ right-of-way owners, including Minneapolis, St. Paul, the University of Minnesota and the Park Board.

The nonprofit issued a request for proposals to vendors this past fall and settled on Motivate this past December. St. Paul decided to embark on its own process, though it could also end up with a dockless system, Nice Ride Executive Director Bill Dossett said.

Nice Ride says it expects to double the number of shared bikes in Minneapolis in 2018 and that it envisions a five-fold expansion by 2020.

“They’ve been very thoughtful on how they’re approaching this,” she said of Nice Ride. “It makes a lot of sense to make good use of the equipment that’s already on the ground there now.”

The dockless bike-share bikes will be similar to Nice Ride’s green bikes, Wood said, but will have ring locks on the back of them. Wood added that Motivate is also looking at piloting eBikes in Minneapolis, something it’s introducing to its San Francisco system in April.