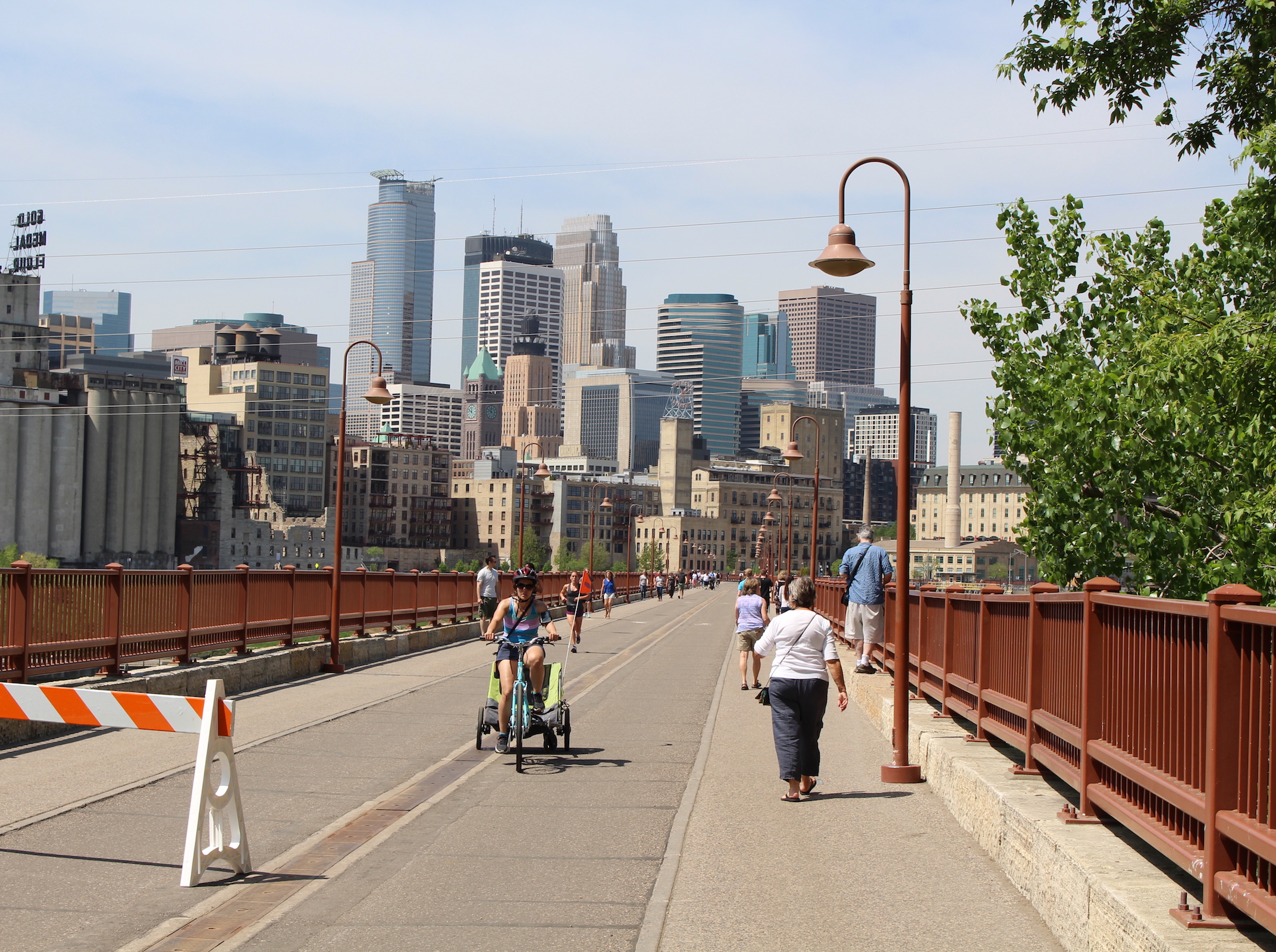 The Minnesota Department of Transportation is seeking a consultant to plan out repair work to the Stone Arch Bridge, after receiving $1 million in funding for the project this spring.

The agency is seeking a consultant to scope out the project, which will address the bridge’s corroding metal components and cracking mortar, concrete and stone masonry. MnDOT hopes to find a consultant by January and begin construction in early 2020, pending the availability of funding, said Amber Blanchard, state bridge planning and hydraulics engineer.

The procurement process comes several months after the state Legislature appropriated $1 million in bonding money to MnDOT for the 135-year-old bridge, which connects downtown Minneapolis with Northeast and the University of Minnesota. MnDOT had requested nearly $13 million for the project, which would have allowed for the inspection, final design and construction of the bridge, in addition to the scoping work. But the project instead received just $1 million, which just allows for the agency to begin planning for the repairs.

MnDOT typically uses Trunk Highway Funds to pay for capital projects, but the state constitution does not allow it to use those funds for the Stone Arch Bridge repairs. That led the agency to request general-obligation bonds for the project.

The agency also needs money to fund yearly above- and underwater inspections of the bridge, which together cost slightly less than $100,000, Blanchard said. MnDOT has funds for this year’s inspections but has limited funds to put toward future inspections, she said.

MnDOT has submitted several requests for funding to repair the bridge in recent years, the agency noted in its request to the Legislature this past January. That includes a $2.5 million capital request in 2016.

Estimated project costs have increased significantly since then because of deficiencies turned up in bridge inspections, according to the agency. The agency noted that the bridge’s mortar will need to be replaced because of its poor condition and that stone-replacement costs have doubled since previous inspections.

MnDOT purchased the Stone Arch Bridge from Hennepin County in 1992, working out an agreement with the Minneapolis Park & Recreation Board the next year to convert it into a pedestrian and bicycle path. The county had owned the bridge for several years after purchasing it from the Burlington Northern Railroad in 1989.

Several Park Board commissioners held a rally earlier this year to advocate for the Legislature to fully fund the repairs.