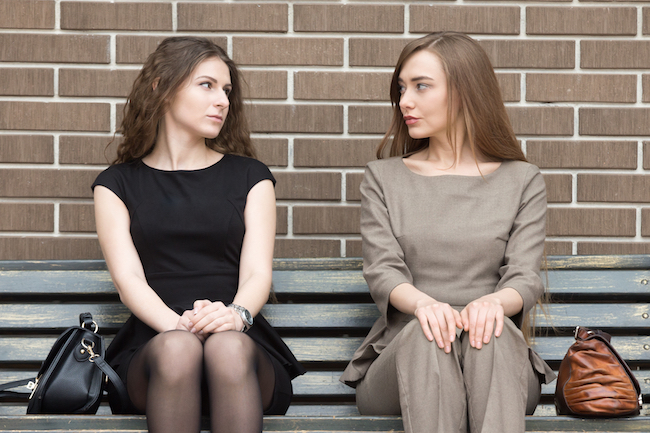 I recently hired a friend for her professional services. I had never worked with her in this way, so I was quite surprised later to see how unprepared she was, how she didn’t follow through on promised items and how the material I did receive from her was pretty mediocre. On top of that, she charged me nearly double the amount I thought we agreed upon, even though I haven’t received all my merchandise from her. It makes me question being friends with her anymore. Should I confront her to get my money back, or should I just let it go?

You should confront her.

To confront has two meanings. First, to “meet someone face to face with hostile or argumentative intent,” which can be based in accusation. Alternately, it can mean “to face up to and deal with a problem or difficult situation.” I suggest you do the latter and try to make it straightforward and free from reactivity, explaining the facts as you see them. (Of course, your “facts” may not necessarily be her “facts” because we often have our own revisionist history).

Avoiding reactivity is easier said than done, given we are usually confronting something that is emotional and loaded. In which case our reptilian brain hijacks our rational mind, and the next thing we know we are caught in a dramatic soap opera version of events.

Did you have a contract in place before agreeing to do the shoot? If so, you can make the argument that you’re not paying more than the agreed upon price. You probably figured you did not need a contract ahead of time because you trusted her as a friend. The two of you probably had unclear ideas on what the exact “agreed upon” price would be.

Boundaries are important in any relationship, whether it be friendship or business. Although it may feel forced or awkward to confront the topic of money, location and timeline for getting your merchandise, it minimizes the likelihood of complications or misunderstandings like this later.

It’s been said that you should be leery of going into business with friends or family. Once money is involved, it can place pressure on the relationship. Business decisions are not always personal, yet it can feel personal when it’s someone you know in a different role in your life.

Bottom line is, just because you’re friends does not mean she has the right to be careless with you. And regardless of being friends or not, her lack of professionalism does not do her any favors. It means she lost the opportunity to get future referrals from you.

I am a fan of direct communication with others that can ideally lead to resolution versus the sweeping it under the rug approach, which can lead you to harbor resentment. That being said, sometimes it’s better to let things go.

There are some issues in a relationship that are not worth confronting. Say your partner occasionally leaves dirty dishes in the sink or a friend is often 10 minutes late meeting you — these are examples of things you can surrender to because they don’t matter much in the grand scheme of things.

In your case, however, it’s leaving you to question the friendship altogether. Because you’re upset and feel disrespected you’re looking at this in a black-and-white manner. Depending on the history and depth of the friendship, it’s worth talking to her so you can clear up any misunderstandings and hopefully preserve the friendship.

In the very least, this can allow you to get your merchandise or money back and move on. Bye, Felicia!