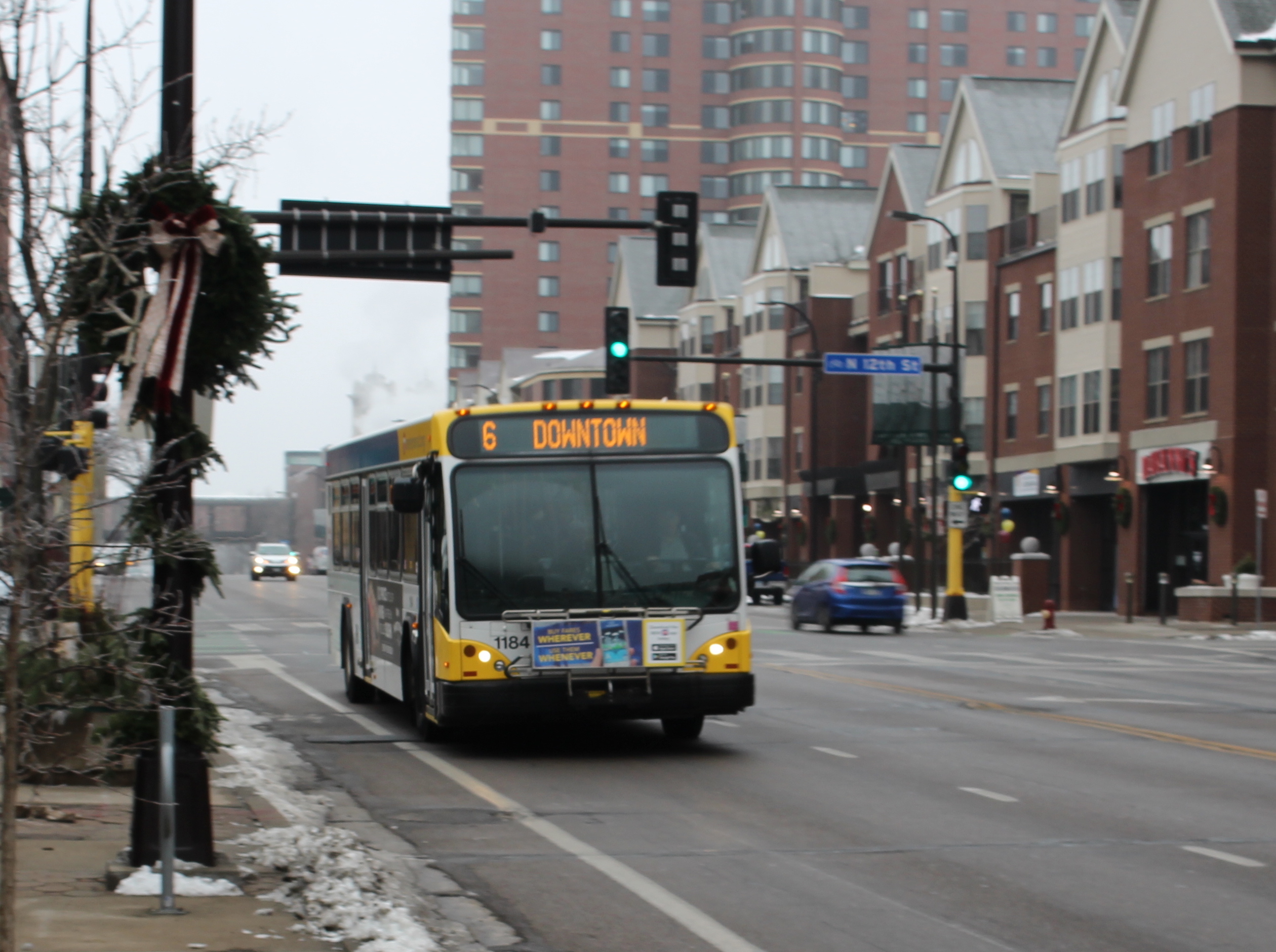 A future rapid bus line will substantially replace parts of the Route 6 bus through downtown and Uptown. Photo by Nate Gotlieb

Metro Transit is looking for feedback on routing for its future Hennepin Avenue bus rapid transit line, to be called the E Line.

The agency has posted an online survey that includes multiple routing options for the line, which could extend eastward past Prospect Park and southward to Southdale. It will also be gathering feedback on routing at two open houses this week, including one Monday from 4:30 p.m.–6:30 p.m. at the Pershing Recreation Center (3523 W. 48th St.). The second will be Thursday from 4:30 p.m.–6:30 p.m. at Marcy Open School (415 Fourth Ave. SE).

Currently, Metro Transit patrons take over 8,000 rides each weekday on Route 6, the bus line the serves the Hennepin Avenue corridor, the agency says. The agency doesn’t have ridership estimates for the future BRT line, but it notes how ridership increased 32 percent along Snelling Avenue after it implemented a BRT line there in 2016.

Bus rapid transit is bus service that is more frequent and comfortable than typical local bus service, according to Metro Transit. BRT lines have fewer stops than local routes, and riders pay before boarding, which means buses spend less time at stations. Riders are able to board through any door of the bus. In addition, BRT stations have features such as real-time departure signs, cameras, heating, emergency phones and improved lighting. Metro Transit police provide fare enforcement.

The cost to ride BRT is the same as a typical local fare, Metro Transit says.

Katie Roth, manager of arterial BRT for Metro Transit, said the changes add up to increased speeds of 25 percent when compared to local bus service. That, combined with a more dignified and comfortable waiting experience, has contributed to the ridership increase along Snelling Avenue, she said.

The overall E Line cost will be determined after finalizing the route, according to the agency. Roth said the 10-mile Snelling BRT line cost $27 million and that BRT tends to cost $2 million to $3 million a mile.

Metro Transit hopes to narrow down its list of routes in the spring and recommending a final routing by summer or fall of 2019, said Kyle O’Donnell Burrows, project manager for the E line. The agency will begin more detailed work to determine the final station plan after that.

Construction on the line could begin in 2023, pending full funding, the agency says. The E Line could open the following year, after testing.

Metro Transit is also recruiting people for a committee that will advise the E Line project-management team on key project decisions. The agency says it will select a variety of people to ensure representation from each part of the study area and that it will make sure the committee reflects the demographic makeup of the corridor.

The committee will meet three times over the study period, with additional meetings scheduled if needed. The meetings will be on Tuesdays from 6 p.m.–7:30 p.m., with the first meeting tentatively planned for Jan. 15.

People who are interested should complete the application form. Applications will be accepted until Dec. 20.