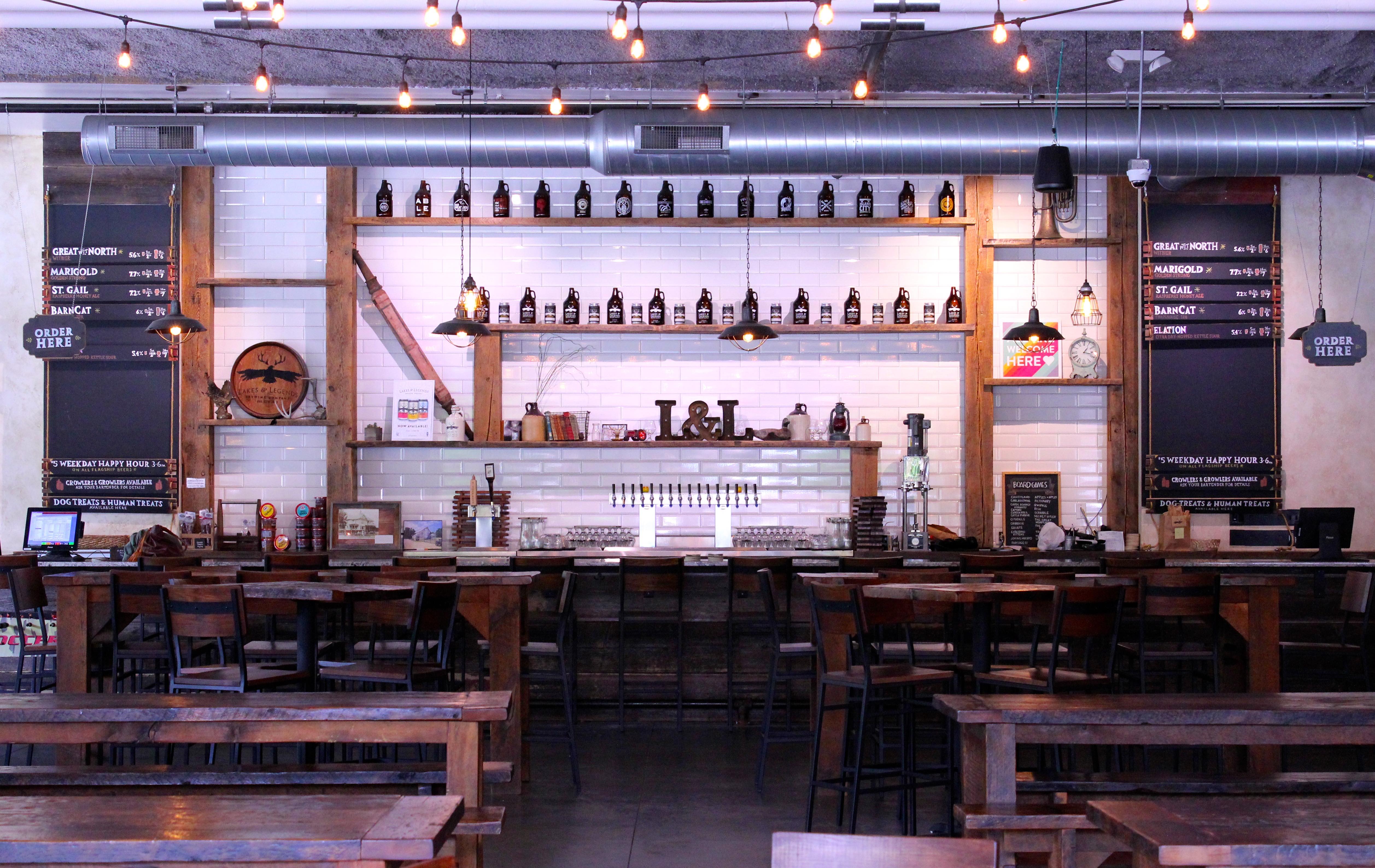 Of all the places his taproom and brewery could end up, Derrick Taylor didn’t think a 36-story apartment tower in Loring Park was one of them.

That brewery, Lakes & Legends Brewing Co., is nearing three years on the ground floor of LPM Apartments at LaSalle & 14th. In that time, Taylor, the brewery’s president, said it has become like a “local town hall” with plenty of space in its roughly 3,500-square-foot taproom for neighborhood residents to gather.

“(Loring Park) wasn’t really on our radar for Lakes & Legends,” he said, but “(we thought) this is a unique opportunity to be in one of the densest residential neighborhoods in the Twin Cities.”

Taylor, who comes from the world of beverage distribution, and his brother-in-law, CEO and longtime home brewer Ethan Applen, founded Lakes & Legends in 2015 as a family affair. Both their wives, Ellie and Katie, and Applen’s mom are involved in the brewery. Taylor said the family connections are central to how Lakes & Legends runs.

“It may sound cliché or cheesy, but it’s how internally the business operates as well. We’ve been able to retain a lot of great employees, people who’ve been with us since we opened our doors,” he said.

Lakes & Legends is named to celebrate the region, producing “craft beer of the North,” Taylor said, referring to what some call Minnesota and nearby states instead of the traditional Midwest.

The spirit carries over to the beer. Lakes & Legends is the state’s only brewery that is a member of Minnesota Grown, a directory of farmers and agricultural producers in the state. When the brewing team looks to brew a new beer, Taylor said, head brewer Andrew Dimery and assistant brewer Jacob Glowinski start with the directory’s list of local producers. It’s reminiscent of both Taylor’s and Applen’s families’ backgrounds, which have a history of farming in Minnesota, with farms out in Mahnomen and Marshall, respectively.

“We build the beer around the ingredients,” he said. “We’re trying to educate the consumer and the brewery world.”

The taproom features several limited-edition or unique beers, many featuring seasonal produce. Later this year, Taylor will drive up to northern Minnesota to pick up fresh cranberries so they can brew a cranberry saison for this fall. Soon, beer fans can expect Lakes & Legends to release Cool for the Summer, a cucumber and mint saison beer, or “beer meets spa water,” Taylor said.

Lakes & Legends doesn’t quite have a specialty. Taylor said they brew what they like and what their customers would like to see.

Currently the brewery’s most popular beer is the St. Gail raspberry-honey ale. Each batch requires 1,200 pounds of honey and 400 pounds of raspberries to produce.

It’s one of four flagship beers, along with the Great Wit North, a wit beer with orange peel and coriander flavors; Marigold, a light and smooth golden strong ale; and the Barncat IPA, a lighter Farmhouse-style IPA. When cans of the IPA are released in 12-ounce cans later this year, all four will be available in liquor stores. Lakes & Legends also offers half-gallon growlers and crowlers, or 750-milliliter cans.

Beyond the beer, regular events keep the taproom busy. There’s weekly trivia on Tuesday nights and vinyl nights a few times a month. There’s live music most Fridays. Taylor said their location is easy to get to for both staff and customers, no matter the weather.

“We will do just as well during a huge snowstorm on Saturday, for example, as we do on a normal Saturday… because people can walk over,” he said.

The taproom has become a destination for dog owners. Along with Sisyphus Brewing, Lakes & Legends became one of the first taprooms in the state to legally allow dogs inside. Last year, the breweries spoke with city and state officials and got a variance to allow pooches into the taproom, though Taylor said Lakes & Legends was already popular with the neighborhood’s many dog owners thanks to its 50-seat outdoor patio.

“We do really well with dogs and their owners,” he said.

In the canine spirit, Lakes & Legends will host a Dog Days of Summer block party on July 14 with food trucks, dog-focused vendors and a raffle for Taylor Swift concert tickets, among other prizes. The free event will benefit Pause 4 Paws, a Plymouth-based organization that supports animal rescues and sanctuaries.

It’s the second of three block parties that will take over the street outside the taproom. Another festival this September will bring in farmers and food producers through Minnesota Grown.

It’s one way to get out into the neighborhood, which Taylor described as “the foothills of downtown.”

“We’ve really found our home in Loring Park, and it’s just been an awesome neighborhood to have a business,” he said.