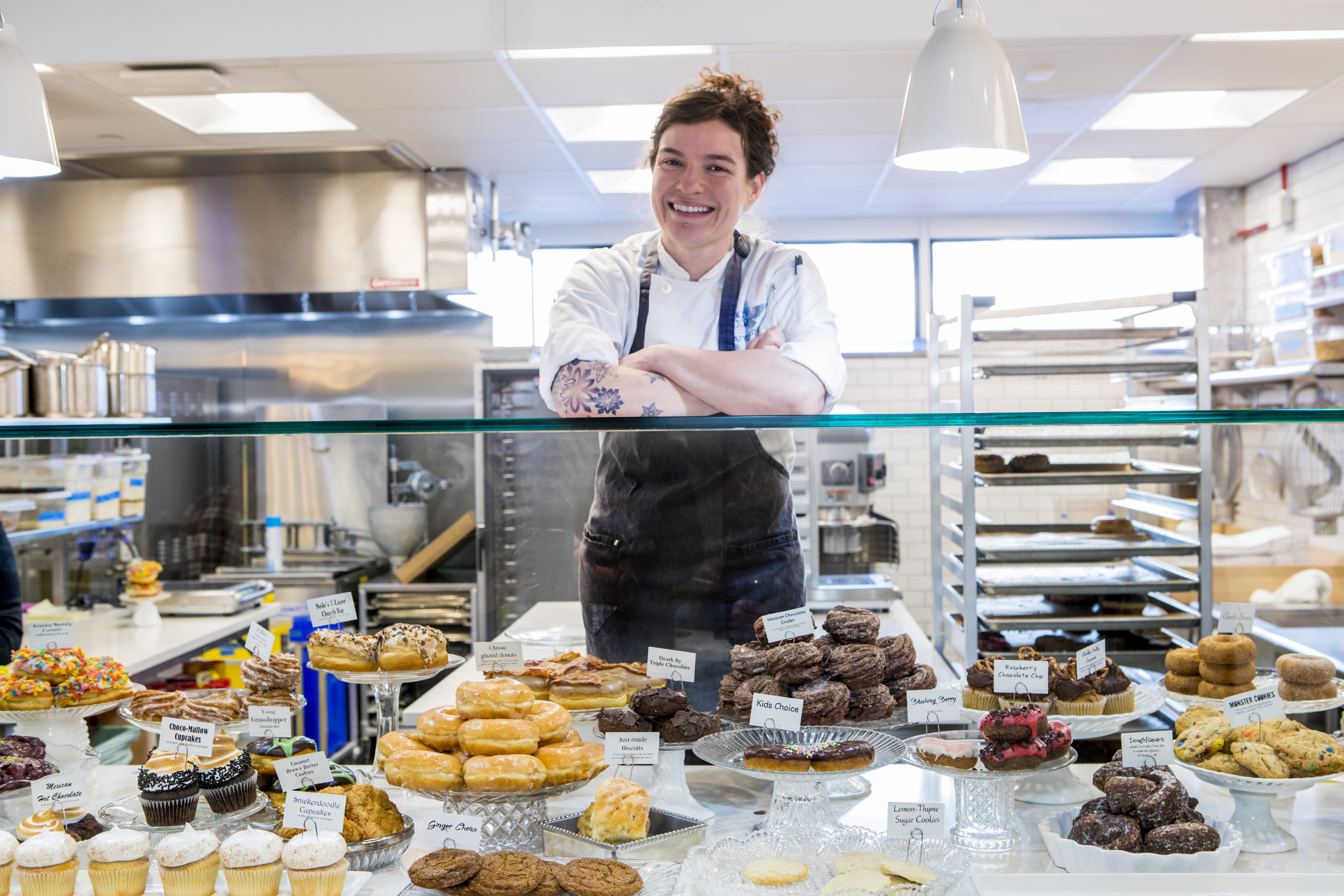 While the travelers at Minneapolis-St. Paul International Airport are going global, the airport’s dining scene is quickly going local.

For the airport, this push for Minnesota-made food has led to adding nearly a dozen restaurants from local purveyors over the past year, and many more will soon hit the runway.

Liz Grzechowiak, assistant director of concessions and business development for the Metropolitan Airports Commission, said this movement has been about giving opportunities for Minnesota business owners and better representing the state to its global guests.

“My starting point was that my goal is going to be to share with the world that the best way to know a culture is through its food, and we’re going to get it done at the airport,” Grzechowiak said.

The Minnesota restaurants are part of wave of 15 dining concepts and 35 new shops that has recently opened in the airport, which goes through a request for proposals process to evaluate retailers and enter new leases. The Metropolitan Airports Commission is expected to move forward next month with a second round of restaurants and stores. By next February, Grzechowiak said, 30 new restaurants will begin construction.

“It’s very, very important to us for people who are traveling to this facility for them to get a sense of what Minnesota and Twin Cities retailers are all about,” said CEO Brian Ryks of the Metropolitan Airports Commission. “We’ve taken that direction seriously, and it is paying off tremendous dividends.”

Among the local concepts are well-known restaurants like Republic, Black Sheep Pizza and Smack Shack. Others are smaller businesses expanding for the first time.

Angel Food Bakery & Donut Bar, a business with just one bakery in downtown Minneapolis, now has a glassy, modern shop in Terminal 1.

For owner and head chef Katy Gerdes, expanding to the “weird world” of the airport left a lot of important questions on the table for a small business owner. Watering down the concept was her biggest concern, Gerdes said.

“How do we grow and maintain quality and standards, the visual appeal we want [and] the fun atmosphere we want?” she said.

Operating an airport bakery meant figuring out how to bake Angel Food’s goodies on site instead of trucking them in. On top of that, Gerdes had challenges sourcing ingredients and bringing their preferred local ingredients to MSP.

In the end, the airport and Angel Food’s joint venture partner, Delaware North, took her ideas and ran with them, she said. This year, the bakery won an award for best quick-service concept from the Airports Council International.

“The crew here is just as talented making fresh scratch bakery goods on site in this airport as anybody we have downtown,” she said. “On a surface level to the customer, they should be the same company, and that’s our biggest goal here.”

Jordan Smith of Twin Cities-based Black Sheep Pizza had his own hurdles in converting his growing chain of coal-fired pizza restaurants to an airport concept.

Beyond the challenges of sourcing unique pizza toppings and other ingredients, Smith offers new breakfast pizzas and is developing a menu of grab-and-go breakfast sandwiches to meet the needs of Black Sheep’s new audience. While the airport’s traditional pizza menu is virtually the same as the other restaurants, Smith said, the pizzas are 10 inches across instead of 12 inches. Prices are higher, with pies running airport diners about $1–$2 more than customers at three regular Black Sheep Pizza restaurants in Minneapolis and St. Paul.

Costs for restaurant operators are also higher at the airport. Grzechowiak said their agreements with restaurants allow operators to charge up to 10 percent more than the prices diners pay at the restaurants outside of the airport. The higher prices typically found at the airport cover higher wages, greater benefits, distribution fees, rent and other costs like parking and paying employees to go through security.

But the rewards are great, business owners say. About 38 million people walk through MSP each year, or about 90,000 travelers a day, which makes it the 16th busiest airport on the continent. With such a large, captive audience, Smith said having your name in the airport is akin to putting a billboard up.

“If that many people are out here, we think of it as a tremendous branding opportunity,” he said.

The Minnesota Twins have a presence in the dining scene at MSP. The team has opened a 6,100-square foot restaurant called Twins Grill with seating for up to 220 people.

“Having our brand out here in partnership with all the other great restaurants that are here, not only gives the guests that are coming through the airport from the region, the country or internationally exposure to the food, but also to our brand,” said Matt Hoy, senior vice president of operations with the Minnesota Twins.

For MSP, Grzechowiak said it’s about sharing a different story about Minnesota through food. Instead of travelers describing the state in desolate terms like tundra — or worse, not having anything to say about Minnesota, she said — they’ll have a uniquely local dining experience to talk about.

“I knew having grown up in food and beverage in the Twin Cities that we had so much to offer and had such a strong story to tell,” she said.