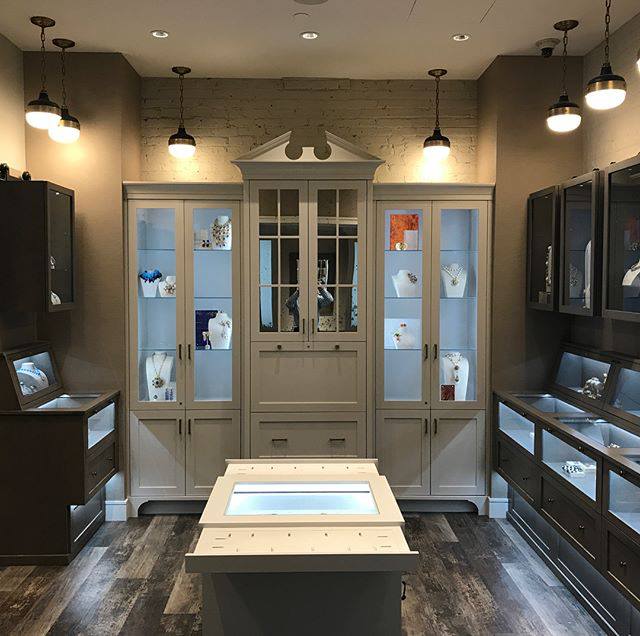 JB Hudson, one of downtown’s longest-running retailers, can now be found in the retail center of the North Loop.

The high-end jeweler, a Nicollet Mall establishment dating back to 1885, opened a store-within-a-store inside MartinPatrick3 called the Loupe. Rather than a pop-up concept, the jeweler says the miniature store will be a long-term partnership with the luxury menswear boutique meant to “connect with a new downtown client.”

“We’re the premier luxury jeweler of Minneapolis and here we have an opportunity to partner with the premier luxury mens retailer. We’re both at the top of our game in what we do. Why wouldn’t we want to expand into this section as well?” said Nick Pechman, JB Hudson president. 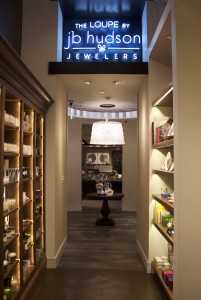 Pechman said a North Loop location will offer a different experience than JB Hudson’s longtime flagship store at 9th & Nicollet in the Young Quinlan building. Rather than the more corporate-focused downtown store, he said the Loupe will match its more residential, “very familial” neighborhood and surroundings in MartinPatrick3.

At 400 square feet, a fraction of the main store’s 11,000 square feet, Pechman said the Loupe carries a “dynamic” mix of new and existing inventory with a wide range of price points, from $1,000 to milestone gifts worth up to $1 million. The space, located just beyond the boutique’s bar accessories section, offers high-end jewelry for men and women, watches and accessories.

Shoppers should always expect to see something new inside the Loupe, which will offer items to accessorize something they bought in the store, Pechman said, as well as pieces that they can be “wowed” by. Jewelry available at the Loupe contrasts from the style offered on Nicollet Mall, which Pechman described as “traditional with modern touches.”

“We don’t have the opportunity to rest and learn and play in the same way,” Events and Experience Manager Karen Allen said, “but this, because of the intimacy and because of the surrounding vibe, we just have a more dynamic space and we intend not to follow, but lead in that way.”

The Loupe is part of the menswear boutique’s latest expansion, a nearly 4,000-square-foot space in the back of the building that is used for events. The larger footprint — one of several expansions over the retailer’s lifetime — will mean more space for Marty’s, a full-service barber shop, and an in-house tailoring service. There are also new rooms for events.

Events are a significant component of JB Hudson’s business, so Allen said they look forward to collaborating with MartinPatrick3.

“This space is going to be a great fusion of what JB Hudson can bring in events and what (MartinPatrick3) already has going on,” she said.