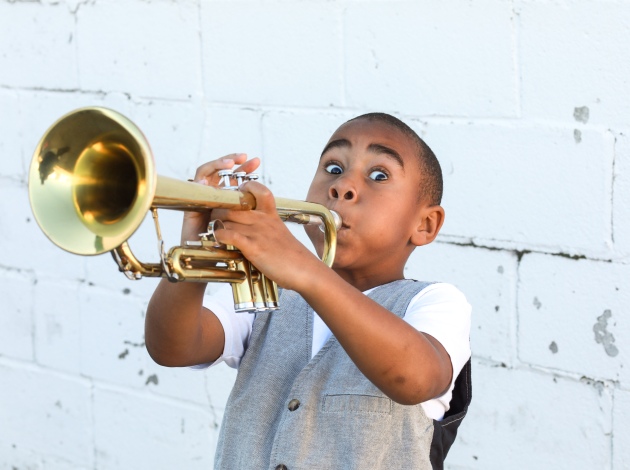 It’s rehearsal time at the Interact Center, which showcases artists with and without disabilities. Zena Moses and her five-year-old son Messiah are in town from New Orleans, playing voodoo queen Marie Laveau and a young Louie Armstrong. Interact’s Naa Mensah is dancing center stage, playing Essie. Their audience today is the 60-member cast, who dance in their seats and jump up when it’s time to rehearse their scenes.

“This is going to look really good at the Guthrie,” one man said.

The Interact Center’s new show “Hot Funky Butt Jazz” takes the Guthrie stage through Nov. 18. Created by Jeanne Calvit, a resident of the Wedge and originally from Baton Rouge, the show takes inspiration from Union Sons Hall, which operated as a Baptist church by day and the “Funky Butt Hall” by night.

Moses said she appreciates that the production goes far beyond teaching lines. Everyone learns the history of the characters.

“A lot of folks don’t know who Buddy Bolden is,” she said.

A loud and expressive cornet player, Bolden’s band created a new sound for dancers and often played at the Hall until 5 a.m., according to the New Orleans Jazz National Historical Park. The band is generally considered the first to play jazz. Bolden’s popularity grew until 1907, when he was committed to the Louisiana State Insane Asylum, and he lived there until his death.

In the early years of jazz, some felt threatened by the new sound, and jazz was considered taboo and shunned by church folks, Moses said. But the era came to be known as the Jazz Age.

“This is like genius in the margins,” Calvit said.

The cast sees a natural connection between the Interact Center and the story of the birthplace of jazz.

“These are the people who have already been counted out,” said Moses.

When asked about working with actors at Interact, Moses said this show isn’t any different from other productions.

“Truth be told, I’m on disability,” she said. “You limit them before they limit themselves. … Everyone has good days and bad days.”

“It’s all about putting a good show on,” Calvit said.