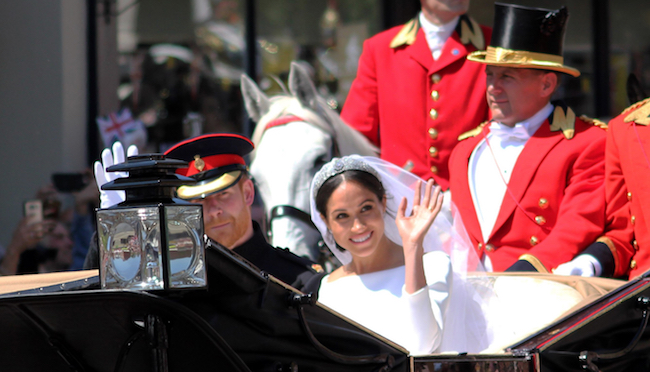 The royal wedding of Prince Harry and Meghan Markle

I was recently watching the royal wedding of Prince Harry and Meghan Markle. The fact that she has an African American mother and a white father led me to think about where she fits in racially, similar to other celebrities like Tiger Woods and Barack Obama. As a black man I’m wondering: How is race determined among people who are biracial?

This is a thought provoking question and I appreciate you raising it. It’s an important topic but because it can also be a loaded topic sometimes people avoid it.

With that I’ll tread lightly as I proceed, and acknowledge how my whiteness — and my white privilege — informs this answer.

This is a question about individual identity, but also about how we have historically made meaning of our differences on a societal level. The classification of biracial individuals as black is tied to the legacy of racist laws that relied on the ‘one-drop rule,’ which claimed that even a small amount of black ancestry meant a person was considered black. This rule based on racial hierarchy, which only existed in the U.S., also maintained that anyone not able to “pass” for white was classified as black.

To clarify, physical anthropology and biology define race as, “categories of human beings based on average differences in physical traits that are transmitted by the genes not by blood,” as F. James Davis put it in “Who is Black? One Nation’s Definition,” whereas culture is a, “shared pattern of behavior and beliefs that are learned and transmitted through social communication. An ethnic group is a group with a sense of cultural identity, but it may also be a racially distinctive group.”

Yes it can get confusing. What’s important to remember is that being perceived as belonging or not belonging to a group can have dramatic effects on our wellbeing.

We have long lived in a world in which we’re put into boxes — male or female, single or married, gay or straight. Dealing with ambiguity does not come naturally. We prefer the either/or versus the yes/and.

Categorizing people comes from a place of fear going back to tribalism; if we label ourselves as distinct from that which is “other” we think we have a framework to understand and protect ourselves.

No one should be reduced to labels by others. For example, I cringe a bit every time I have to select a diagnosis for a client because their insurance company demands it. Just as we should be careful with potentially stigmatizing diagnoses, we must be mindful of how people are defined based on the shade of their skin.

It should be up to the individual person to decide whom they most identify with. Tiger, Barack and Meghan (excuse me, Her Royal Highness) should be allowed to choose the terminology that resonates and feels true to them.

Terms such as mixed-race, multiracial and biracial may not feel quite right for everyone, but perhaps it can never be perfect when we’re talking about putting broad labels on something as unique as an individual’s perceived experience. We’re all fascinating, unique, sensate beings with our own history, beliefs and sense of meaning. Each individual should have the right to decide the terminology that agrees with them because no one deserves to be stereotyped.

Of note: While Harry and Meghan’s wedding represents a change to the norm, let’s not forget the contradiction at play. On the one hand we have a bride who represents something groundbreaking for the royal family — she is a slightly older, divorced, biracial woman — but on the other hand this union is still within a tradition steeped in colonialism and patriarchy. Seems fitting to check the box labeled “it’s complicated.”