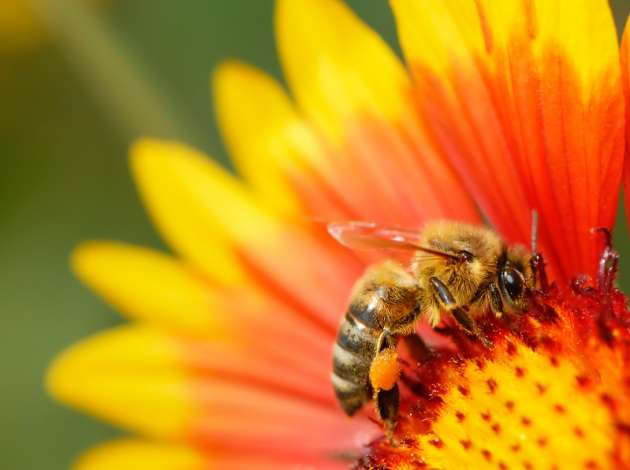 It’s been a while since I wrote anything about neonicotinoid pesticides, and with the Legislature currently considering changing the bee-friendly legislation passed last year, it’s high time.

As many of you probably know by now, neonics are a class of pesticides believed to be one of several things contributing to the decline of honeybee colonies. Farmers use seeds coated with neonics when planting crops like corn, canola, wheat and soybeans to protect plants from pests. But for many years, growers and retailers have also been using neonic foliar sprays and soil drenches on annuals, perennials, shrubs and trees.

They aren’t doing anything wrong. Pesticides have long been used in the nursery trade to reduce insect damage that would deter customers from buying plants. They’re also used to help stop the spread of invasive pests, like the Japanese beetle, across state lines. Of the many pesticides to choose from, neonics became a favorite because they are less harmful to humans and other mammals than other options. In recent years, though, studies have shown that this class of pesticides can harm and even kill bees and other pollinators when they feed on treated plants.

What makes the difference between suffering and death is dose. Neonics are systemic pesticides so, once they are applied, they can be found throughout plants in stems, leaves, flowers, nectar, pollen and, to some extent, the surrounding soil. While there are regulations governing the use of neonics on agricultural crops, it is legal to use higher levels of the pesticides on the plants most gardeners buy. When bees and other pollinators visit treated plants, they get a little dose of poison. Research from numerous sources has found that, even in low doses, the pesticides can disrupt an insect’s ability to find food and reproduce. It may also make them more susceptible to parasites and diseases, two of the other factors scientists say are contributing to the loss of bees. Higher amounts can be lethal, sometimes immediately.

Because neonics may be contributing to bee decline, some countries have restricted or banned the use of the pesticides while further studies are done. But here in the U.S., we don’t subscribe to taking precautionary action. Here, nothing is done until a possible threat is absolutely, positively proven a thousand times over to be harmful, and the corporate and government interests involved have exhausted all possible avenues of subterfuge and appeal. So our bee crisis is getting worse.

According to a recently released annual survey of 5,000 beekeepers around the country, 42 percent of their hives had been lost in the past year—the highest percentage since the survey started in 2010. Meanwhile, the Environmental Protection Agency continues to hem and haw on the subject, saying they are reviewing it and will get back to us with their thoughts. And after forming some sort of task force, the White House is expected to soon be releasing a plan for pollinator protection. (Insert your own despairing comments here.)

Last summer, Minnesotans could be proud that we were, and remain, the only state to pass bee-friendly plant labeling laws. But that’s over now, it seems, because as I write this, lawmakers are reconsidering a rule that went into effect last July stating that nurseries could not label or market plants as “pollinator friendly” if they had been treated with insecticides known to harm bees, including neonics. Under pressure from the nursery industry, the House has already approved, and the Senate may have too by the time you read this column, new labeling language that will allow nurseries to market a plant as good for bees and other pollinators as long as it has not been treated with enough pesticide to kill an insect after taking just one drink of nectar or getting a single load of pollen.

Reporting on the issue in the May 14 Star Tribune, Josephine Marcotty quoted Tim Power, the Minnesota Nursery and Landscape Association’s head of government affairs saying things like: “There is a level of pesticide that is safe for pollinators.” (These levels are set by the EPA, by the way.) Power goes on to explain, with no apparent irony, hey, pollinator-friendly nursery labeling was never about pesticides, anyway, it was about the plant’s characteristics being attractive to bees and butterflies. In other words, it was never the nursery industry’s problem whether plants were actually safe for the insects that visit them, so let’s just repeal this pesky labeling legislation and get back to business as usual.

Gardeners, we are in a tough spot. The way the nursery industry runs now, they need to be able to do something to control pest problems, not just for aesthetic and financial reasons, but to comply with regulations that help keep potentially devastating insects from freely moving about the whole country. So do they go back to relying primarily on chemicals that cause more harm to humans than bees? Do they continue to use neonics in amounts that may not actually kill pollinators on the spot, rationalizing that it’s all right for insects to sip a little bit of poison every time they eat? Will there ever be a broader discussion of how toxic chemicals can be made less a part of gardening in general?

For now, what happens is mostly up to them, so we are in a buyer-beware situation every time we go plant shopping. Honestly, I don’t have an answer for how this issue can be resolved workably for nurseries. But it’s clear that simply boiling this down to a debate between crazy bee-loving freaks and industry folks just trying to make a living isn’t helping. So, in the hope that it may help bees, I’m continuing to make it a point to avoid plants treated with neonics. I have a list of places to shop and I’ll happily send it to you if you email me at www.everydaygardener.com.

Check out Meleah’s blog: www.everydaygardener.com for more gardening tips or to email her a question or comment.