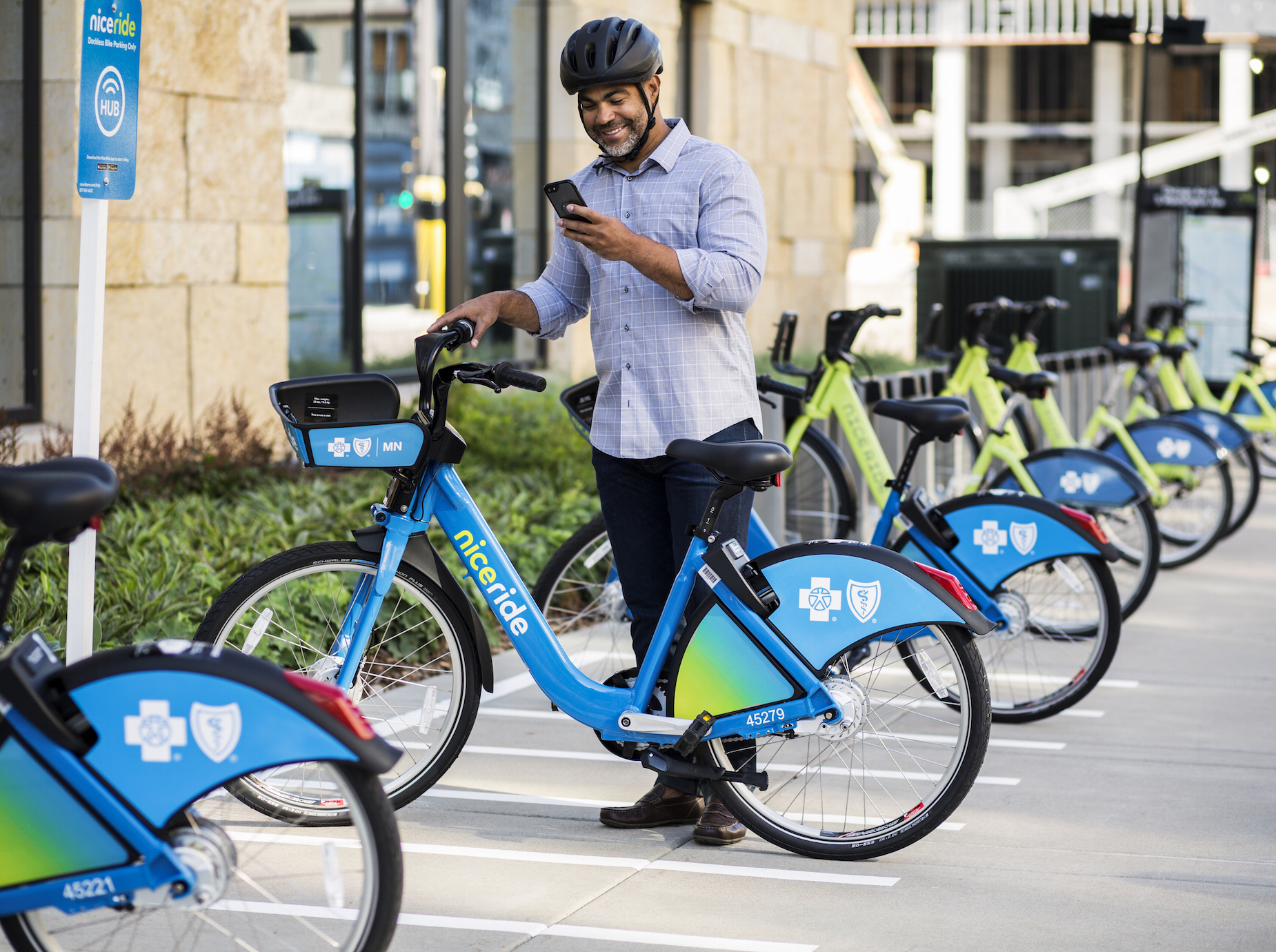 The operator of the Nice Ride Minnesota bike-share system will roll out a fleet of 1,500 dockless bike-share bikes this month in Minneapolis.

Brooklyn-based Motivate will place the new blue bikes in designated parking zones on streets, plazas, sidewalks and parking lots around Minneapolis. Users will be able to unlock the bikes using the Nice Ride Minnesota smartphone app and return them to any open spot in the designated parking areas.

The rollout of the new system will come about two months after Motivate took over operation of Nice Ride from its namesake nonprofit. Nice Ride Minnesota had operated the Nice Ride system for eight years before seeking a private company to transition the system from a dock-based model to a dockless one. It chose Motivate this past winter after a competitive bid process.

Under Motivate, the new Nice Ride system will include a mix of traditional docking stations and dockless bikes. Motivate hopes to install as many as 200 designated parking areas this year, according to its master plan. It plans to add an additional 1,500 dockless bikes to the Minneapolis fleet in 2019 and another 1,500 in the years 2020 and 2021, if usage targets are met.

Bill Dossett, executive director of Nice Ride Minnesota, said the new dockless bikes are designed for 10,000 trips, adding that they are the same bikes used in systems in New York City and San Francisco. Each bike will be returned to a permitted spot, he said, noting that Motivate will paint new spots starting the first week of September.

Other cities have instituted dockless bike-share programs, but Minneapolis will be the first to take a permitted approach, Dossett said. The new system will cost less to operate than the system of docked bikes, he added.

Motivate is also conducting a pilot of 150 ebikes, Dossett said, though he didn’t know the exact timeline for that project. He highlighted the partnership between Nice Ride Minnesota, the City of Minneapolis and Blue Cross and Blue Shield of Minnesota, which will continue to act as the title sponsor of the system.

Also in the past month, Nice Ride launched a new smartphone app, which automatically updated for users who already had the old Nice Ride app on their phones. The app allows users to map out rides to any destination in the Twin Cities, and it shows the closest docking station to their destination. It contains upgrades such as a plan-a-ride feature that will deliver bike directions directly within the app. It also allows users to create a personal rider profile, access their ride history and sync the app with Apple Health.

Nice Ride is accepting suggestions for new parking zones for the dockless bikes. Visit niceride-newparkingzonesplanning.org/request-a-location.html to suggest a spot.