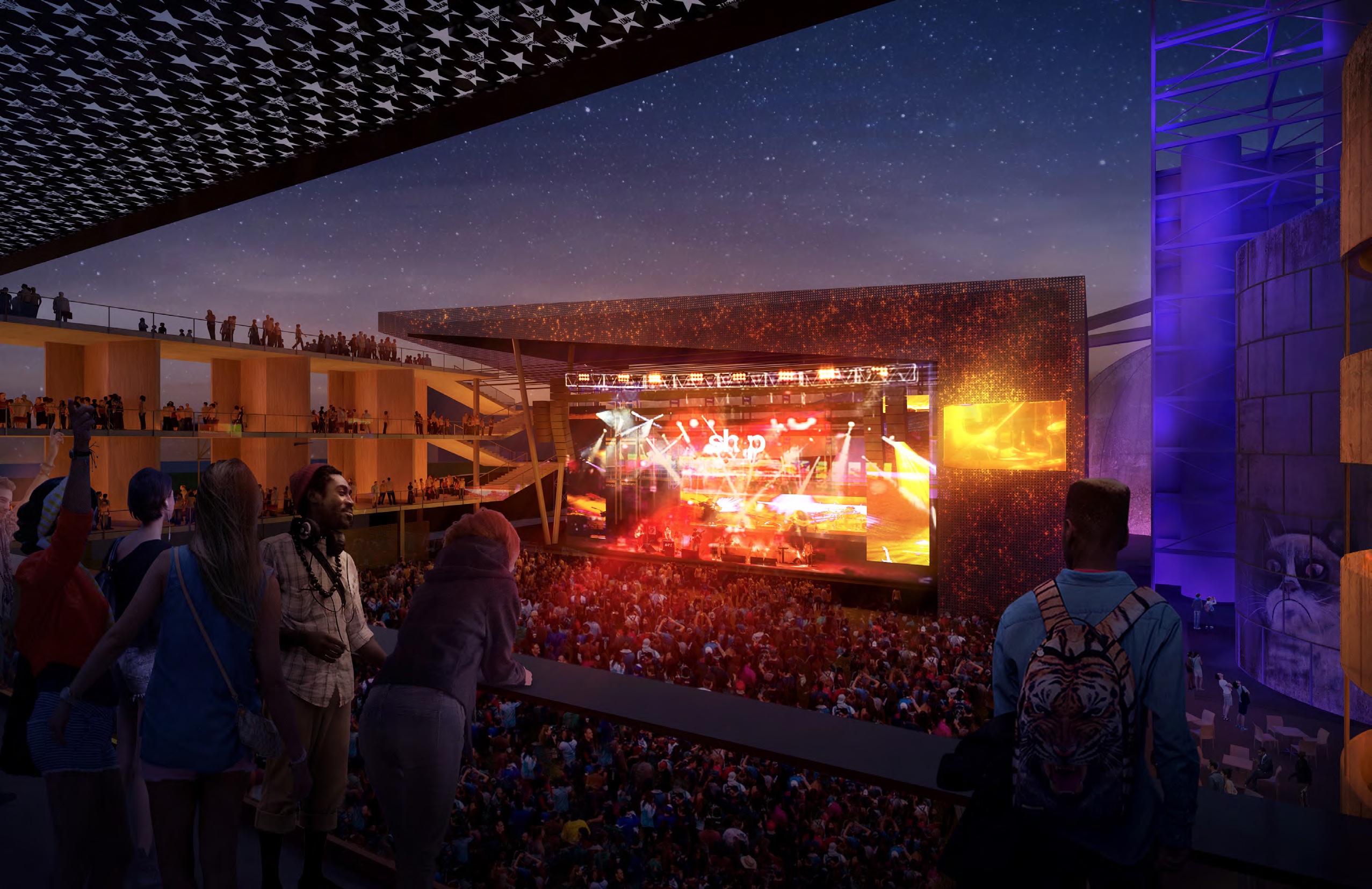 Rendering submitted to the City of Minneapolis

A new concept plan for the Upper Harbor Terminal shows an updated vision for the nearly 50-acre site in North Minneapolis, including renderings of a proposed performing arts center.

The concepts mark an opportunity for the public to give feedback on how they think a team of private developers should build out the site into a hub of private development, market-rate and affordable housing and new parks.

The City of Minneapolis picked a development team headed by Minneapolis-based United Properties that includes THOR Cos. and First Avenue Productions to form a plan for the former shipping terminal. 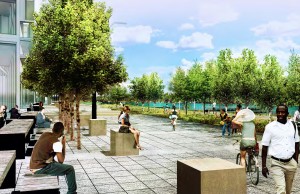 New renderings show the proposed performing arts center and its business practices in greater detail. First Avenue Productions, the company associated with the downtown music venue, and the development team are planning a performing arts center whose 10,000-person capacity — 6,000 seated and 4,000 in the outdoor space — would be open and accessible to the public for an estimated 315 non-ticketed show days a year.

Ticket fees would support free programming in the center, according to the plan. Many of the positions in the venue would be filled through Step Up, a local program that connects young people with jobs.

Phase one of the concept plan calls for the performing arts center, a low-rise mixed-use building, a hotel, a five-story commercial office building and a community innovation hub. At least 20 percent of the residential units would be affordable for households earning 60 percent or less of the area median income.

A second phase would feature more private development, job opportunities and enhancements to the riverfront. A third phase focused on building out the site’s southern half hasn’t been finalized.

The total cost of the first phase is about $125 million, including $15 million in state bonding money and $16 million in local contributions from the City of Minneapolis and Minneapolis Park and Recreation Board.