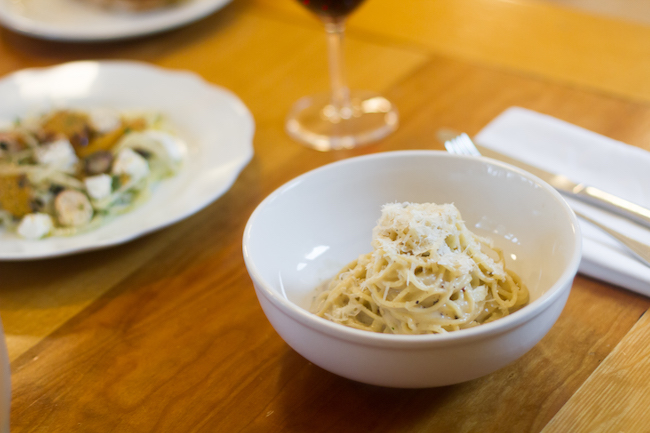 What is it about bungalows?

Their owners seem to bond with almost religious fervor, trading decorating tips, subscribing to special magazines and organizing walking tours. There’s no such reverence for Colonials or split-levels that I know of.

The city’s unofficial clubhouse for our local devotees was their beloved neighborhood institution Craftsman. I could hear the gnashing of teeth all the way from East Lake Street to Uptown when the owners called it quits.

The mourning’s over. The café has reopened as the Bungalow Club — with the same near-sacred decor that the new owner wisely left untouched.

The menu’s brand new, however, under the helm of Andrew Kraft, who’d previously cooked at Grand Café. It’s a modest list, arranged (a la Alma and Corner Table) into three sections: starters, small (in this case, pasta) courses and entrees.

Here, unlike those role models, diners are not obligated to devour all three; each item is priced a la carte (and reasonably, at that).

What unifies them? What theme, what style, what focus? Got me. 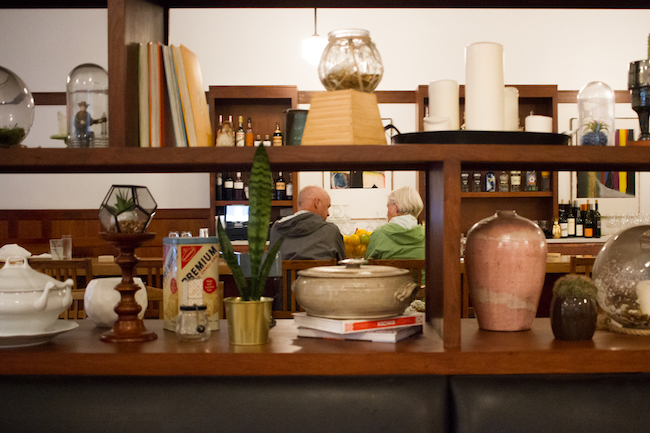 Starters, for instance, catapult from ribs to octopus to fried zucchini. What’s constant is a sense of playfulness, a why-not kind of pairing of elements that actually works, item by item, even if a cooking credo doesn’t come into focus. And it probably doesn’t matter.

Back to those starters ($9–$13). The chilled salad of pearly octopus coins tossed with shaved fennel was enhanced with roasted apricots and creamy dollops of burrata cheese, all laced with a mild, almost fruity vinaigrette.

And the ribs? Huge, ultra-meaty pork bones to which a sweet peach piri piri clung. They rested on a platter scattered with herbs and dotted with bits of radish and celery and blue cheese. Crazy, again, but mighty tasty.

Those two starters could form a complete dinner for the less-than-famished diner. Starters also include bean salad, gem lettuce salad and that fried zucchini, here dressed up with pecorino and chili aioli.

The momentum continued with the pasta course (half or large portions $9–$12/$15–$19). The zucca number featured nicely chewy, house-made pasta nuggets tossed in a sweet-sour agrodolce sauce, along with tender strands of long-simmered pork shoulder and bits of broccoli — a pleasing, no-surprises combo. 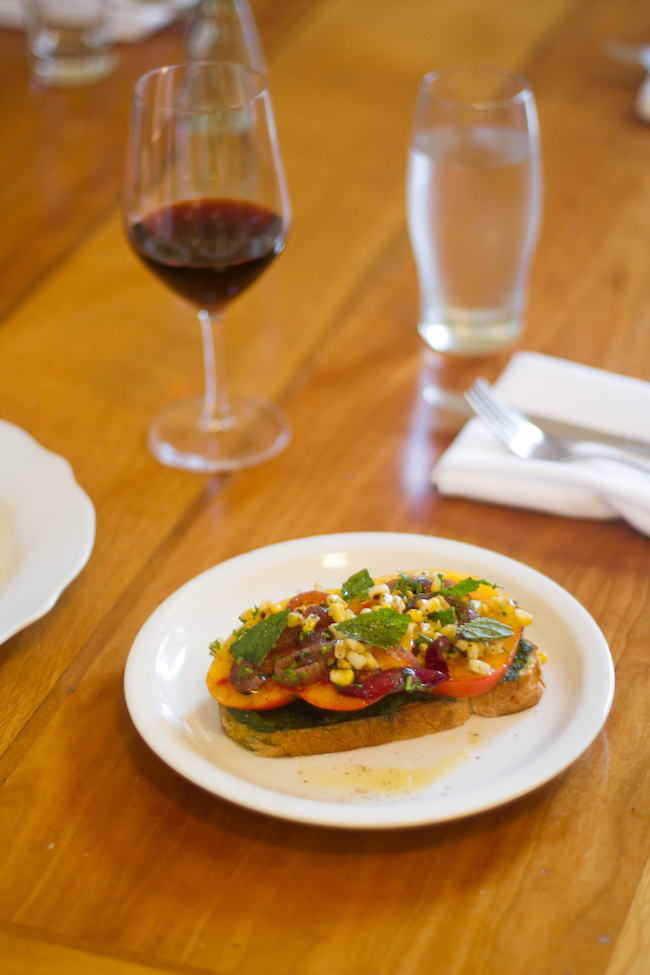 But then, the mezzalune! The half-moon-shaped pasta pockets incorporated hibiscus in their dough, which held a filling of smooth ricotta blended with brown butter sauce, poppy seeds and “some green things,” according to the menu (read: pleasing herbs). The composition came topped with beet-green tendrils, slim green beans straight from garden and sherry vinaigrette. It’s a little much (the raw beans, for instance, are excessive) but a lot of fun. Also listed: tortellini, rigatoni and a simple spaghetti.

Servings were so generous that we bailed before the entrée course: burger for $14 to sirloin for $25, along with salmon and smoked chicken. Add sides if you wish: fingerlings, farmer greens and creamed corn (a bungalow kitchen staple, after all).

I’m glad to report that we revived in time for dessert ($7–$8), because they’re the best I’ve encountered in a long time: not the tired listing of molten chocolate, creme brulee and cheesecake, but rather old-fashioned baked wonders.

The cherry clafouti was just as appealing, carrying a custard base for the mounds of sweet, dark fruit. Chocolate ice cream might not have been the perfect partner here, but who’s complaining?

Interesting wines you won’t see everywhere, plus eight beers on tap and the kind of interesting but not zany cocktails you’d find back in the bungalow era. Need I mention a lovely patio as well?