Image by the BKV Group

Developer Jonathan Holtzman said the 307 units of City Club Apartments CBD Minneapolis will be marketed toward twentysomethings who make $45,000–$65,000 a year and, with only about 20 parking spaces in the building, who don’t own a car. Mayor Jacob Frey said the project will “bridge the affordability gap” for young people who’d rather have a central location and downtown’s amenities over a spacious apartment.

“They want to sleep in their apartment, but they want to live in a great city, and that style of living is exactly what we’re pushing for in City Club Apartments,” he said at the ceremony. “I think it should be replicated again and again.”

Work has been underway since September at the site where a non-historically designated 1914 addition to the 1907 Handicraft Guild Building on the block has been demolished. However, the project will preserve the main three-story building and the two-story Guild Assembly Hall by converting them into offices and a 3,500-square-foot bar, restaurant and event space, respectively.

The buildings were the original home of the guild, an organization central to the Arts and Crafts Movement whose members included artisans and crafts workers. Prior to the project, they were home to several small businesses, from a violin shop to an art gallery and an electronic music school.

“It’s important to me that our city look to the past to guide us,” said Ward 7 Council Member Lisa Goodman, who represents the area. “You know that we can honor our past while thinking in a very forward way.”

City Club Apartments CBD Minneapolis will have unique amenities like an upper Minnesota cabin-inspired Sky Club on the roof where residents can host their own private events with a gourmet kitchen. A Sky Park will have an outdoor pool, spa and movie theater. Residents will have access to a 24-hour concierge service, a Bark Park and exercise rooms. Holtzman said the developer and its architect, BKV Group, have designed everything down to the shower heads in the bathrooms. They plan to have programming so residents can socialize — even set up dates with their dogs.

“You walk to work. You walk to play. You walk to sports. You get on mass transit. It’s in the center,” he said. “These things exist in Manhattan and Boston and San Francisco, but they’re not here.”

City Club Apartments did not disclose what rents for the units will be, but said they will be affordable to the many young professionals getting their first jobs after college. The building will have about a dozen different floor plans with four distinct finishes. While most residents won’t have access to parking in the building, Holtzman said they will partner with a parking ramp across the street. 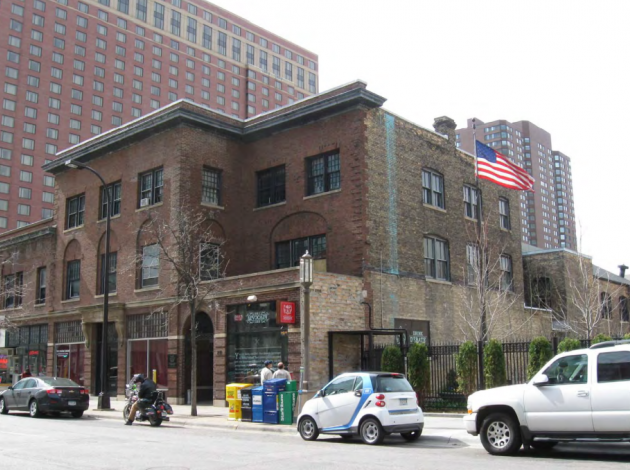 Frey praised the project for creating more housing at a time of “sky-high demand” and for its affordability, which comes from its small units and not from government assistance.

“What we need to be looking towards right now is a new model of doing residential, a new model that doesn’t rely on subsidies or subsidies exclusively,” he said.

Pre-leasing is scheduled to begin as soon as this fall. City Club Apartments expects residents to begin moving in the spring of 2019 with a full completion in the summer. More information is available at cityclubapartments.com.

Holtzman, who launched City Club Apartments with developer Alan Greenberg, is the former CEO of Village Green Holdings. Village Green is behind the renovation of the Soo Line Building at 5th & Marquette.

Prior to his leave from the company, Village Green and the building’s previous owner, Pratt Ordway Properties of Vadnais Heights, had proposed a similar residential tower on the site. City Club Apartments paid nearly $5.7 million for the properties at 1000 and 1016 Marquette Ave. S., according to a certificate of real estate value made public in January.