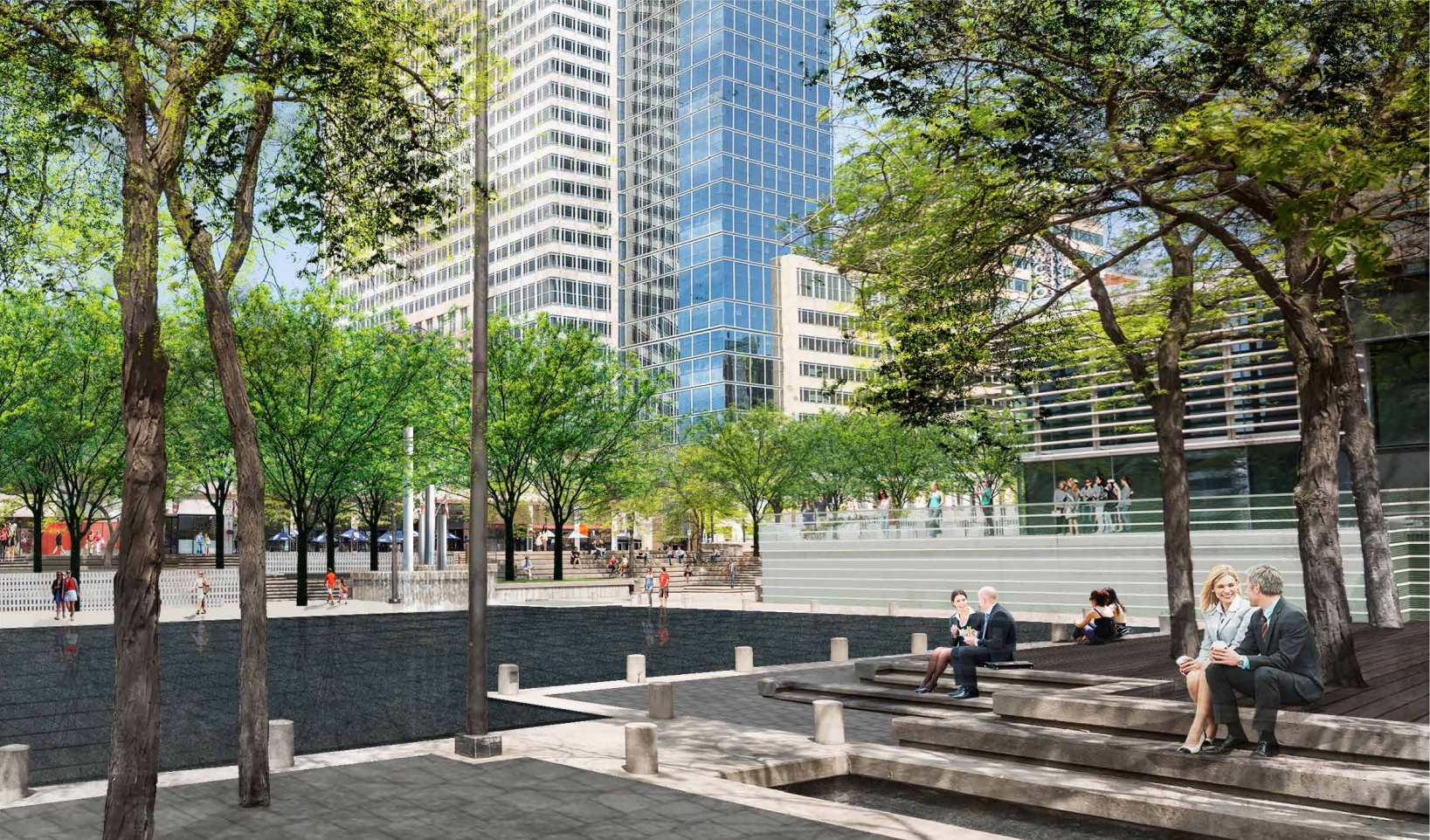 Peavey Plaza is now closed as it goes through a $10 million renovation to turn the public plaza on Nicollet Mall into a functioning destination for daily work lunches and future events.

The well-worn plaza and its defunct fountains have waited for repairs for years as the City of Minneapolis and partners searched for the necessary money. The wait is over as the 1970s-era landmark gets improvements like new, more accessible entrances and a new reflection pool. 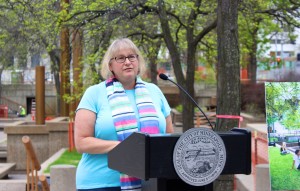 “Like all 45-year-old women, sometimes you just need a facelift,” she joked, “and that’s what’s happening to our beautiful midcentury modern plaza.”

The project’s budget is about $10 million, including $4 million from the City of Minneapolis and $2 million in state funds. David Wilson, chair of Green Minneapolis, said the non-profit conservancy and the Minneapolis Downtown Council raised approximately $4 million in donations from private companies like Target and U.S. Bank. Wilson said the organization, which operates and maintains the Commons park near U.S. Bank Stadium, plans to have a similar relationship with Peavey Plaza.

“Green Minneapolis’ vision is to make our downtown more welcoming, more diverse with wonderful public places, and Peavey Plaza is going to be one of those places,” he said. 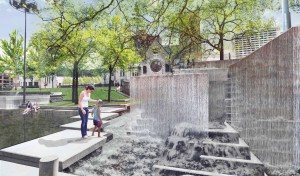 Shane Coen, founder of landscape architecture firm Coen + Partners, said the project will make the plaza more accessible, flexible and sustainable. A new entrance ramp will make it possible for people in wheelchairs to get down into the sunken park.

Coen said the renovation will keep Peavey Plaza a flexible space for future events. Concept renderings from the firm show an ice rink and movie nights as potential temporary uses of the site.

Crews will repair the fountain and replace much of the original plumbing so it uses less water and is cheaper to operate. The long-dry basin will retain about a quarter-inch of water following the work, serving as a reflection pool.

City leaders sought to fill in the basin in 2012, but dropped the plans after preservationists sued the city. The 1974 park, designed by architect M. Paul Friedberg, was officially added to the National Register of Historic Places in early 2013. 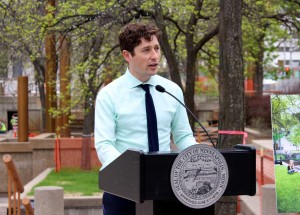 Peavey Plaza is set to reopen in the summer of 2019. Wilson said, like with the Commons, Green Minneapolis eventually plans to pursue sponsorship opportunities to activate the plaza and help fund ongoing maintenance so it doesn’t fall into disuse once again.

Mayor Jacob Frey said the overhaul of Peavey Plaza will build off of the recent $50 million redo of Nicollet Mall.