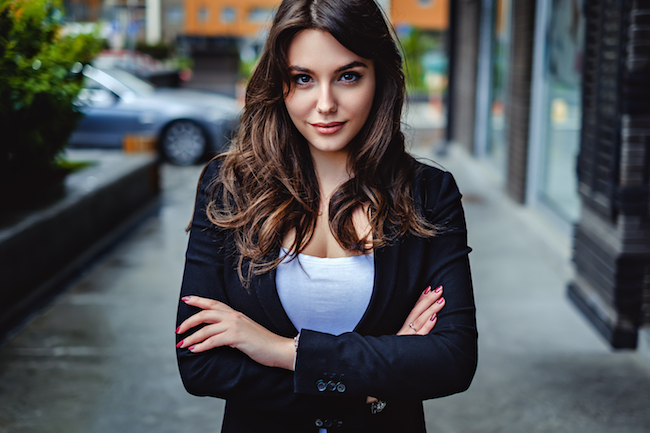 As I look back over the years, I realize how much I’ve struggled to assert myself. I can think of a handful of examples from work or with my husband in which I might feel frustrated or disagree yet I remain silent. It’s not that I’m confused about how I feel, it’s just that I struggle to actually tell the other person. How can I learn how to speak directly to people and be more assertive?

Effective communication is essential to our wellbeing as social creatures, yet how many of us actually received education about it in school as a kid? Not only was this absent academically, but most of us didn’t have models for it in our household growing up.

Communication skills are so crucial, and yet the majority of people fumble their way through, learning by trial and error or avoiding it altogether when it feels too tricky. You fall in the latter camp.

The problem with stuffing your feelings versus expressing them is that you build resentment toward people, and possibly even contempt, over time. This doesn’t do you or the other person any favors.

Keep in mind what Andre Lorde stated: “When we speak we are afraid our words will not be heard or welcomed. But when we are silent, we are still afraid. So it is better to speak.”

Not asserting yourself doesn’t mean your issues magically dissolve. Quite the contrary. Typically, the energy of those feelings builds until you eventually explode more aggressively.

Being assertive is about recognizing what you need and asking for it. This comes from having enough self-worth and self-respect to know you have a right to be heard and acknowledged.

You may have learned as a child that even if you expressed your needs they were disregarded or ignored. You many have also learned to avoid conflict because of the drama or silence you witnessed when people’s needs weren’t aligned — and as a result avoid confrontation.

Keep in mind that clear communication can actually prevent conflict or confusion later. There are many possible outcomes from being assertive that are actually productive and provide clarity.

Specific steps involved in asserting yourself include being aware and honest about your needs and how they represent your underlying values; taking responsibility for your needs rather than blaming others; and being unapologetic, yet trying to find a balance between the different views of those involved. (Hint: empathy helps.)

Remember that communication is about more than words but also about eye contact, facial expression, posture, gestures, tone and cadence of voice. Embody a stance of strength and grace rather than thinking you have to be a bully to be heard.

Being assertive doesn’t mean you are demanding something (“You need to do this …”) but rather that you’re speaking from your own experience (“I feel I need this …”).

I’m a fan of a method called Nonviolent Communication (NVC), also referred to as Compassionate Communication. NVC theory believes that all human behavior stems from attempts to meet universal human needs and suggests “people identify shared needs, revealed by the thoughts and feelings that surround these needs, and collaborate to develop strategies that meet them. This creates both harmony and learning for future cooperation,” as Wikipedia puts it.

Assertiveness is all about asking for what you need in a manner that respects others. This stands in opposition to being passive-aggressive, something Minnesotans, ahem … have a bit of a reputation for.

So don’t delay. Start channeling your inner boss, as the kids like to say, and let yourself be heard.