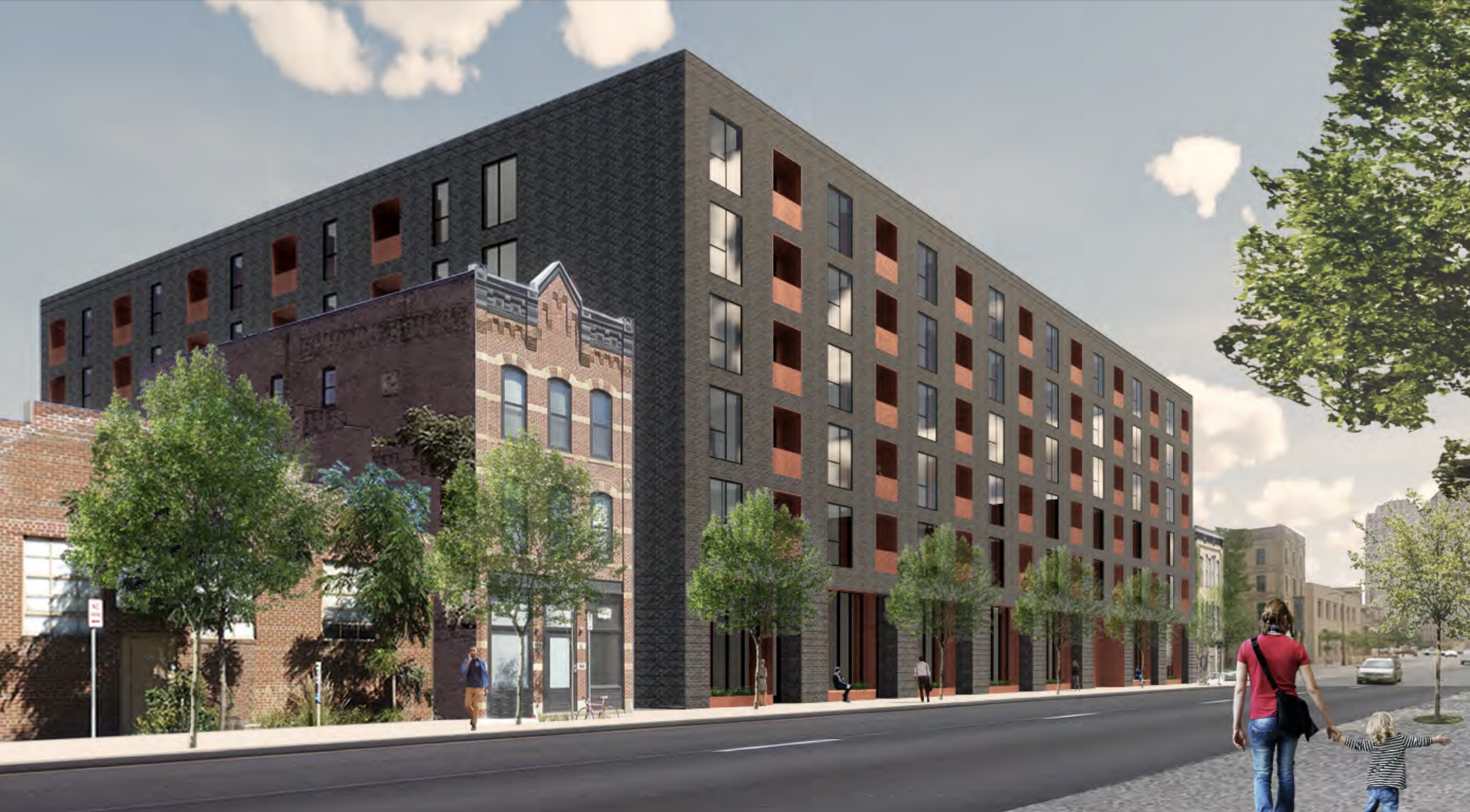 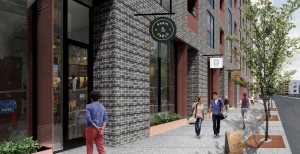 A new proposal from Colorado-based Solaris Redevelopment Corp. for a 155-unit apartment building along a high-profile block of the North Loop has surfaced before the Heritage Preservation Commission. The six-story building would be nestled between 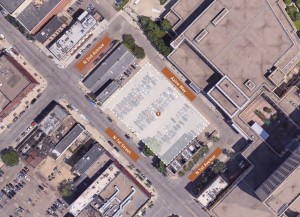 several of the neighborhood’s low-rise historic structures, such as the Foster House and Chicago House Hotel, on the block bordered by 1st Street and Azine Way and 1st and 2nd avenues. Minneapolis-based Snow Kreilich Architects is designing the project and another 156-unit building from Solaris that is currently under construction on the block across 1st Street. The building closer to the Federal Reserve Bank would feature approximately 8,000 square feet of ground-floor commercial space and about 240 underground parking spaces. The project, which replaces a vacant parking lot, had been speculated to be a hotel over the past year.

Alatus is moving forward with a 40-story residential tower proposal after the Minnesota Supreme Court dismissed a petition against the project in August. The Minneapolis-based developer has been fighting litigation against the 214-unit condo project for nearly two years. The glass tower, proposed for the former Washburn-McReavy Funeral Home and the St. Anthony Athletic Club site in the Marcy-Holmes neighborhood, would be built atop of a four-story podium, which would feature ground-floor retail and restaurant spaces. Director of Development Chris Osmundson said Alatus plans to break ground in the first half of 2019.

Sherman Associates is no longer working on a proposal for a 12-story apartment building and a 10-story hotel on the block that Thrivent Financial is planning its new headquarters. “Sherman Associates has elected not to continue pursuing its development project on the same lot as Thrivent’s new corporate center. Thrivent is in the process of inviting other prospective developers to share their ideas for this site,” the company said in a statement. The company said the Minneapolis-based developer’s move won’t disrupt its own construction timeline, as it still plans to complete it in mid-2020. The developer did not respond to a request for comment. Sherman Associates’ proposal would have brought 156 apartments and 135 hotel rooms to the southern portion of the site at 7th & Portland.

The City Planning Commission approved via its consent agenda a plan from Curt Gunsbury’s Solhem Cos. to build a 153-unit mixed-use apartment building that would surround Day Block Brewing in Downtown East. The nine-story, market-rate building would displace a one-story commercial building home to Grumpy’s Bar and a surface parking lot. The new construction would have one commercial space for an Ox-Op Gallery. Gunsbury expects to break ground this fall and complete construction in the spring of 2020. The proposal only required one variance to reduce a loading requirement from one small space to zero spaces.

City planning staff told a neighborhood group in August that they are recommending Los Angeles-based AECOM get exclusive development rights to a city-owned parcel near the Guthrie Theater. The multinational firm responded to a city request for proposals earlier this year with plan for an eight-story condo building with 80 units, ground-floor commercial space and 18,000 square feet of office space for the nearby American Academy of Neurology. The project was the only one of four proposals to feature owner-occupied units, something that representatives of the Downtown Minneapolis Neighborhood Association preferred. At a development cost of at least $65 million, AECOM’s proposal offered the city the most for the thin parcel along Washington Avenue.

The City Planning Commission voted Aug. 13 to approve two proposals from M Club Properties for two low-rise apartment buildings built side by side in the Sheridan neighborhood. The two three-story buildings would form a complex of eight units with a shared driveway. Each unit would occupy two floors and have four bedrooms. The projects required a rezoning from an R2B Two-Family District to R3 Multi-family District. DJR Architecture is responsible for the buildings’ design.

Harlem Irving Cos. and CA Ventures are proposing to build a 350-unit apartment complex on a vacant site at Washington & Hennepin. A representative from Minnesota-based Tushie Montgomery Architects, which is designing the project, recently presented a preliminary concept to a neighborhood planning committee. It would consist of two towers of 18–20 stories with more than 20,000 square feet of retail space. The lot previously saw a proposal from Shamrock Cos. called Eclipse, what would have been a 20-story residential building with 360 units. The parcels are currently owned by Dolphin Staffing and 21st Century Bank, which operates a bank on an unaffected portion of the block. 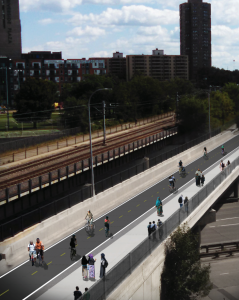 A pedestrian and bicycle connection over Interstate 35W between downtown and the Cedar-Riverside neighborhood opened Aug. 23. The project, called Samatar Crossing, is named after Hussein Samatar, the first Somali American in Minnesota to be elected to public office. He died in 2013. The project connects 5th Street South between 11th Avenue South and 15th Avenue South by repurposing the closed 5th Street ramp from Interstate 94 into downtown.

Falcon Ridge Partners is on track to open the rehabilitated Campbell-Logan Bindery building as the 21-unit Smyth Lofts this fall. Amanda Hawn, a partner with the firm, said the unit mix of the building includes one-bedroom, two-bedroom and three-bedroom units. The project has already attracted several commercial tenants, with another soon to be announced. Parc Boutique and Mulberry’s Garment Care are slated to open on the ground floor. Downtown Resource Group is handling the initial residential leases.

Voyageur Investments is proposing several changes to a three-story brick building in the Warehouse District. The building owned by software company Clientek, its sole tenant, is located among several much taller office buildings along 2nd Avenue next door to Cowboy Jack’s. A plan submitted to the Heritage Preservation Commission calls for adding a wide metal canopy, removing entry steps that were built in 2004, installing exterior lighting and putting in signage. The building, known originally as the F.B. Scott Wholesale Grocery, was last rehabilitated in 2004.