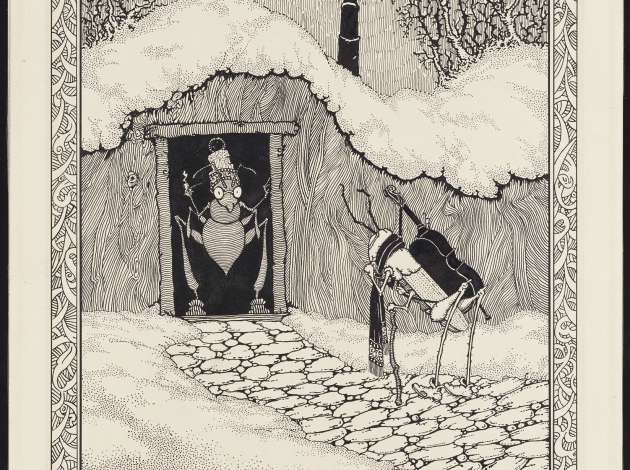 Who is Richard Holzschuh?

Until very recently, even Google wouldn’t have been much help answering that question. But now the obscure Minneapolis illustrator is the subject of a surprising and utterly charming exhibition of prints and drawings that is a must-see for anyone visiting the museum with kids.

The improbable story behind the exhibition begins with an unexpected call to Tom Rassieur, Mia’s John E. Andrus III Curator of Prints and Drawings. The voice on the other end of the line introduced himself as Jim Hogan.

“He said his stepfather liked to draw and he was interested in a museum that would want to keep his drawings,” Rassieur recalled. “This is not usually a propitious kind of call. But I said, ‘Show me what you’ve got.’”

Hogan, who lives in Hudson, Wis., drove to Minneapolis and brought with him several three-ring binders filled with reproductions of his father’s artwork. At Mia, he and Rassieur flipped through the richly detailed fantasy images, many inspired by fairy tales and fables, others drawn from Holzschuh’s lively imagination.

“From the first page, I was enchanted,” Rassieur said. “I mean, they were really wonderful, you could see. I just couldn’t believe it.”

Holzschuh (1898–1968) was active during and after what’s referred to as the “golden age” of illustration in the late 19th and early 20th centuries, before photography came to dominate visual culture. At the time, new technologies for reproducing and printing detailed illustrations combined with a growing appetite for illustrated books and mass-circulation magazines.

It was also a golden era for children’s books; think of Beatrix Potter, the English author and illustrator who created Peter Rabbit, or American illustrator N.C Wyeth, whose paintings brought scenes from “Treasure Island,” “Robin Hood” and the King Arthur legends vividly to life.

Regarding Holzschuh’s work, Rassieur draws comparisons to Arthur Rackham and Kay Neilson, children’s book illustrators who set their intricately detailed fantasy scenes in a lush natural world of forests, lakes and mountains. With Rackham, Holzschuh shares a penchant for near-microscopic pen work — both artists will delineate every twisting twig and leaf on a gnarled old tree — and his bulbous-nosed hags and spindly-legged elves demonstrate a gift for humorous caricature.

The big difference is Holzschuh never made illustration his main profession, despite years of training at art schools in Minneapolis, Chicago and New York City.

“Along the way he realized his passion was for book illustration, but he (also) realized the probably would be unable to support a family on that as a career,” Rassieur said. “So he wound up becoming a bookkeeper and subsequently an accountant — I believe for Standard Oil — but he continued to be a very creative guy for his own pleasure and that of his family and friends.”

Holzschuh and his sister, Alma, collaborated on several now-forgotten children’s books that were published in the 1920s. (The interwar period was an era of widespread anti-German sentiment, so the siblings used the last name Hudson instead of Holzschuh in print.) In modern parlance, the books are “mash-ups” that mix-and-match other author’s characters and settings, sending Peter Rabbit on adventures in Wonderland, for instance.

Holzschuh was an active member of a Minneapolis artists’ group, the Attic Club, and taught etching classes. Rassieur dug up a newspaper notice for a solo show at the Beard Gallery in 1929.

“He had some local notoriety, but basically he was forgotten,” he said.

Thanks to donations from Hogan and his siblings, Holzschuh’s archive now has a home in Mia’s collection of prints and drawings.

For Holzschuh’s Mia debut, Rassieur mounted the framed prints, drawings and watercolors at child’s-eye level. Older (or taller) fans of illustration have to stoop to take in the rich details of Holzschuh’s work, but this rediscovery is worth it. 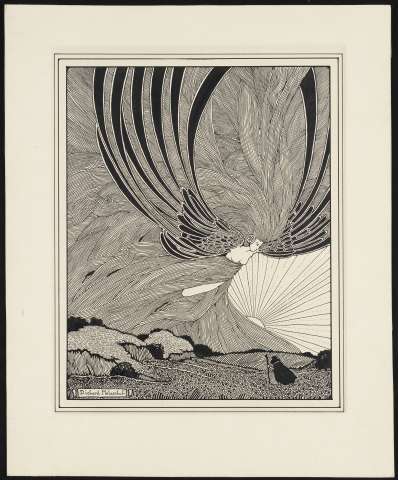