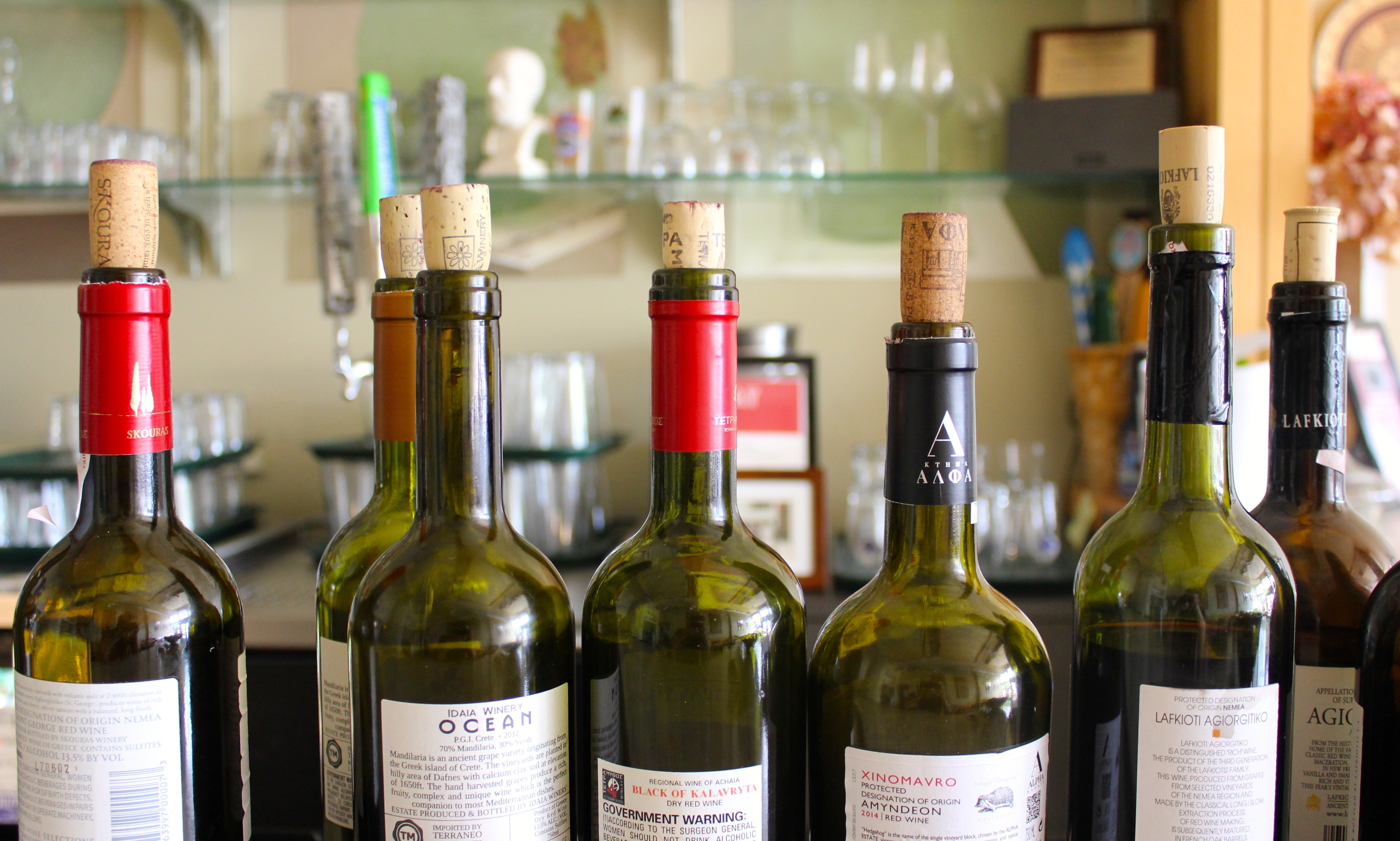 Inside Gardens of Salonica there’s a Greek wine bar. Photos by Eric Best

Gardens of Salonica has stood the test of time in the Nicollet Island-East Bank neighborhood.

Founded in 1991, the restaurant, named for a Greek city more than 8,000 miles away, offers traditional Greek eats from the kitchen of Chef Anna Christoforides and her husband Lazaros. Christoforides describes the country’s food, one of the world’s oldest culinary traditions, as “foraging and scavenging cuisine.”

“It’s fun to go back. It has a more varied and rich cuisine,” she said, talking over the phone before heading to an opera in Athens.

Before it was a restaurant, Gardens of Salonica began in 1989 as a wholesale business specializing in Boughatsa, hand-rolled pastries made of phyllo dough that can be made savory or sweet.

“It really started from the pastries,” she said. 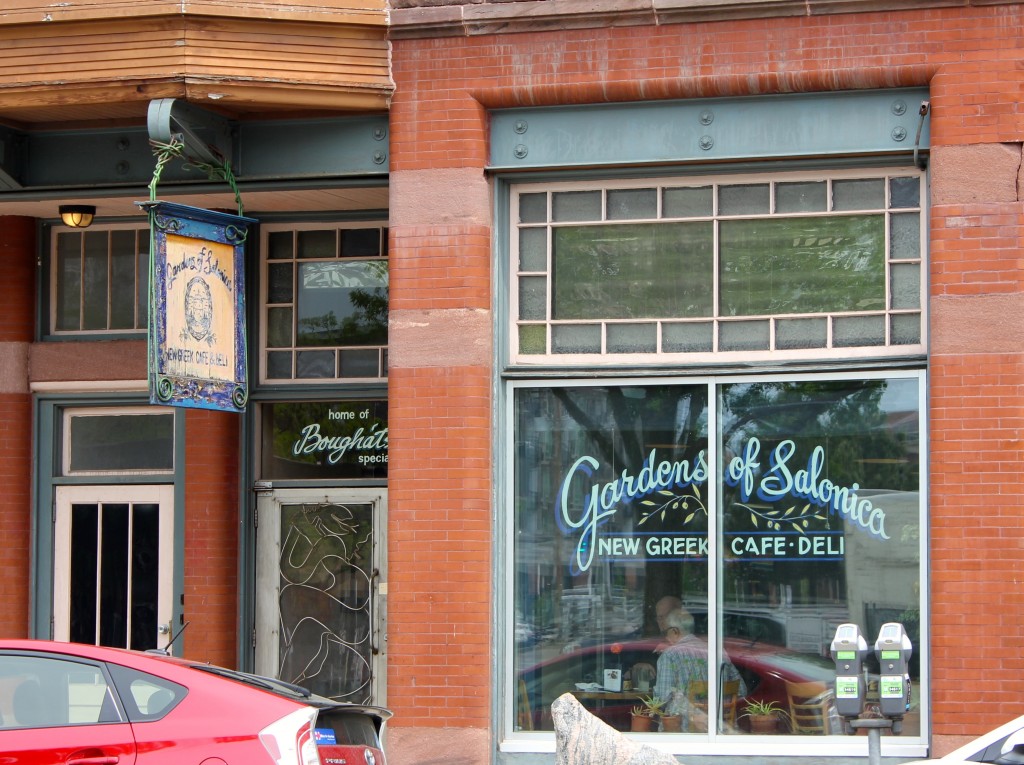 Christoforides and Lazaros lived in student housing on what was then Como Avenue and studied at the University of Minnesota. Her program was in Russian and Byzantine art history and her husband was studying sociology.

“It had nothing to do with business, right? It had to do with philosophy and beauty. That’s the basis of our effort,” she said.

After a couple years of selling at events like the Uptown Art Fair, the two bought their current building and started the restaurant, which was originally a café focused on the pastries, soup and takeout orders. Then, when guests started sitting down to enjoy the food, Christoforides said it became more of a cafeteria and then the restaurant it is today.

“By the time we opened we already had a following. They were literally banging on the doors,” she said. “We became a bit of an overnight sensation.”

Gardens of Salonica is known for its lamb shank as well as its vegetarian, vegan and gluten-free menu items. Lazaros convinced her to add baklava to the menu, but Christoforides makes it her own way with different kinds of nuts, organic orange peel and local honey. Christoforides said they use local, natural and organic ingredients when available and the cooking is just how she cooks at home for her family. Diners won’t find special deals and coupons here. Christoforides said their food prices are already as low as they can go.

“Whatever we do we try to do the very best we can, and make it a good price,” she said. 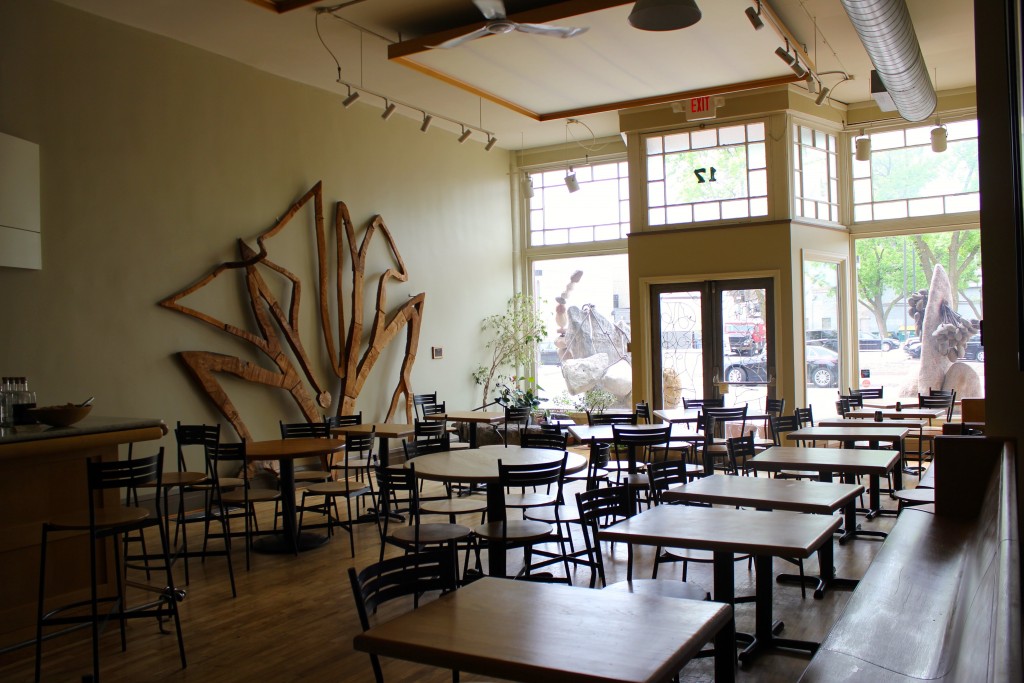 The menu has shrunk over the years to focus on five classic entrees with regular specials, a strategy to keep the restaurant lean and sustainable. In the past few years Gardens of Salonica has started making its own gyro meat a couple of days a week, and Christoforides said she’d like to make it more regularly. Each month brings a new kind of meat, from traditional pork and lamb to the more unusual capon, turkey, duck and pheasant.

“We’re trying to do new things with a real tried-and-true authenticity,” she said.

Along with new items, new guests are also coming through the door. The Nicollet Island-East Bank neighborhood has seen the development of several large apartment buildings, including several within a block or two of the restaurant. Before, Christoforides said she could look out into the dining room and recognize several repeat customers. Now there are new people to acquaint to authentic Greek food.

“There are a lot more new faces. It’s another opportunity to reintroduce ourselves and bring more food out to people, and that’s a good thing,” she said. “Right now, we’re just trying to stay alive.”

Despite it changes over the years, the restaurant has never lost touch with Greece. Christoforides said she tries to spend six weeks of the year in the country, hosting private tours as well as occasionally heading to Europe with college students. This year the restaurant will close for two weeks for these Greek excursions.