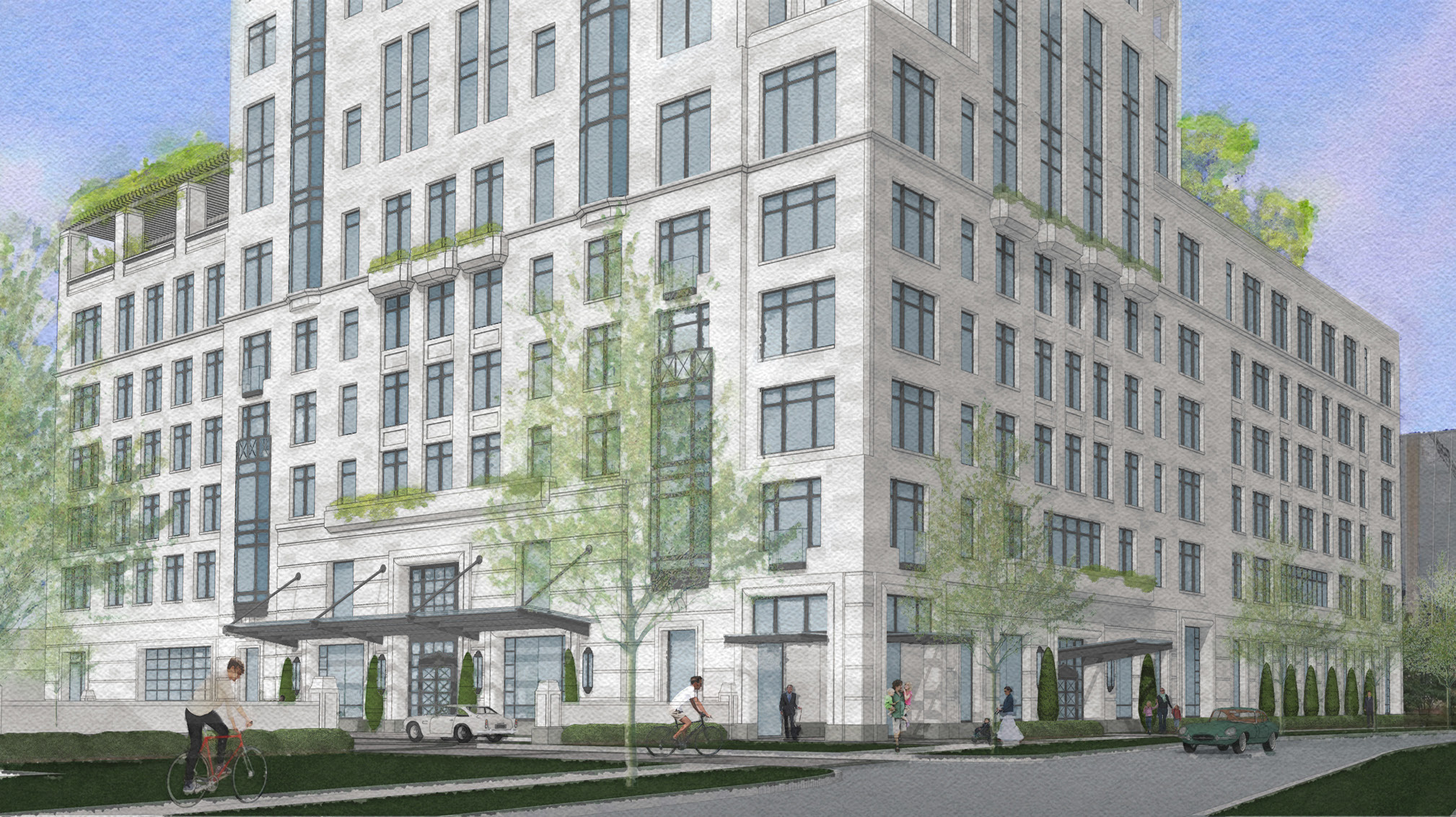 Two developers say they are planning the next landmark skyscraper in Minneapolis.

Minneapolis-based Ryan Cos. and Luigi Bernardi recently announced a proposal for a 39-story “ultra-luxury” condominium tower for a site near Gold Medal Park in the Mill District.

“Minneapolis has such extraordinary architecture that we wanted to add to that for this generation. It’s been that long since Minneapolis has had a high-rise designed by a star architect,” he said. “RAMSA has a pedigree of doing extraordinary high-rise condo towers around the country and globe. … They bring all those experiences to this project to our benefit.” 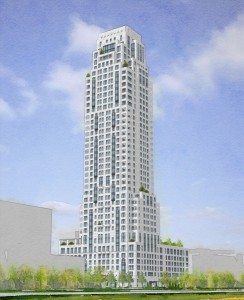 The project, dubbed Eleven for its 1101 West River Parkway address, would feature 101 units, a large landscaped rooftop deck with a pool and 3,000 square feet of commercial space lining its parkway side. The development team hasn’t released a project cost or prices of the units, but the condos would represent the top of the local real estate market.

The site, which Ryan sold last fall to an LLC associated with Bernardi’s company Arcardia, is located across Gold Medal Park from the Guthrie Theater. Runck said Eleven, the developer’s first downtown condo project, will bookend the riverfront with the Carlyle, another high-end condo tower, on the opposite end.

“The riverfront is our Gold Coast, our Lake Michigan, our ocean. It deserves this sort of anchor in this location,” he said.

Paul Whalen, a partner with the New York-based firm, will be the lead design architect on the project.

“We want to bring urban living in Minneapolis to a new level,” he said in a statement, “but just as importantly we want to anchor the east end of the city’s riverfront with a visually powerful statement and a community that will enliven the neighborhood’s streets, paths and parks.”

RAMSA is known for designing many of New York’s iconic towers, such as 15 Central Park West, the Chatham and 220 Central Park South. It has an international reputation with projects in China, Japan, Australia and several cities across North America and Europe.

Mike Ryan, the developer’s senior vice president and market leader, said he started his career with the architecture firm.

“I’ve witnessed firsthand the impact a RAMSA building can have on a market and a skyline. It sets a tone for others to follow,” he said.

Wanninger said Eleven will be the “premier address in the city” with terraces the size of living rooms, massive windows, floor plates beginning at 1,600 square feet and a maximum of just five units per floor.

“We’re designing this tower to meet a market that has not been addressed in the Twin Cities at all,” he said.

Overall the Twin Cities condo market has seen little new supply in recent years. Wanninger estimated that very high-end units are only on the market for about half a day before being sold.

The developers met with the Downtown Minneapolis Neighborhood Association in March and aim to get approvals from this city this spring. Joe Tamburino, who chairs the DMNA, said in recent years downtown has seen a huge influx of rental buildings, which tend to be smaller, more cheaply built and have less parking than the area’s owner-occupied buildings.

Tamburino said the group is likely to recommend the project after a meeting in mid-March.

“(Eleven) is exactly what we wanted in the neighborhood,” he said.

Eleven would be built roughly adjacent to the Legacy, downtown’s only condo project currently under construction. Of the 17-story Legacy building’s 374 units, 192 have been sold and five are reserved, its website notes. Residents are slated to begin moving into the building in August.

The only other condo project planned for the area is a 40-story tower that Alatus proposed for the site of a former Washburn-McReavy funeral chapel and the St. Anthony Athletic Club site at 2nd & Central in Southeast Minneapolis. The Minneapolis-based developer hopes to wrap up pending litigation related to the project this spring, according to a spokesman.

Eleven could break ground as soon as later this year. With a full two years of construction, the building would be ready of occupancy in late 2020.

Bernardi, who recently developed the North Loop’s Velo apartment building and Aurora on France in Edina, said the project will be an investment in the city.

“Not only will this building feature exceptional views of downtown and the Mississippi River, the design and quality of this building will add enduring value to the community,” he said.

More information will be available at elevenontheriver.com.